The Best Spots For Food Shopping In Kurtuluş, Istanbul

Fırınbank | © Feride Yalav
Originally built in the 16th century as a residential area for Chian Greeks who worked in the Ottoman dockyards, the Kurtuluş neighborhood (formerly known as Tatavla) reached a population of 200,000 during the 19th century. Also called ‘Little Athens,’ the area had several Orthodox churches, schools, and tavernas, some of which still exist today. Six years after the foundation of the Republic, the neighborhood was renamed Kurtuluş, which translates into ‘liberation.’ Until the riots of 1955, Kurtuluş continued to be a Greek community, and its many beautiful neoclassical houses still stand today. Nowadays, the area is home to a small Greek population (almost entirely emigrated), Turks, Armenians, Kurds, and Jews. With such a rich history and ethnic diversity, it’s no wonder that Kurtuluş Caddesi (the area’s main road) is full of eclectic food spots, with everything from the sweet to the savory.

When you walk down Kurtuluş Caddesi, you won’t miss the sign for Göreme Muhallebicisi, which uses the fairy chimneys of Cappadocia as a logo. Inside, you’ll find all kinds of delicious Turkish milk desserts, but as the name suggests, the most famous from the selection is the muhallebi, a thick pudding flavored with mastic (resin from the mastic tree) and most often topped with cinnamon and served cold. Also, be sure to try the kazandibi (thick pudding with a slightly burnt caramel top) and Fırın Sütlaç (baked rice pudding). 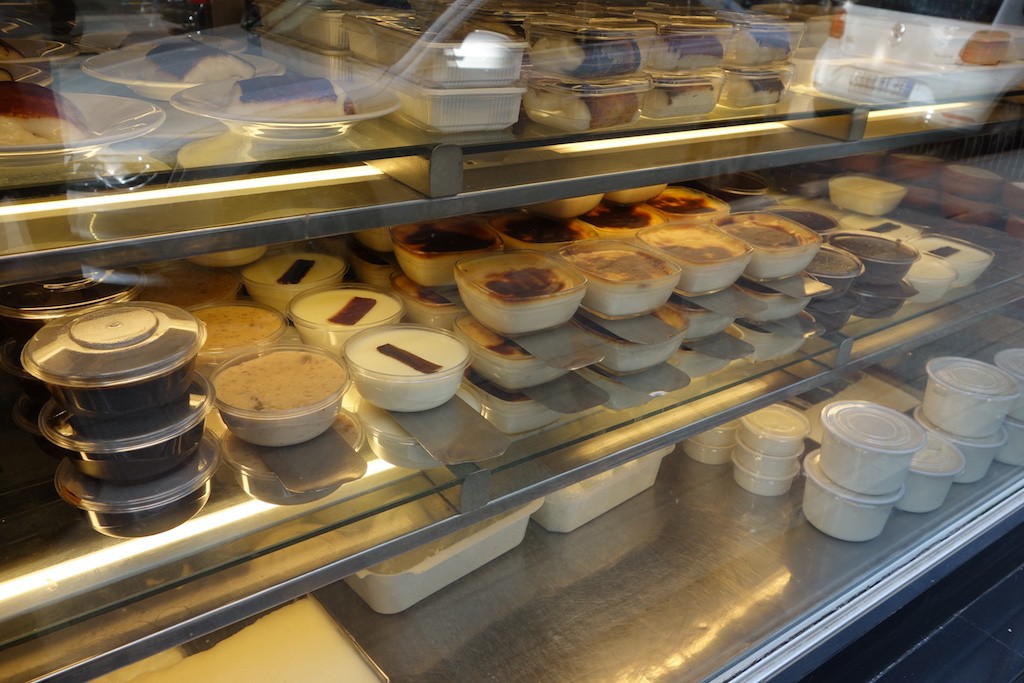 With several branches to its name, Fırınbank (or Fırın Arma) is one of the most popular bakeries in this neighborhood, serving its loyal customers since 1960. Once you walk in, you’ll understand why: there are rows and rows of delicious baked goods that range from specially made cakes to millefeuille to savory cookies, all of which can be enjoyed with tea. During Easter, Fırınbank also goes all out with colorful eggs and bunny decorations as well as special cakes and pastries including Tsoureki (a sweet Greek Easter bread with almonds). 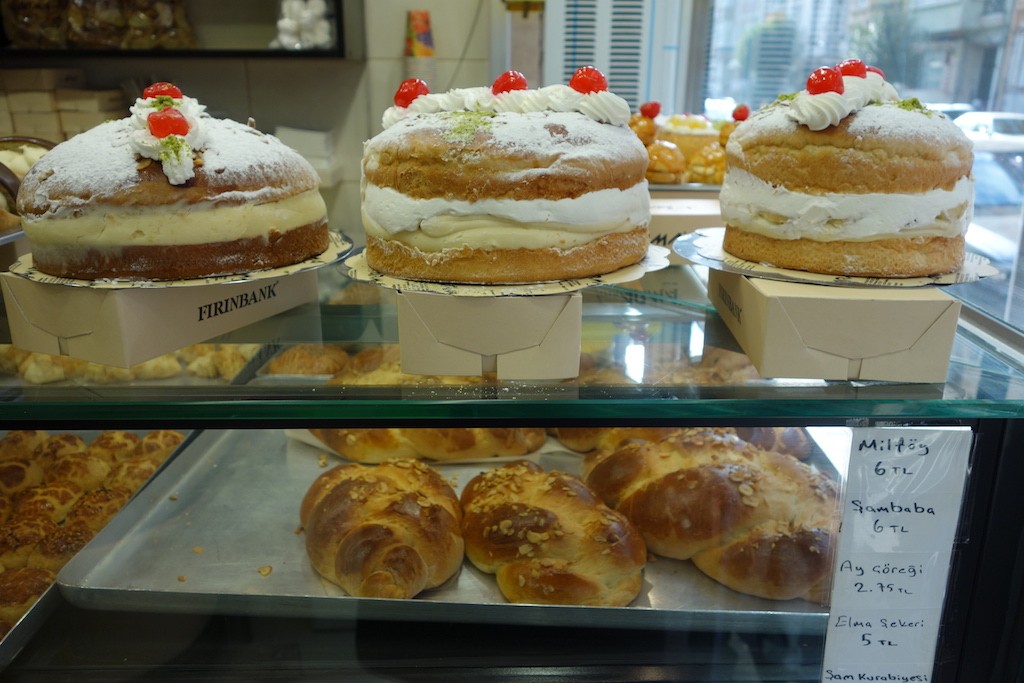 Pelit Turşuları has one of the most colorful window displays on the street, so there’s no way to walk past it without taking notice. Arranged all around a neon sign are jars upon jars of pickled fruits and vegetables – a classic staple found in Turkish kitchens. From corn to pickles, tomatoes to carrots, there seems to be nothing that Pelit won’t put in a jar. Sometimes people drop by just to have a glass of their pickle juice, as it’s known to be quite healthy. 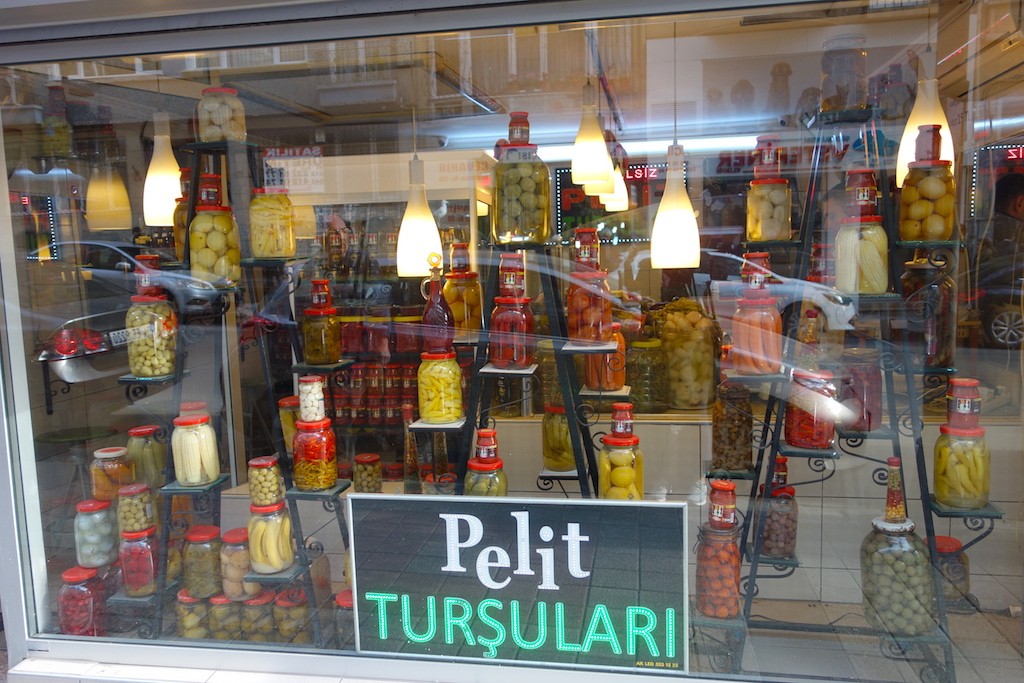 Since 1989, Damla Dondurma-Boza has been serving up various flavors of Turkish ice cream, which is known for its hard consistency due to the inclusion of salep (the root of the orchid plant). You’ll find all kinds of delicious flavors from mastic to chocolate, strawberry to hazelnut, as well as a crunchy chocolate sauce. In the winter, be sure to try Damla’s Boza, a very popular fermented beverage made from millet and topped with cinnamon and roasted chickpeas. 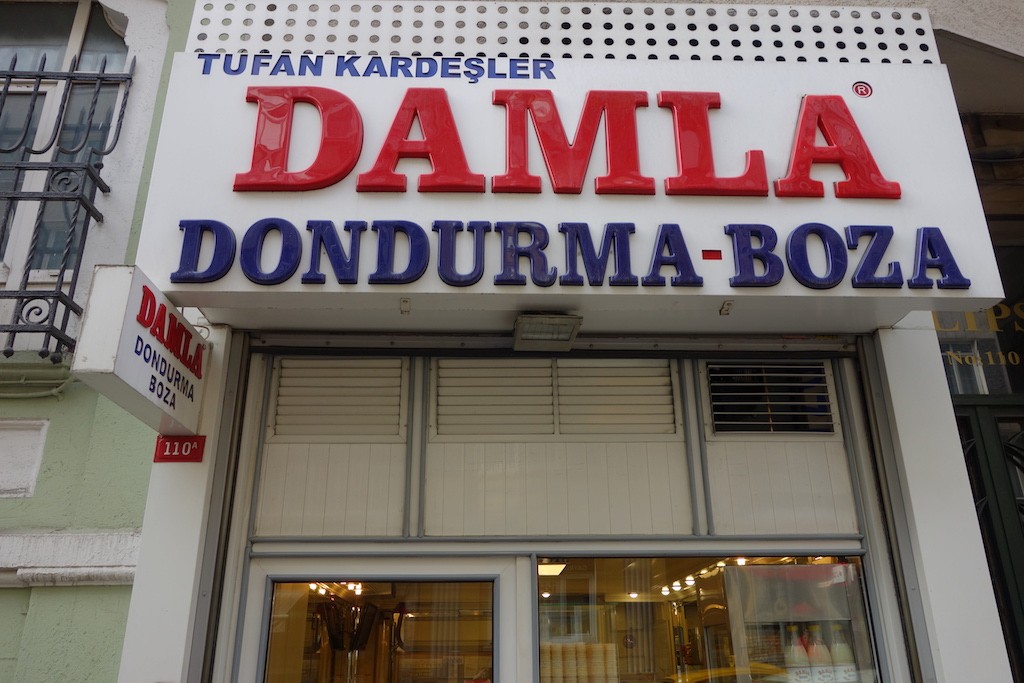 Restaurant, Turkish, $$$
Madame Despina | © Feride Yalav
One of the last tavernas to survive modernity, Despina’nın Meyhanesi was established in 1946 and moved to Kurtuluş in 1970. One of the few taverns to have been operated by a woman, Gökçeada native Madam Despina’s black-and-white portrait still hangs at the entrance of this classic meyhane, where empty wine bottles on tables signify a reservation. Popular with the local crowd, you’ll find that the restaurant’s trademark topikand yaprak ciğeri are always perfectly prepared.
More Info
Open In Google Maps
9 Açık Yol Sokak, İstanbul, 34377, Turkey
+902122473357