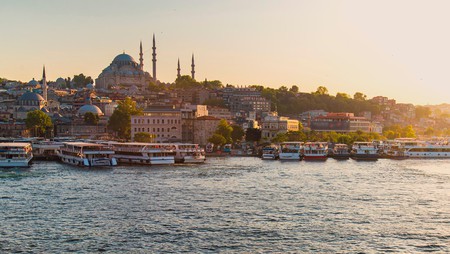 One glance at the exquisite tile work that covers the gilt-edged Topkapı Palace shows that the city of Istanbul is synonymous with opulence. Although they might not quite be palaces, these luxury hotels are fit for royalty.

You’ll find some of Istanbul’s most exclusive hotels exactly where you’d expect them – hugging the shores of the Bosphorus, in one of the city’s tallest skyscrapers or in the Neoclassical masterpiece that was custom-built to partner the Orient Express. Others are less obvious, with one housed in an old raki distillery and another in an Ottoman-era prison. Get the credit card ready – these are the most luxurious places to stay in Istanbul. 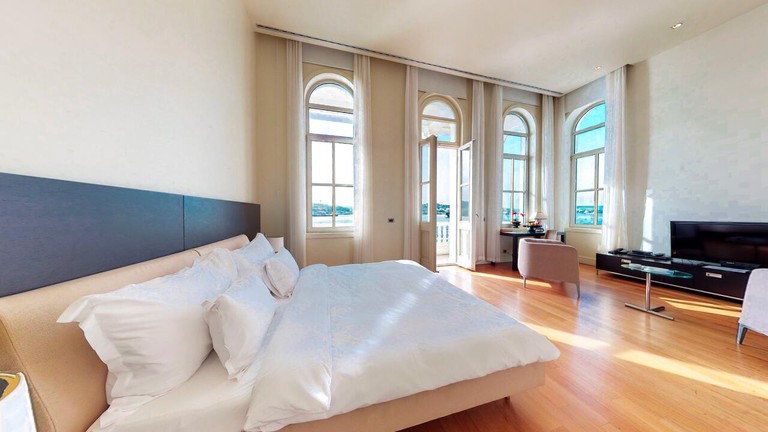 Courtesy of A'jia Hotel / Expedia
View Rooms
Right on the banks of the Bosphorus, this hotel is perfect for couples looking for a romantic getaway. Book the Bosphorus Pasha Suite with its large patio doors leading to a sunlit private terrace – ready for your morning coffee and eggs. You can even ask the hotel to prepare your room with rose petals scattered across the bed and a candlelit bath. During the day, explore Istanbul from a private luxury yacht, which can be organised through the concierge.
EVERYTHING YOU NEED TO KNOW 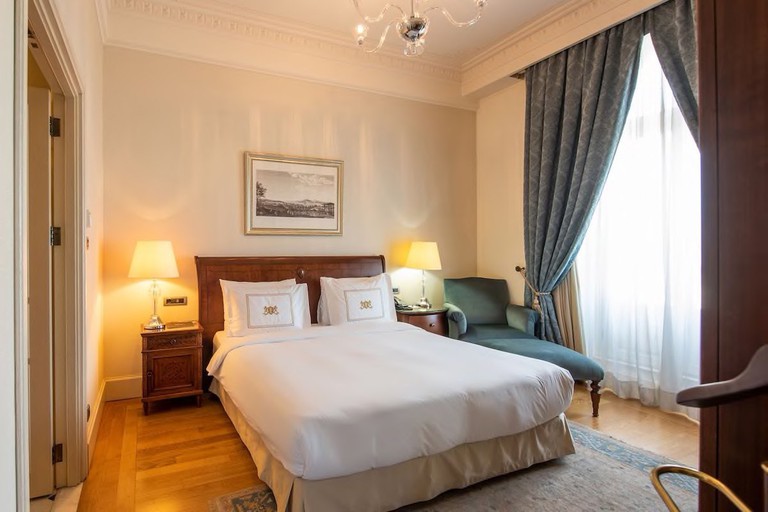 Built in 1892 to house Orient Express passengers about to embark on their long journey to Paris, the Pera Palace is an Istanbul institution. Other than the Ottoman palaces of the time, this was the first building in the country to offer electricity, hot running water and an elevator, which still works today. This opulent 19th-century vibe remains throughout each of its 115 rooms and suites. The hotel is located one block from the boutiques of İstiklal Avenue in Beyoğlu, and foodies will also love their stay here: enjoy afternoon tea in the Kubbeli Lounge, take dinner at the glitzy Agatha Restaurant and have drinks at the dimly lit Orient Bar. 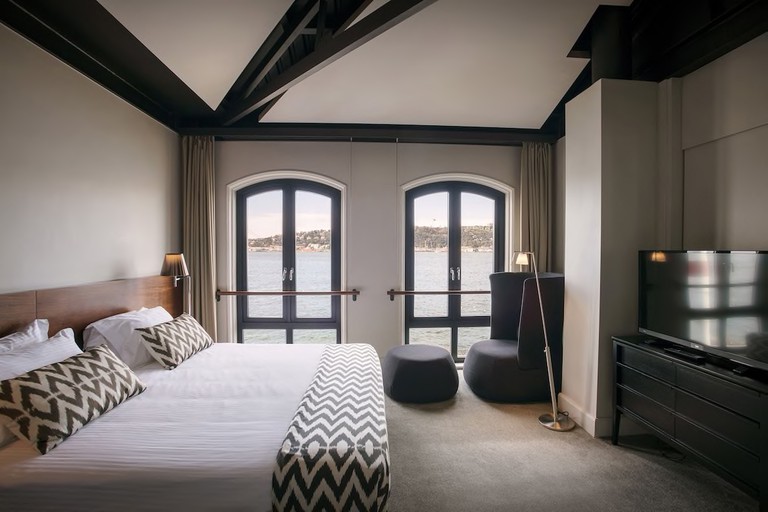 Courtesy of Sumahan on the Water / Expedia
Book Now

Run by a Turkish-American couple whose ancestors owned the Ottoman-era distillery that the boutique hotel now occupies, Sumahan’s 13 bespoke suites flash all the exposed brick, symmetrical windows and steel girders you’d expect from a 19th-century raki factory. North of the 15 July Martyrs Bridge (Bosphorus Bridge) and the Çengelköy ferry terminal on the Asian side of the Bosphorus, Sumahan is surrounded by wooden mansions and fish restaurants; it’s a serene waterside setting to put your feet up and enjoy a meal (and some raki, of course) on the lawns of Waterfront Restaurant. 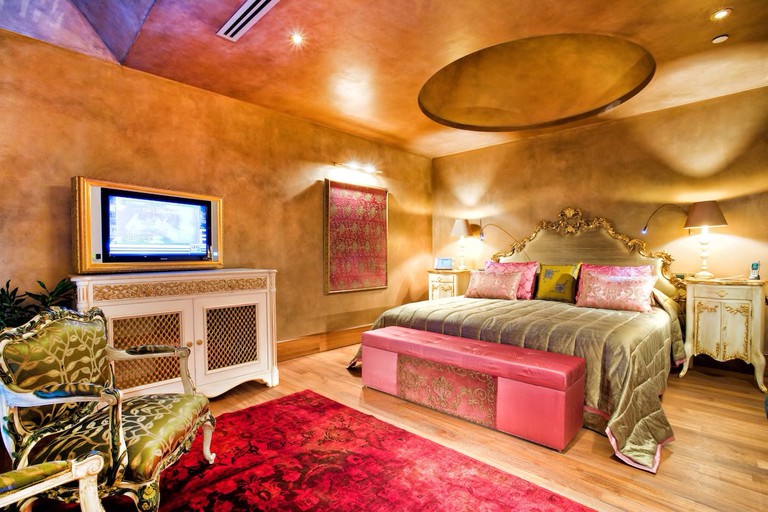 Staring across the water at Sumahan is a small seaside retreat that’s even more opulent than the old raki distillery. This 1790s mansion on the European banks of the Bosphorus burned down in 1933 before being restored to its former glory in the 1980s, becoming an intimate boutique hotel that’s elegant in the extreme. The 10 unique suites are furnished like a palace, with gold paintwork, velvet walls, detailed mosaics, silk throws and black chandeliers, while the upscale restaurant Park Şamdan & the Bar and the intoxicating Caudalie Vinothérapie Spa are further luxurious touches. 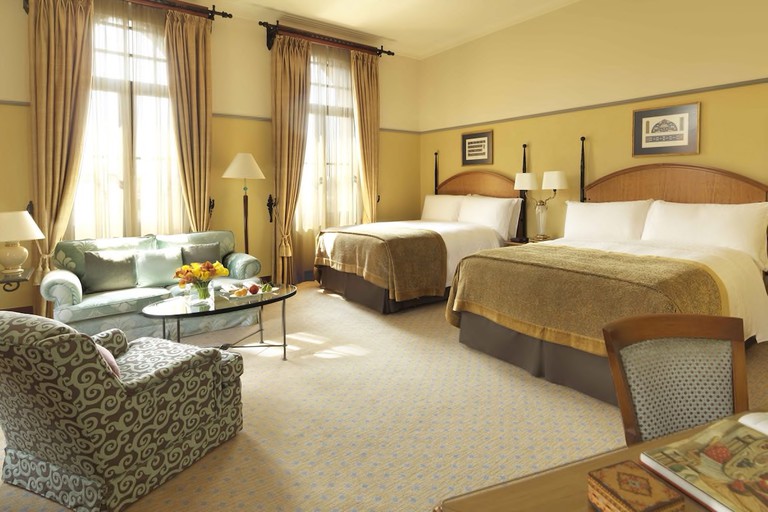 This architectural masterpiece was constructed in the Turkish Neoclassical style in 1918, and is replete with pointed arches, decorative tiles, dramatic domes and an overhanging roof. Its original function? A prison. But the old exercise yard has blossomed into a gorgeous garden, and the cells have made way for 65 five-star rooms that live up to the international standards of the Four Seasons while also echoing the building’s Ottoman roots. The A’ya Terrace makes the most of the central Sultanahmet setting, with comfy al fresco lounges gazing up admiringly at the towering minarets of the Hagia Sophia just metres away. 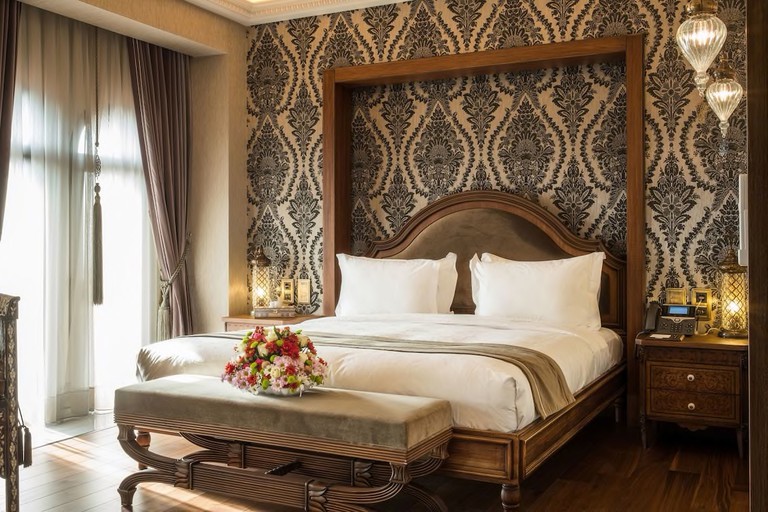 While many of Istanbul’s most luxurious hotels occupy rejuvenated Ottoman mansions, Ajwa built one from scratch. A five-star sanctuary shielded from the buzz of Sultanahmet – roughly halfway between the Blue Mosque and the Grand Bazaar – the hotel’s common areas and 61 rooms abound with mother-of-pearl furniture, silk Tabriz carpets, original artworks, rich marble, hand-painted ceilings and bespoke tile work. Indulge yourself at the Afiya Spa, rent one of the hotel’s Bentleys to explore Turkey’s biggest metropolis and feast on Azerbaijani cuisine at the Zeferan Restaurant overlooking the hotchpotch rooftops of the Old City on one side and the Sea of Marmara on the other. 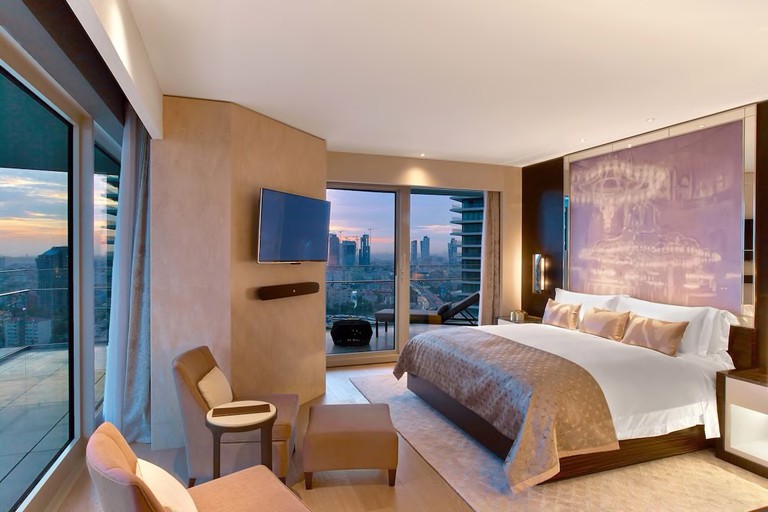 Istanbul isn’t known for its skyscrapers, which only makes this glistening five-star property stand out even more. Everything about Raffles Istanbul is contemporary, from its business district location in the Beşiktaş area of the European side to the hotel’s 185 crisp, minimalist rooms. This 134m (440ft) tower is Raffles’s only foray into Europe, completed in 2014 as part of the upmarket Zorlu Center retail hub. The ultra-modern rooms and six innovative dining options make this one of Istanbul’s most exclusive hotels. 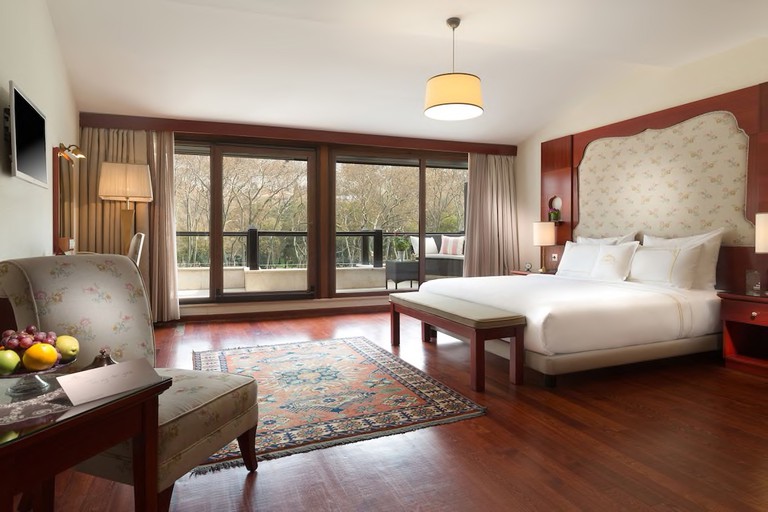 When the Boyaci family opened this hotel 50 years ago, its name was the Sirkeci Konak, the Turkish name for a wooden mansion. The property now has one of the few wooden facades remaining on the historic peninsula, a nod to the 32 traditional rooms inside, each decorated with hardwood floors, Turkish carpets and stately furnishings. Relax in the elegant Neyzade Restaurant, the in-house hammam bath or on your balcony peering over the walls of the lush Gülhane Park next door. 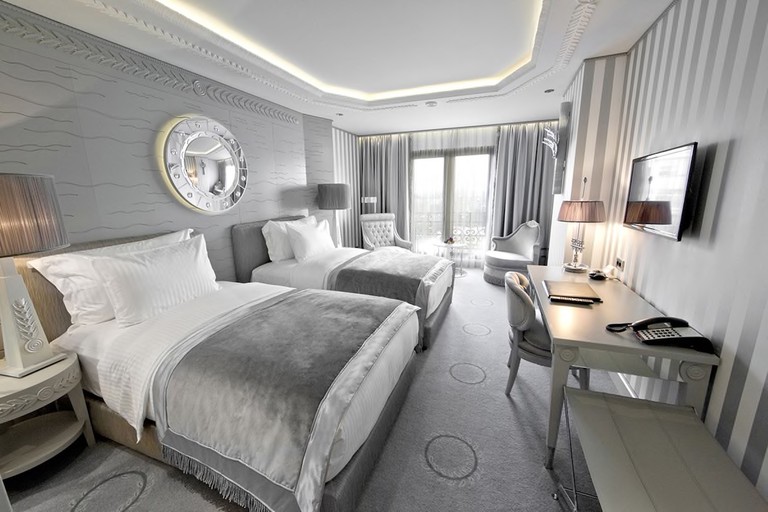 If you’re looking for five-star luxury on a budget, or an escape from the hectic streets of Sultanahmet and Beyoğlu, here’s your hotel. Across the road from the Kalamış Marina in a laid-back Anatolian neighbourhood en route to the Princes’ Islands, this Wyndham property features seven dining options serving delicacies from both sides of the Bosphorus, the soothing full-service Blue Harmony Spa, pools on the roof and in the courtyard and 210 flamboyant rooms. 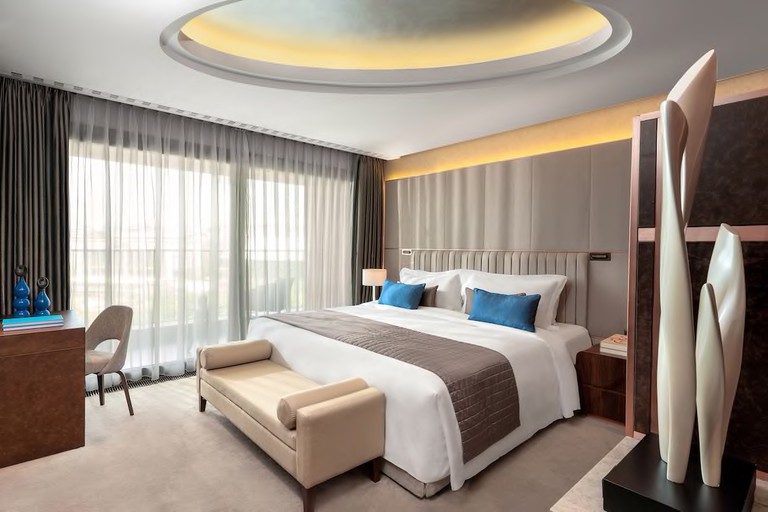 The Nişantaşı neighbourhood has a reputation for being Istanbul’s answer to Fifth Avenue, so there was no better place for New York’s St Regis brand to add a dash of the Big Apple to Turkey. This hotel flung open its doors in 2015, built in the Art Deco style to blend in with the affluent area’s 1920s aesthetic. Wolfgang Puck’s Spago restaurant fuses Turkish and international flavours, the tranquil Iridium Spa feels a world away from the organised chaos of the nearby İstiklal Avenue, and the in-house art collection boasts big names such as Andy Warhol.