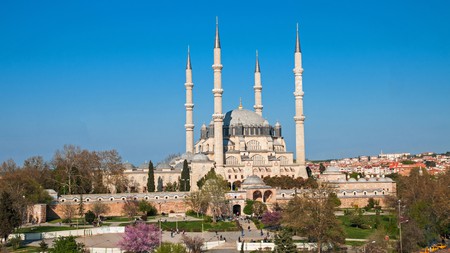 Enjoy the personalised welcome of a boutique hotel while visiting the many Ottoman monuments, like the Selimiye Mosque, in Edirne | © Tarik Kaan Muslu / Alamy Stock Photo

With Ottoman-era mosques, historic bazaars and the annual Kırkpınar Oil Wrestling Festival, Edirne is an essential stop while in Turkey. Make the most of your visit by staying in one of the best boutique hotels in the city – they’re all bookable on Culture Trip.

Edirne, founded by Roman emperor Hadrian and once known as Adrianople, stands close to the borders with Greece and Bulgaria. A spot on the fault line between Europe and Asia means the former Ottoman capital and its hinterland has seen battles and sieges for millennia, making it one of the most contested spots on Earth. Nevertheless, this small city still has an impressive crop of mainly Ottoman monuments – particularly mosques, palaces and caravanserais, plus the tallest minarets in the country. 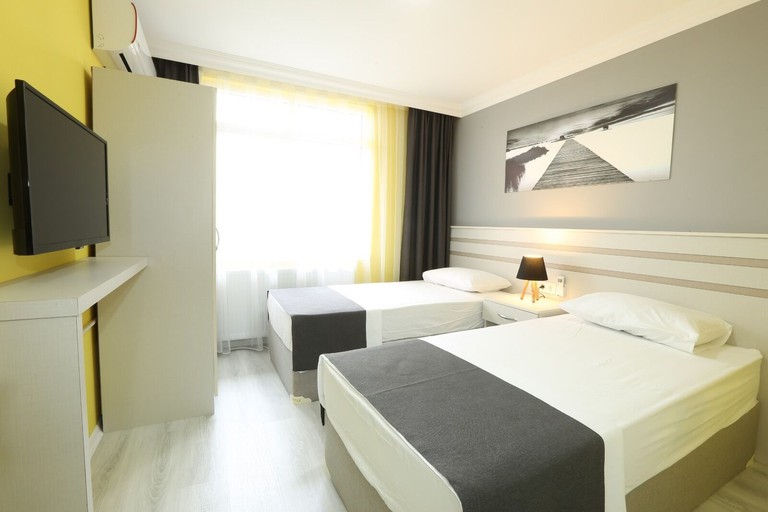 Courtesy of Kaleroom Hotel / Expedia
Book Now
Opened in summer 2020, the Kaleroom stands on a quiet residential side street in the western side of town. The modern three-storey block has an unmissable emerald-green facade with orange-rimmed windows, while arabesque-tiled floors enliven the rather functional but neat communal areas and corridors. Rooms are modern, compact and have standard white furniture, their inoffensive minimalism and taupe decor brightened with lemon-yellow walls, prints and paintings.
Open In Google Maps
No.37 İnönü Caddesi, Edirne, 22100, Turkey
+902842121177
Visit Website
Give us feedback 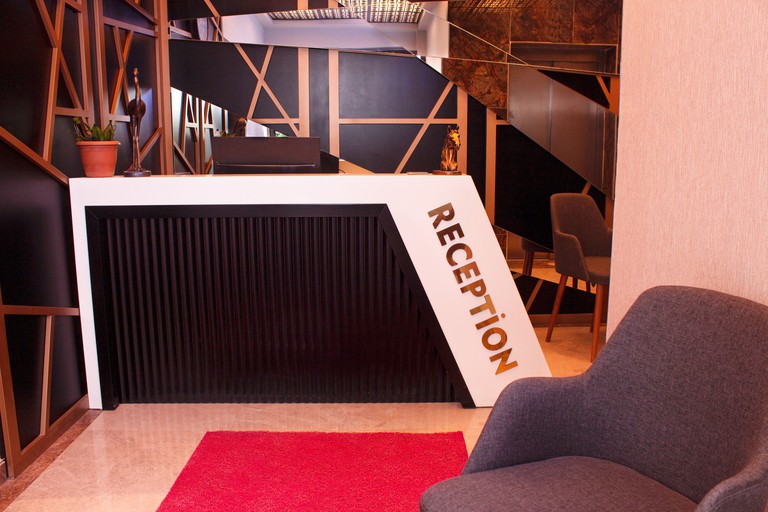 Courtesy of Hotel Concept Royal / Expedia
Book Now
Cheery red awnings shade the attractive planter-fronted café terrace of the Concept Royal, which wraps around the street-facing frontage. The gleaming modern low-rise features modest single, double and triple rooms, all with a similar palette of cream and beige that’s replicated in the hexagonal tiles and backlit mirrors in the bathrooms. Corridors even have polished marble floors with runway-like LED lights to guide you in for a smooth bedroom landing in the event of a power failure.
Open In Google Maps
No:3 İlhami Ertem Caddesi, Edirne, 22100, Turkey
+904445199
Visit Website
Give us feedback 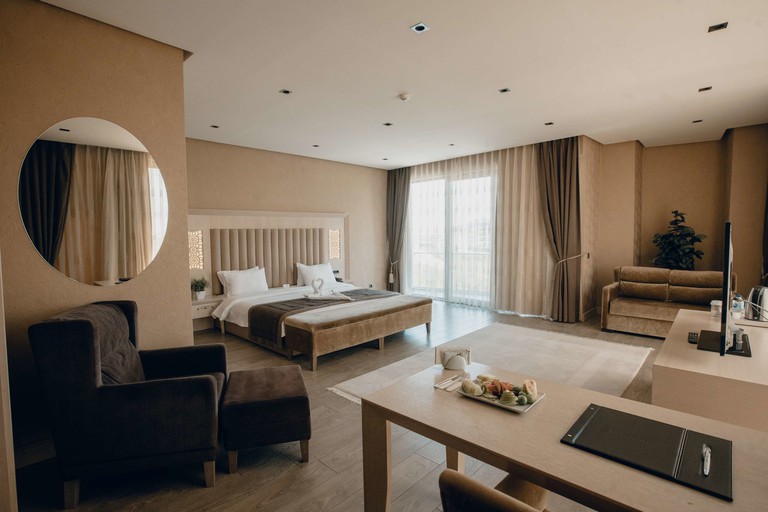 Courtesy of Hilly Hotel / Expedia
In the northern outskirts beside a main road, the Hilly stands on gently elevated ground. Despite the rather unassuming facade, interiors are surprisingly snazzy with plenty of recessed lighting sharpening the shapes and patterns of the lobby ceilings. Rooms are spacious and tastefully decorated in muted browns, greens and cream; business rooms get you a balcony, expansive suites a handsome decorative headboard. Two smart restaurants serve mostly traditional Turkish and regional cuisine.
Open In Google Maps
No:254 Kıyık Caddesi, Edirne, 22030, Turkey
+902842144559
Visit Website
Give us feedback 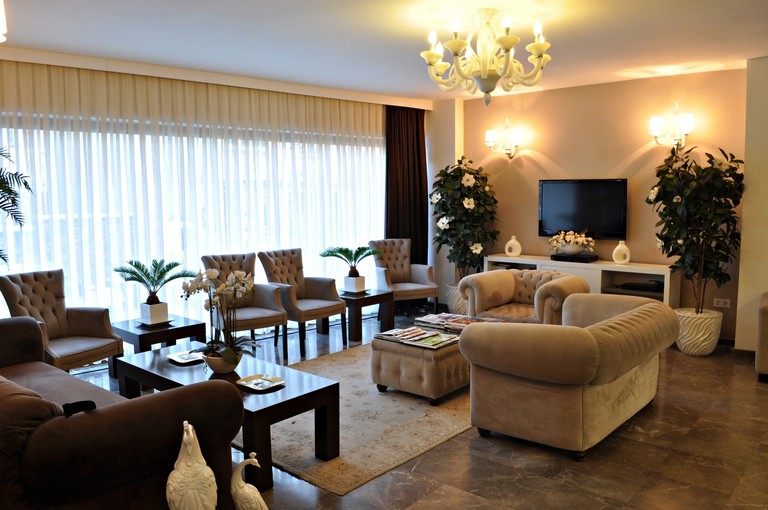 Within walking distance of the major sights and attractions, Hotel Edirne Palace is a simple yet comfortable accommodation option. Rooms have an unpretentious design decked in white and gold, while modern amenities such as orthopaedic beds, 24-hour room service and free tea and coffee are part of the service. The free breakfast buffet is also worth a mention and features delicious tastes native to the region. 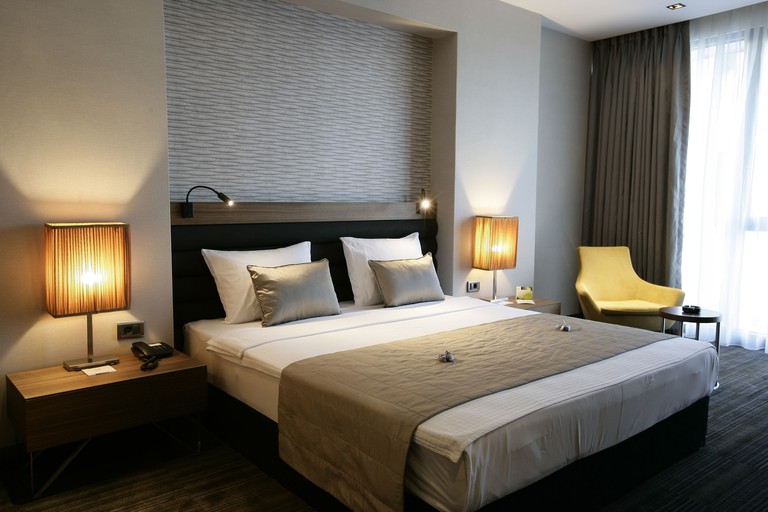 One of the more modern lodgings in Edirne, Rys is a bit further from the city centre for those who like quiet. You’ll find modern rooms in dark brown hues, a café and bakery, an all-day dining restaurant, a sports-themed bar, and the elegant Vargo Restaurant for dinner. The in-house LiveLife Spa is also a great place to get some exercise or unwind from a long day of sightseeing. 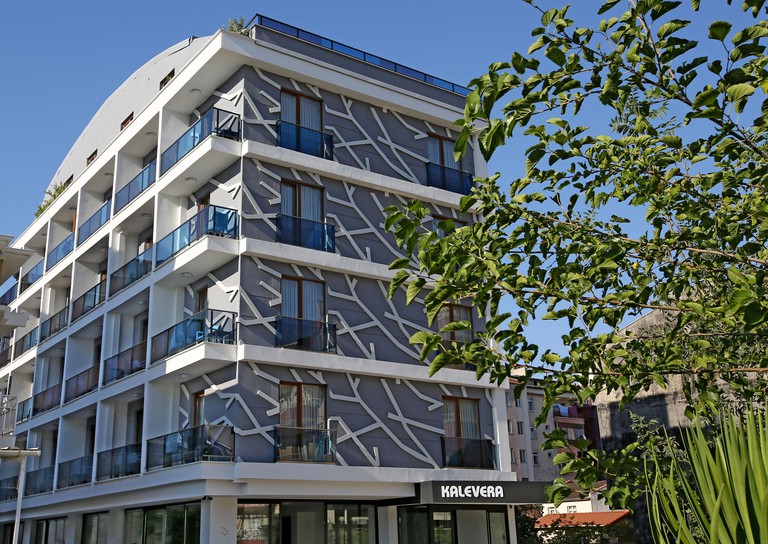 Close to the city centre, the Kalevera Hotel has rooms decked in wood panelling and modular beds that can be moved according to your needs. Perfect if you want a clean and modern room without all the extras – Kalevera has high standards at affordable prices. 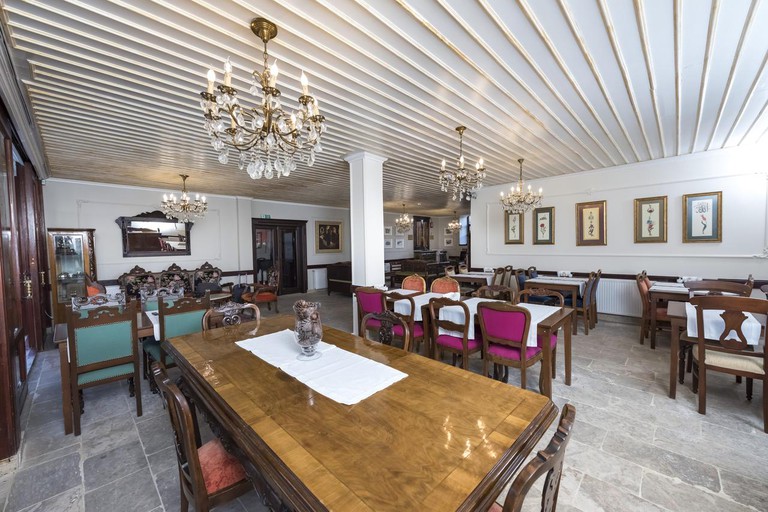 Tucked behind the magnificent Selimiye Mosque, Taşodalar Otel is inspired by the historic surroundings, exuding an Ottoman-esque aesthetic in decor. Set within a renovated Edirne house, rooms are decorated with Ottoman-style furniture while also featuring all the expected modern amenities. In the warmer months, the hotel terrace is a great place for a drink, while the breakfast buffet is a reason to get up early in the morning. 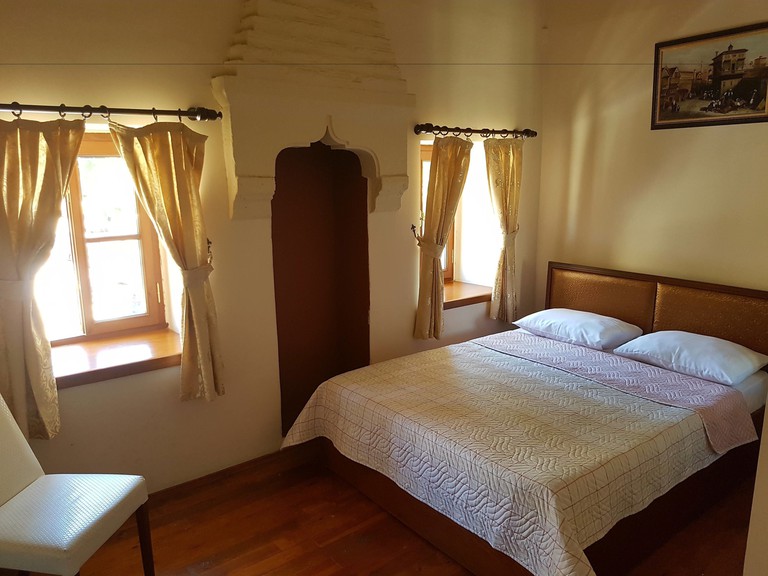 Taşhan is a great option if you’re a budget-conscious traveller who appreciates the odd traditional trinket. Occupying a beautiful old stone house in the city centre (also within walking distance of Selimiye Mosque), the hotel has bikes for hire so you can tour the city on two wheels. The simple rooms have an Ottoman touch, whether it’s an antique gas lamp or an Iznik tile plate hanging on the wall, and there’s a restaurant, garden and lounge in which to chill. 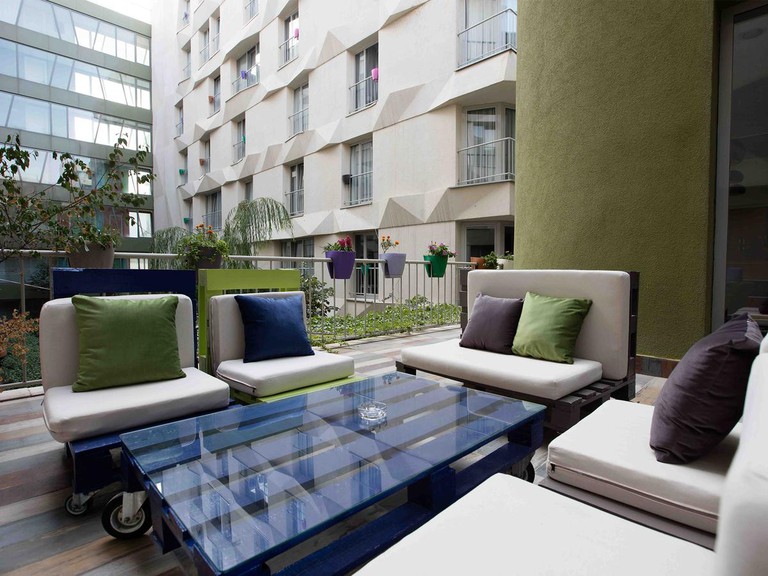 If you’d rather have your own apartment while in Edirne, then book a room at Alan Suites. About a 10-minute drive from the city centre, it features one-person studios, two-person apartments and apartments with offices or a large sitting area. There’s also a restaurant, café, entertainment room and gym for a stay that has all your needs covered.