The 10 Best Hiking Trails in Turkey 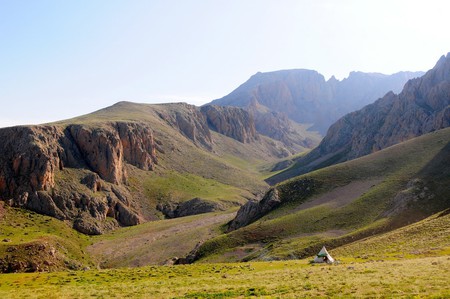 With its many national parks and mountains, Turkey has some of the most beautiful hiking trails in the world (some more arduous than others). We chose some of the best hiking trails from around Turkey so you can pack up your gear and book your tickets.

One of Turkey’s most famous hiking trails, the Lycian Trail stretches around 509 km from Fethiye to Antalya with amazing views all around and great stops along the way such as Patara Beach, the natural beaches of Kaş, and the historic ruins of Olympos. 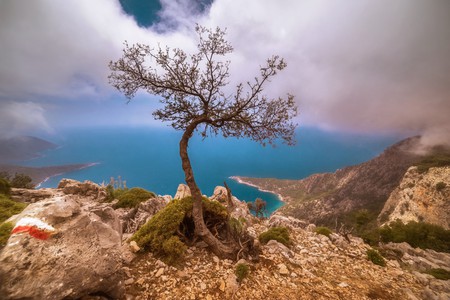 The amazing views from the Lycian Trail | © juergen_skaa / Flickr

Uludağ is usually known as one of Turkey’s most popular destinations to go skiing, however, in the warmer months the national park is also an excellent spot for hiking. Explore the meadows, rocky area, and glacial lakes, and definitely traverse the best trail that leads from Sarıalan to Çobankaya.

Another fantastic Turkish mountain to climb and explore, Kaçkar is located in Turkey’s beautiful Black Sea region whose natural alpine beauty is often compared to Switzerland. Walk past the wildflowers and sheepherders with their flock, and challenge yourself to reach the peak at around 4000m. 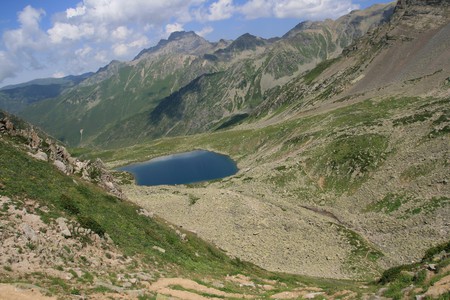 Cappadocia is a hiking paradise because of its unique landscape and an abundance of historic sights. The most popular trails are in the Pigeon and Love Valleys, the Rose and Red Valleys, and the Zemi Valleys where you’ll come across Cappadocia’s famous Fairy Chimneys, rock churches, and stunning rock formations. 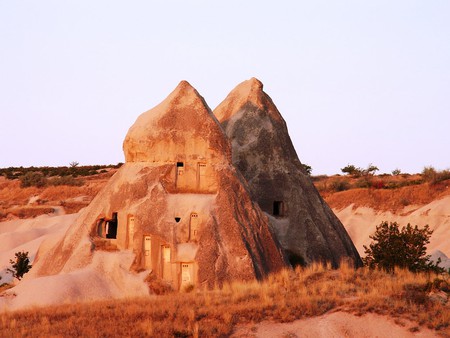 The Via Egnatia once served as the road that connected the western and eastern parts of the mighty Roman Empire and was used for both trade and military purposes. Nowadays, passionate hikers can traverse the trail that starts in Durres, Albania and goes through Macedonia, Northern Greece and Turkey, with the final stop in Istanbul.

Another very important mountain range in Turkey, the Taurus Mountains are flanked by sheer rock walls, deep valleys and canyons, and beautiful alpine pastures and lakes. The western Taurus (with the ancient city of Termessos) and central Taurus (with the beautiful Karagöl Lake and the bridge in Adana) are the most popular. 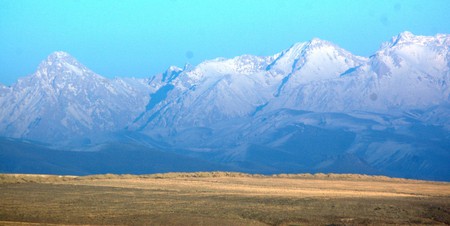 The beautiful peaks of the Taurus Mountains | © Dan / Flickr

We wouldn’t recommend that you climb Mount Nemut in the winter because of the thick layers of snow, however, in the warmer months, the climb to the 2150m peak is thoroughly rewarding. It is here that the famous temple tomb of the late Hellenistic King Antiochos I of Commagene Kingdom continues to stun hikers. 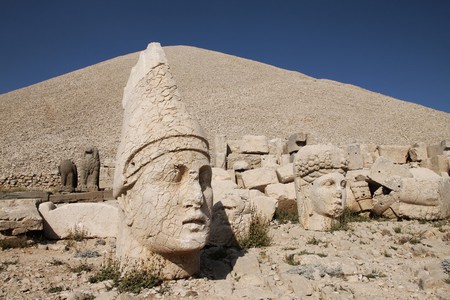 This special trail also has a lot of historic significance because it was used by Saint Paul during his first journey through Asia Minor. The 500km St. Paul Trail (which can take up to 27 days) also goes through the Taurus Mountains but passes through the ancient sites of Perge and Aspendos in Antalya as well as rural villages and breathtaking natural landscapes.

It’s hard to overlook magnificent Mount Olympos, which towers above the beautiful beach at Çıralı. Known as Tahtalı Dağ in Turkish, the well marked trail is more reachable after being dropped off at the village of Beycik, and you can only imagine what the view is like from up there, Mediterranean coast and sea and all. 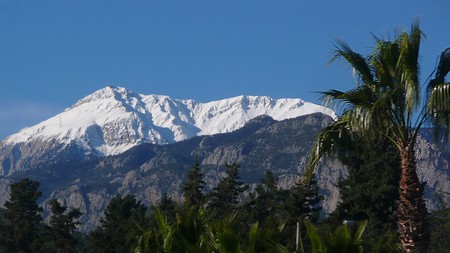 The snowy peaks of might Mount Olympos | © Peter Tritthart / WikiCommons

One of the lesser-known hiking trails in Turkey, this particular path leads through the natural beauty that calls itself the Yenice Forest. A true discovery for nature lovers, the trails goes past forests and canyons and can also be traversed on bike or horseback. Safranbolu, which is famous for its well-preserved Ottoman era houses, is also nearby and definitely worth a day trip.