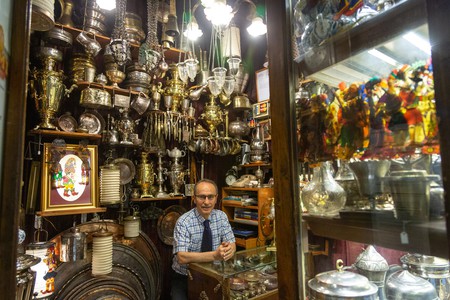 Istanbul’s Grand Bazaar is a cultural icon – the largest covered market in the world – and has been home to thousands of merchants and artisans for hundreds of years. Culture Trip speaks to five of the bazaar’s oldest merchants about the past, present and future of this celebrated marketplace.

A symbol of Turkey’s rich Ottoman past, the original section of the Grand Bazaar was built in 1461, making it one of the most storied markets in the world. It has since grown to cover over 30,000 square metres (322,917 square feet) and accommodate thousands of shops, which have for generations served as a home to the finest craftspeople in the region.

Recently, life in the bazaar has changed drastically. Tough economic times and sluggish tourism have jeopardised the fine-art vendors who make a living here, engendering a feeling of fading glory. As old shops close their windows, they are replaced by stores selling cheap and counterfeit products that legacy shopkeepers think are unbefitting of a world-renowned marketplace. While the future is uncertain, some remain enamoured with the covered market and are even hopeful that there will be a rebirth of its “past glory”. 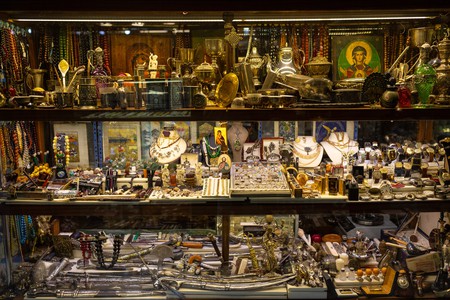 Murat Bilir, who got his start at the Grand Bazaar in 1963 cleaning storefronts and bringing shop owners their tea, has sold metal artefacts out of his shop, L’Orient Handicrafts, for the past 39 years. One of the few vendors officially licensed by the Turkish government to sell Ottoman cultural objects, Murat is a self-taught expert in Anatolian metal antiques. 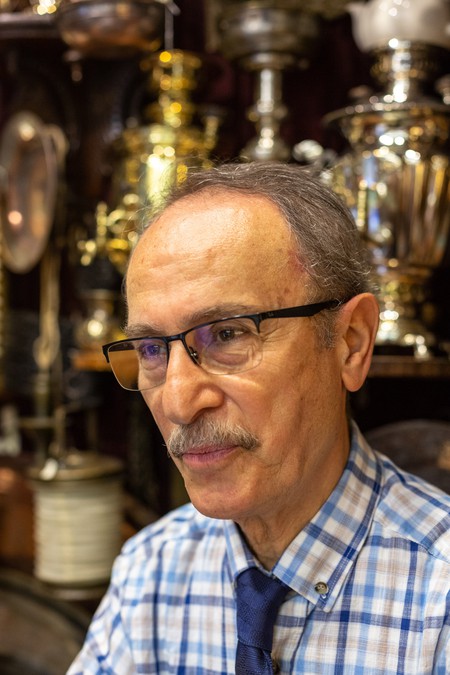 Murat Bilir owns L’Orient Handicrafts, a small shop crowded with a vast range of pieces from around the region and the world | © Bradley Secker / Culture Trip

He says, “In the last five years, tourism has gone down. In the past, businesses were inherited. The esnaf (merchant) spirit is missing now, though I believe it will regain its fame. If you want to have a proper handshake with history, you should come to the Grand Bazaar.” 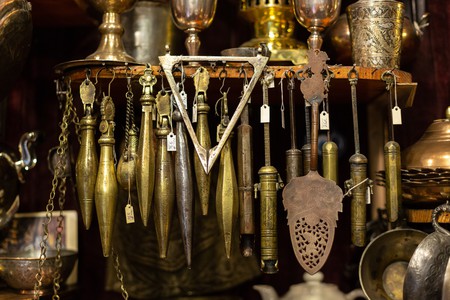 Haluk Botasun, a jewellery artisan who believes in minimalism, says, “A thousand years ago, people wore a single pair of earrings their entire lives. It was their brand, and it was quality.” His life at the bazaar began in 1988 when he started marketing for a friend who was a silver producer. Having picked up the craft from other jewellers over the years, they went on to build a store together. 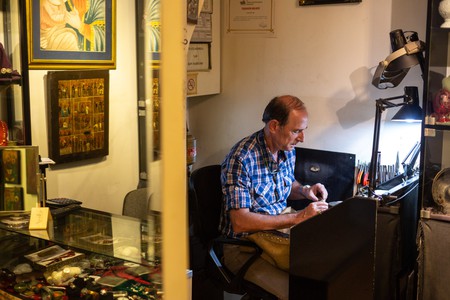 Haluk Botasun, a craftsman and goldsmith, works in his shop in the historic old section of Istanbul’s Grand Bazaar | © Bradley Secker / Culture Trip

Haluk now works alone at Necef Antik & Gold, dealing exclusively in 24-karat gold. Utilising ancient techniques, he crafts rings, necklaces and earrings using materials from archaeological digs that authorities don’t want for museum display. The results are elegant works such as necklaces with Roman-era glass or rings displaying stone Ottoman seals. Like others in the bazaar, Haluk believes the market is losing much of its old soul. “It changes every day. We don’t see Greek tourists anymore, for example, and people don’t want to spend money on quality anymore. It’s hard to be optimistic, and the future is uncertain. So, I just try to exist here.” 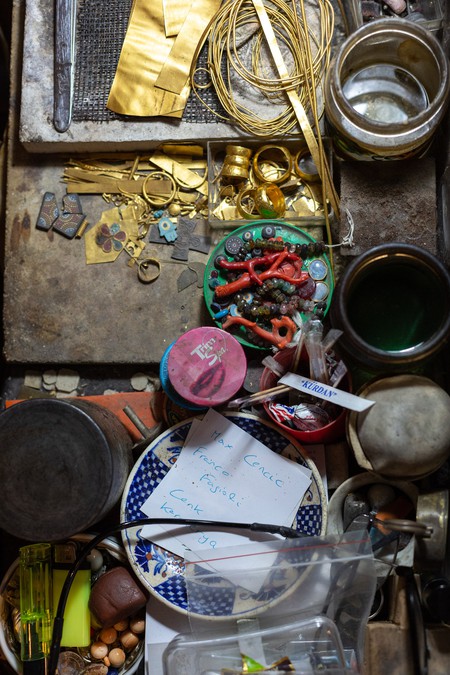 In 1968, Hasan Semerci found work at the Grand Bazaar handling communications with overseas customers for various merchants in the market. These humble beginnings led to him working under carpet seller Adnan Gursu as a sales assistant until finally becoming an official partner in 1985. Now the sole owner of Adnan & Hasan, he continues to run his shop with great appreciation for his product. He says, “People go for the most expensive-looking carpets. I personally prefer the rarer geometric patterns in carpets from southern Anatolia, for example.” 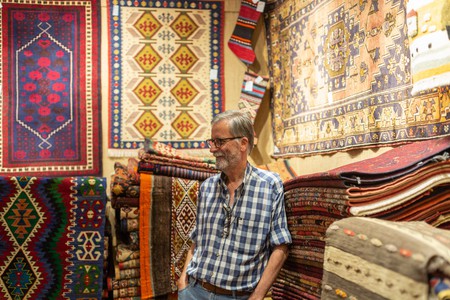 Though institutions like the US Consulate General support his work by regularly inviting him to sell carpets to their employees, Hasan notes how business has slowed overall in recent years, causing him to consolidate a three-shop operation into one. The commercialisation of the bazaar is a worry at the forefront of his mind. “In the past, graduate students would come from universities to study this place, but now it’s full of candy stores – it’s shameful,” he says. Despite these concerns, his fondness for the Grand Bazaar is obvious: “There’s only one bazaar like this in the world. It’s a must.” 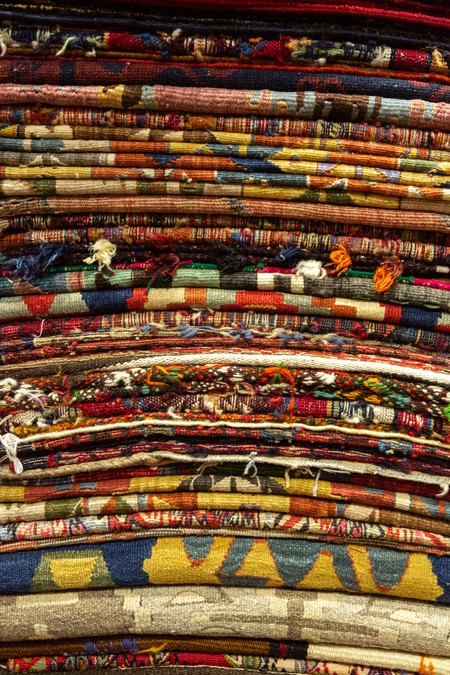 Aret Sar, who has run his own fine jewellery shop in the bazaar since 2004, began his training as an apprentice under a past generation of market craftsmen back in 1978. The exquisite rings, pendants and watches in his shop bear witness to this history and training. 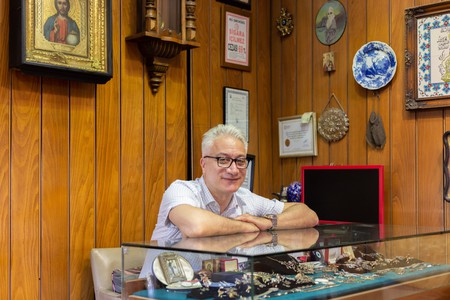 As an Armenian-Turk, he is proud of his ancestors’ well-earned reputation as respected artisans: “The Armenians in Turkey have a long history of working with their hands, but now we don’t see this so much. Production has gone down in recent years.” Despite his love for his work and store, he is considering closing up shop and leaving the country due to the lack of customers interested in such fine jewellery. “I don’t want to leave, but what else can I do? Wealthy tourists don’t come anymore.” 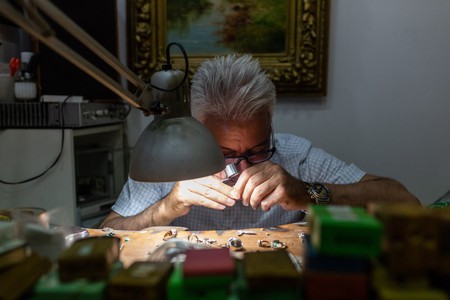 When he was just 13, Zekai Dönerkan started helping his father run Galeri Sufi, a shop that sells Arabic calligraphy and Ottoman miniature paintings. The merchant took over the family business 25 years ago, and while aware of the current hardships, he is grateful for what remains. “I spend hours here every day talking with the other merchants. It’s like a second family.” 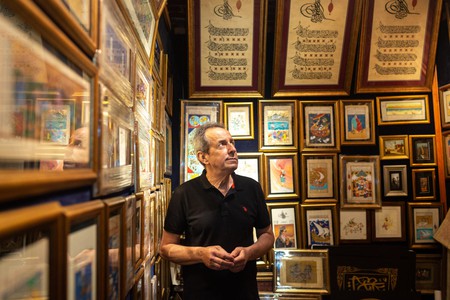 He muses that a positive outlook is still the most important part of modern merchant life, saying he feels inspired by the recent – if not fragile – tourism uptick in the last year. “2019 has been the best of these bad years. I think Turkey will be OK. People forget to be optimistic. If you aren’t optimistic, then you should pack up and go home.” 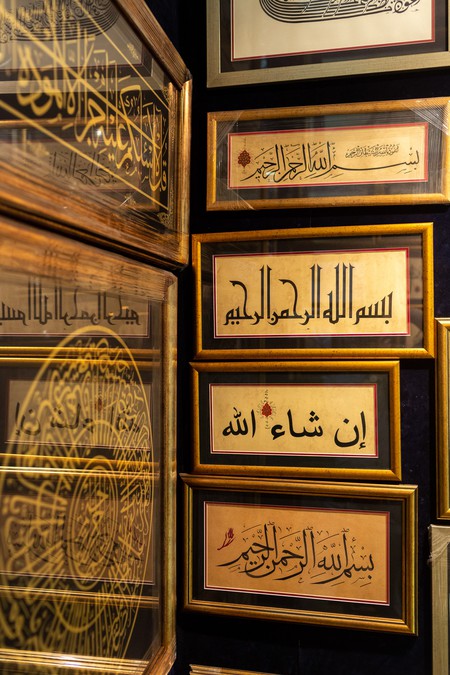