See Istanbul Like Never Before Through These Mind-Bending Photos 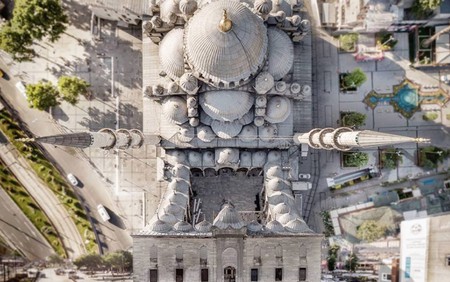 These trippy Inception-style images may appear like Photoshop trickery, but they are in fact real 3D-photographic cityscapes created by Turkish artist Aydın Büyüktaş.

The futuristic-looking photographs of Istanbul look like scenes straight out of Christopher Nolan’s sci-fi thriller, but Büyüktaş’ inspiration for the collection came from a more romantic, old-fashioned source.

The Turkish artist’s work was named after a 19th-century satirical novella called Flatland, a bizarre mix of geometry, philosophy and fantasy within a two-dimensional world. 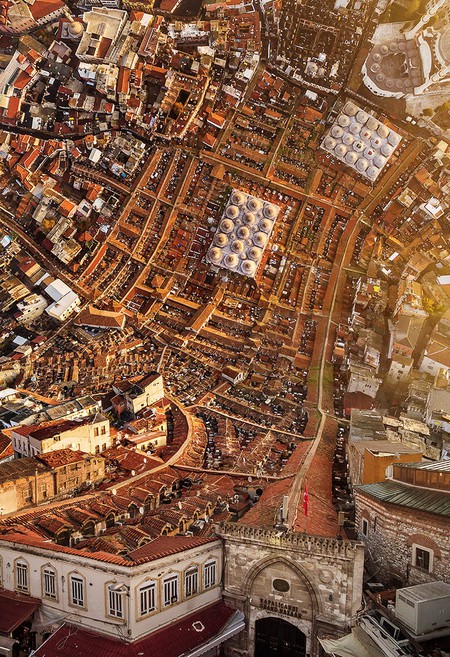 Büyüktaş experiments with dimensionality and perspective to present Istanbul in a way that is familiar yet surreal, reflecting the book’s message that perceived reality is limited only by a person’s outlook.

“We live in places that most of the time don’t draw our attention, places that transform our memories,” says Büyüktaş on the project. “These works aim to leave the viewer alone with a surprising visuality, ironic as well as a multidimensional romantic point of view.” 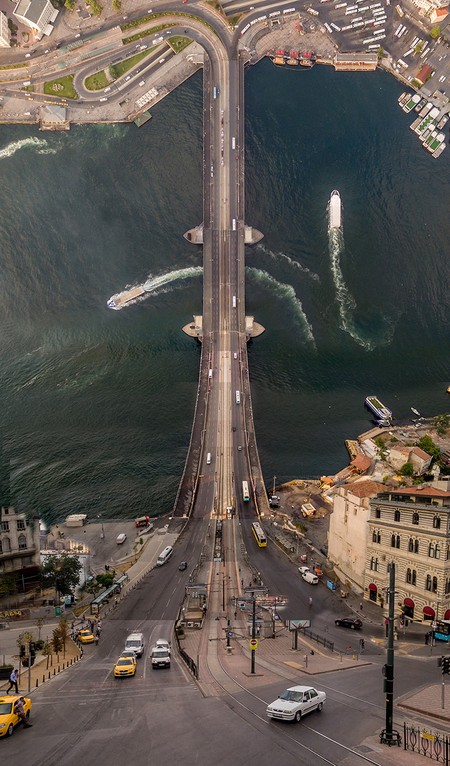 Utilising the advantage of drone technology, Büyüktaş painstakingly shoots each location at varying altitudes and then digitally stitches the images together to create the dramatic curved effect. Prior to that, he uses 3D software to map out the scene and creates a detailed render to pinpoint the best vantage points before deploying the drone.

The collection captures many of Istanbul’s landmarks including The Grand Bazaar, one of the world’s oldest markets, Maltepe Stadium and the 17th-century New Mosque, as well as seemingly mundane locations such as Istanbul’s largest bus terminal. 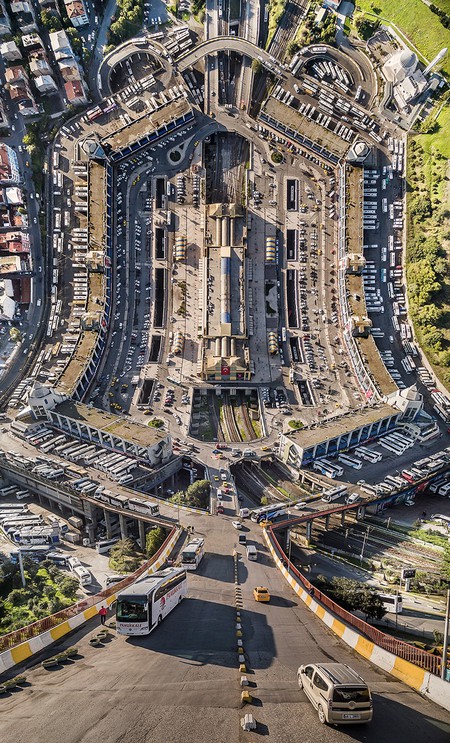 Büyüktaş aims to take his vertigo-inducing snaps all over the world, from the UK and Germany to China and the US, with the desire to make people see where they live in a new and surprising way. 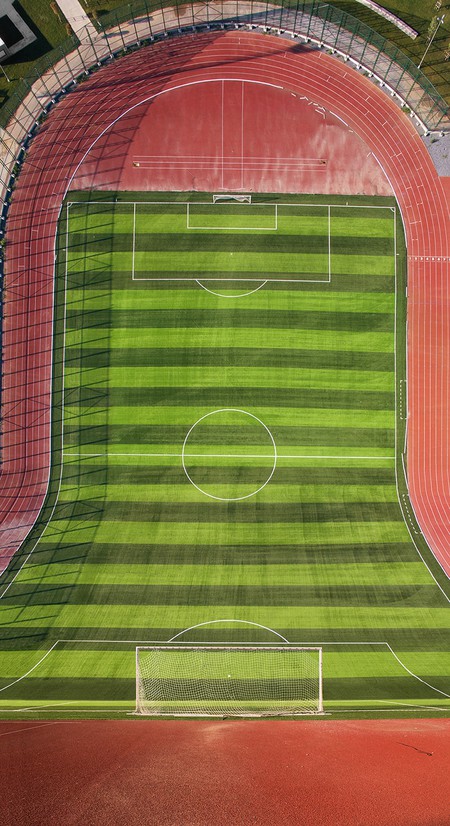 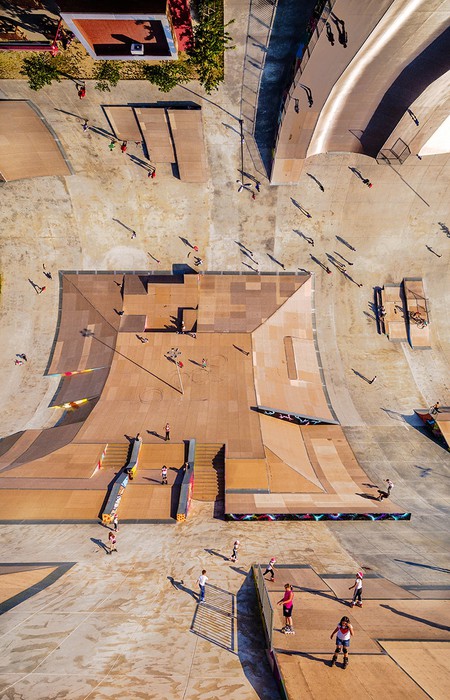 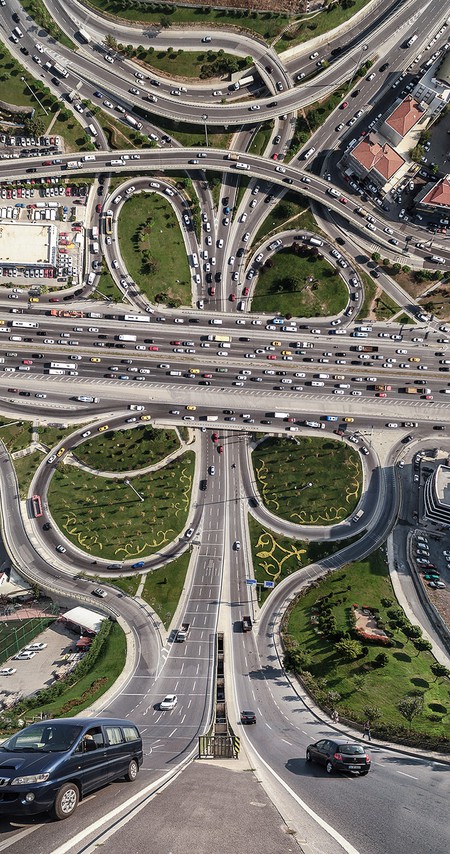 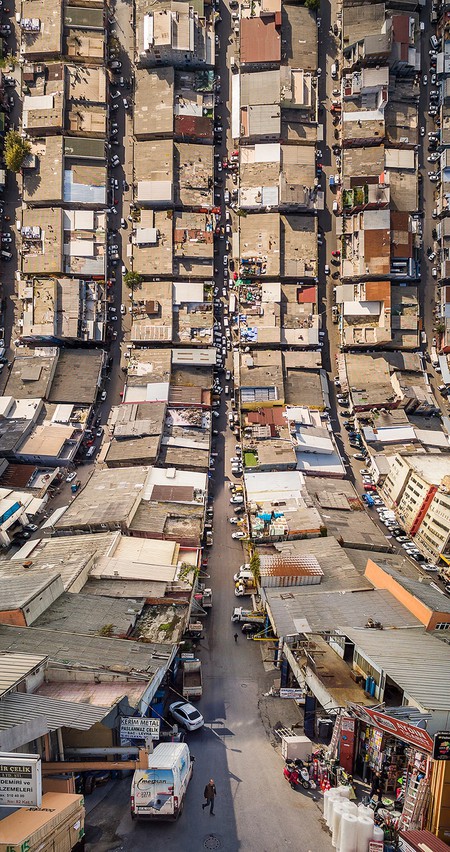 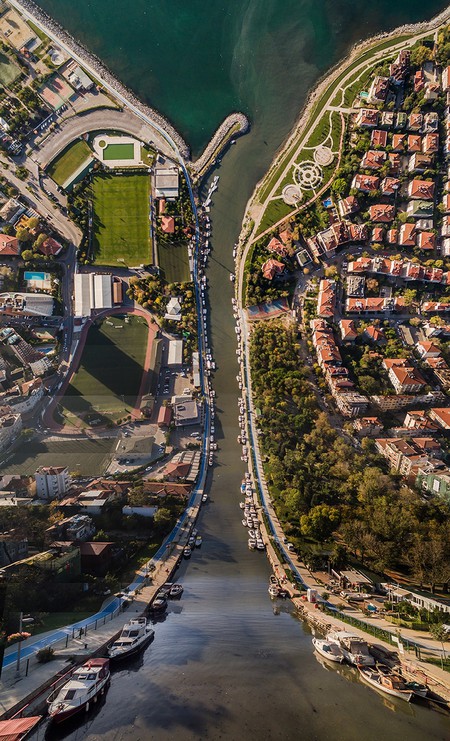 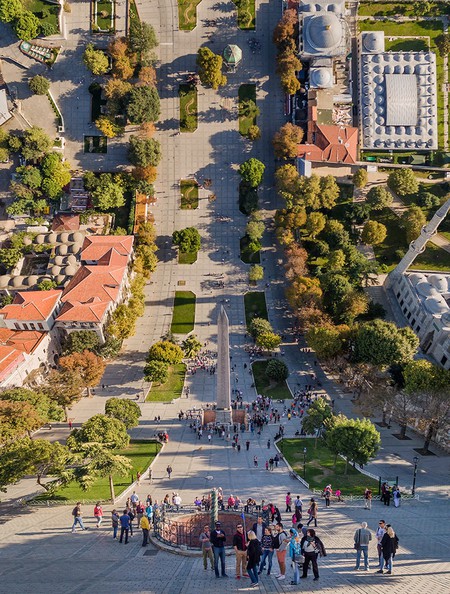