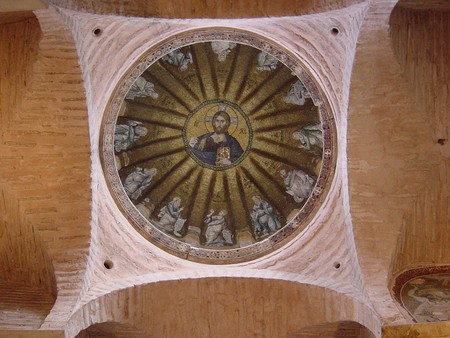 Istanbul is home to many major historic sights from the Hagia Sophia to the Chora Church. However, the Pammakaristos Church is still quite unknown. A stunning structure with breathtaking mosaics in its interior, make sure to visit this church while in Istanbul.

Located in the Çarşamba neighborhood of the Fatih district, the Pammakaristos Church (also know as the Theotokos Pammakaristos – All Blessed Mother of God), is one of Istanbul’s most important Greek Orthodox Byzantine churches. Part of the Fethiye Mosque since 1591, the church also partly serves as a museum, where visitors gaze at its mosaics in utter astonishment. The reason is that Pammakaristos has the largest amount of mosaics after the Hagia Sophia and Chora Church, and as soon as you enter and look up you’ll become quite aware of this fact. The last pre-Ottoman structure to have housed the Ecunemical Patriarchate, the church is also significant as it represents one of the most important examples of Constantinople’s Palaiologan (The Palaiologos being the last ruling dynasty of the Byzantine Empire) architecture. 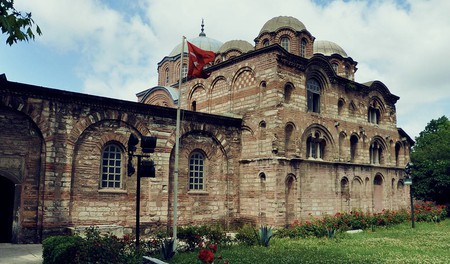 Pammakaristos is believed to have been built between the 11th and 12th-centuries, and in 1456 the church became the seat of Ecunemical Patriarchate and remained so until 1587. By the time the Ottomans took over Constantinople, sultan Murad III converted the church into a mosque and named it Fatih Camii (Conquest Mosque) to celebrate his conquest of Georgia and Azerbaijan. Even though the church was neglected, it was finally restored in 1949 by the Byzantine Institute of America and Dumbarton Oaks, and nowadays the glory of the structure once again shines through. Even though the main building serves as a mosque, the parekklesion is a museum where visitors can visit the five-domed structure that is truly one of Istanbul’s most beautiful structures from the Byzantine era. 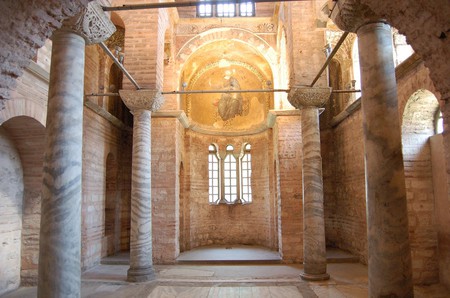 Of course the mosaics at Pammakaristos are not as well-preserved and diverse as the Chora Church, they are still stunning in their beauty and offer a great opportunity to learn more about late Byzantine art. One of the most striking mosaics is located under the dome and features the Pantocrator (a specific depiction of Christ) surrounded by the Old Testament’s prophets. The scene depicting the Baptism of Christ is also a well-preserved and beautiful mosaic that is located on the right side of the dome, while the apse features another scene depicting Virgin Mary and St. John the Baptist. 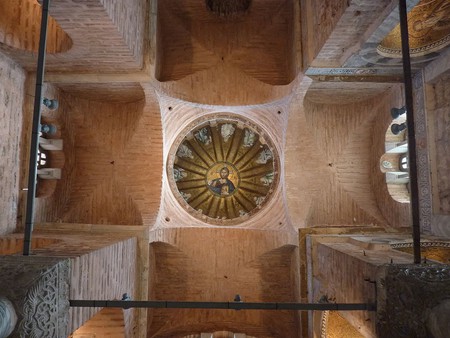