Nemrut Dağı: An Ancient King's Tomb at a 2,134 Meter Summit in Turkey 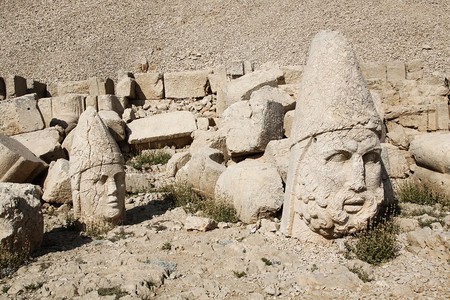 At the summit of a 2,134 meter high mountain in Turkey lies one of the most famous ancient ruins in the country. Nemrut Dağı (Mount Nemrut) dates back to the 1st century BC and is one of the most iconic UNESCO World Heritage Sites. Find out more here.

Hiking up this mountain, which lies around 40km north of Kahta, close to Adıyaman, is thoroughly rewarded with one of the most stunning ancient ruins in Turkey. Mount Nemrut is full of huge statues that are around eight to nine meters in height constructed for King Antiochus Theos of Commagene in 62 BC. Antiochus was an Armenian king and one of the most famous rulers of the Kingdom of Commagene (an ancient Armenian kingdom in the Hellenistic era). 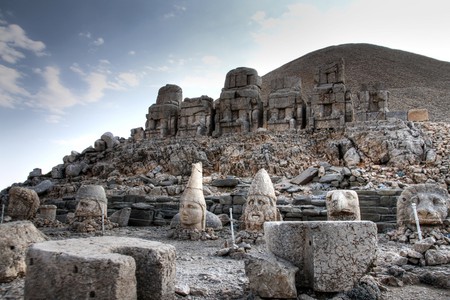 The breathtaking statues include one of the king himself as well as two lions, two eagles, and many gods including Zeus, Hercules, and Apollo. The statues used to be full figures that were seated with names inscribed for each, however, nowadays the large heads are placed at different locations all over the site. When you reach the Mount Nemrut, which has a diameter of 145 meters, you’ll first be greeted by these five seated limestone statues that still retain their original inscriptions. The statues are bordered by the guardian statues of lion and eagle while, as mentioned, the heads have fallen to the site’s lower level. Other sculptures include the king’s Persian and Macedonian ancestors as well as one of the site’s most important ruins, an upward stone slab that depicts the king shaking hands with a deity. 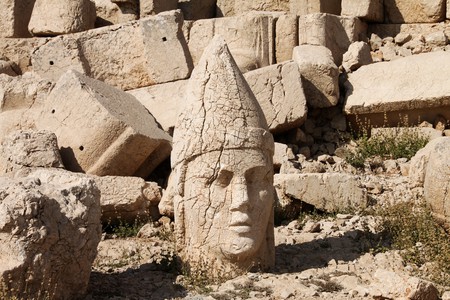 Due to the damage found on the statues it is clear that Mount Nemrut has been subject to destruction due to religious or political unrest in the course of history. All alone on one of the Eastern Taurus Mountain range’s highest points, Mount Nemrut is a Hierotheseion, which means it’s composed of a temple and tomb all dedicated to the gods. However, one of the most important facts is that it’s one of the most ambitious projects of the Hellenistic period, a construction unrivaled in terms of its complex design and large scale in the ancient era. It is also important to note that the technology used to construct Mount Nemrut must have also been very advanced and was not found anywhere else during this time period. 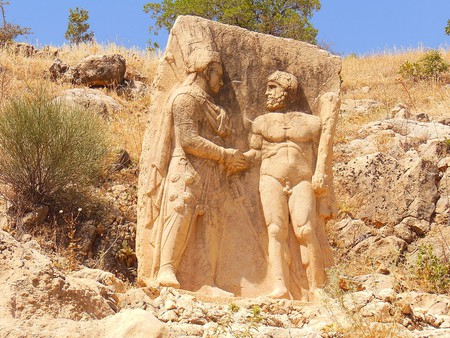 Mount Nemrut was first excavated in 1881 by German engineer Karl Sester who was researching transportation routes for the Ottoman Empire. One can only imagine what an experience it must have been for Sester to be the first person to lay eyes on the site, unseen for many years. After becoming a UNESCO World Heritage Site in 1987, the ancient ruin has become a very popular stop for history enthusiast visitors who arrive during April through October and take a car or bus ride from Adıyaman to the site. 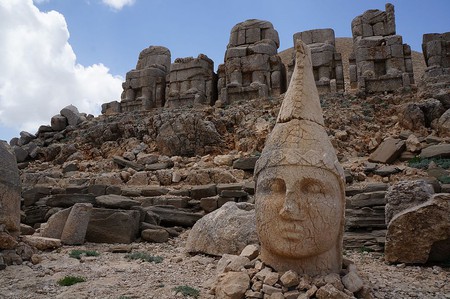