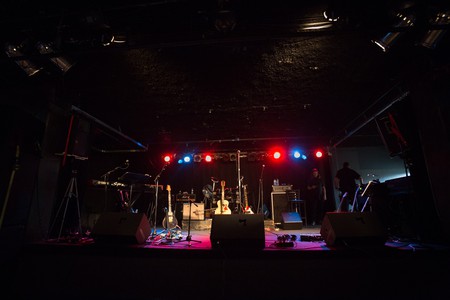 Turkey’s female musicians are not yet getting the due they deserve, but they are slowly making their mark in all the right places. From experimental with undeniable roots in Anatolian folk to jazz with a Turkish influence, these women are exceptionally talented and are also changing the music scene indefinitely.

Listening to a Gaye Su Akyol song is a bewildering experience if you’re Turkish because while you recognize the sound of all the traditional instruments, there is a definite modern influence, whether it’s a particular rhythm or deviance, or lyrics that are wholly different from classic Turkish music. Either way, the artist is an exceptional example of how women in Turkey are embracing their roots but also doing some experimenting with their unique talent and contemporary life experiences. Born and raised in Istanbul, Akyol’s second album, Hologram Imparatorluğu, demonstrates the full realization of her musical style, which brings together the past and present much like her native city.

Kalben gloriously arrived on Istanbul’s music scene when she sang live in the living room of an apartment as part of Sofar Sounds. As one of Sofar’s most watched YouTube videos, Kalben’s bold voice and lyrics immediately became a favorite among the young Istanbul crowd who were captivated by the female musician who sang her heart out with her guitar, beautiful voice, and not much else. It wasn’t long until her song started appearing in commercials, radio, and TV, yet Kalben continues to be a straightforward artist on stage, where the only important thing is the music.

An artist who always pushes the boundaries, Ertem’s debut solo album may have been influenced heavily by jazz, but her fifth LP was recorded live with a full orchestra in a Gaziantep concert hall. Her powerful voice has been an important part of Turkey’s female musical movement, even when she was part of the band Anima back in 2000. As a solo artist, she has worked with many European bands, released four albums, and has always been a force on stage with her tattoos and eccentric style.

It would be easy to call Jehan Barbur a Turkish jazz musician; however, her music is clearly influenced by Anatolian folk and Balkan brass, for a convergence that is unique in the Turkish music scene. Born in Beirut, the Turkish singer with Christian Arab roots has released five albums and performs live at some of Istanbul’s most coveted venues. It’s a good thing that the artist gave up working for TV and production companies and decided to go after her real talent—writing and singing her own songs.