Mamure: One of Turkey’s Most Well-Preserved Medieval Castles 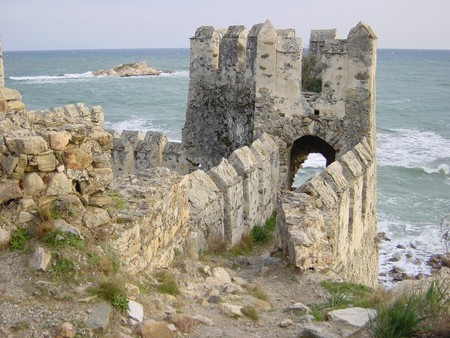 One of the biggest and most well-preserved castles in Turkey looks out over the Mediterranean Sea in the Mersin province. Although its exact origins are not known, excavations have revealed quite the story that goes back to around the 3rd or 4th century.

You can’t help but be stunned when you see Mamure Castle for the first time, and not only because of its beautiful location right by the sea but also due to its almost perfectly preserved state. The castle, which covers an area of 23,500 square meters (253,000 square feet), is a giant construction; experts believe that the Romans built it in the 3rd or 4th century. In 1988, excavations led by the Directorate of Anamur Museum revealed mosaic floors that belonged to the prominent late Roman city Ryg Monai. However, the castle is also known as the protective façade of the Anemurium Antique City, which means its origins cannot be definitely affirmed. 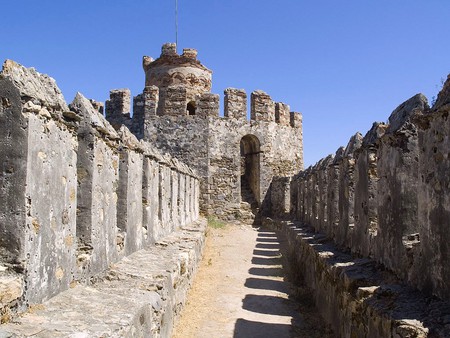 What is known is that the castle was later enlarged and used by the Byzantine Empire as well as during the Crusades. In 1221, Anatolian Seljuk Sultan Aleaddin Keykubat I captured the castle and built a larger one using the then-ruins as a foundation. The structure later became part of the Karamind Dynasty as Mahmut of Karaman captured the castle, renovated it, and renamed it Mamure, which translates to prosperous. By 1475, the Ottoman Empire annexed the castle as it went through many repairs during the 15th, 16th, and 18th centuries, including the construction of a caravanserai. 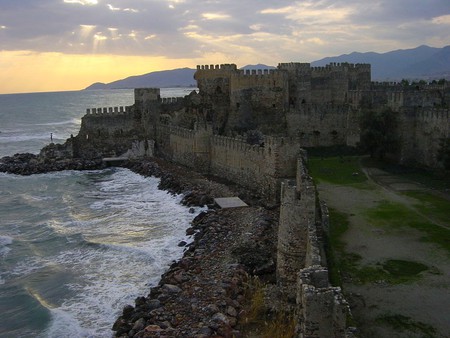 Surrounded by a moat on one side and the sea on the other, a rampart connects the 39 towers and many battlements. Within the castle, there are three yards enclosed by high walls. The western yard is one of the most fascinating because it contains a small mosque, the remains of a hamam (believed to have been built by the Karaminds), a fountain, warehouses, cisterns, and an outer castle. The southern yard is also quite noteworthy because of its 22-meter-high (72 feet) watchtower within the castle’s biggest bastion where you’ll get to see the best view of all. As for the small mosque with a single minaret, which was renovated and is once again functioning, the Karaminds built it, and it represents the 16th-century Ottoman style. 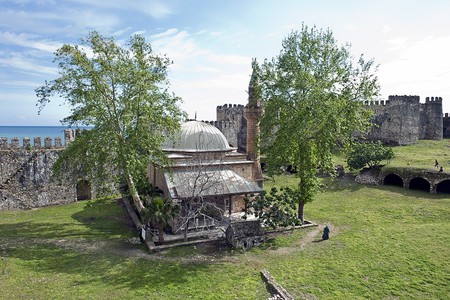 When you visit Mamure, it’s also a great idea to discover the nearby remains of the ancient city of Anemurium, built between 100 BC and AD 600. With partially intact walls, a theater, aqueducts, and many beautiful mosaics, the archaeological site’s most intriguing aspect is its Roman bathhouse. The two-story structure still includes changing rooms, a hot and warm section, and a hall with a pool. There is also a sign outside in Latin that reads, “Welcome to the baths, have a good bath,” a reminder of a time when the city flourished.