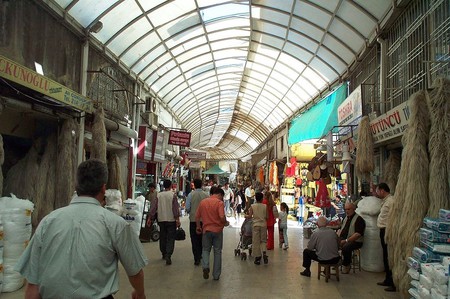 Not yet so well-known to visitors, Kahramanmaraş is the place where the famous Maraş ice cream was born. However, there is much more to the city than simply being the capital of this famous dessert made thick with the inclusion of salep. Kahramanmaraş has plenty of other things to see and do.

Former capital of the Syro-Hittie state Gurgum, Kahramanmaraş was once known as the Kurkumaean city until 711BC when it was connected to the Assyrian province and renamed Marqas. During the Roman and Byzantine era, the city was called Germanicia Caesarea before the Muslim Arabs conquered it and gave it its final name, Mar’ash.

For the next three centuries, Marash was part of the Arab-Byzantine frontier zone and used as a base for incursions into the Byzantine-owned Asia Minor. During the Arab-Byzantine wars, the city was destroyed to later be rebuilt and expanded by the Umayyad caliph Muawiya I. In the following years, the city changed hands several times through many battles, including the Seljuks, Amernian Kingdom of Cilicia, Mamluks, and many more. By 1526, it was annexed to the Ottoman Empire and by 1973 the city’s name was changed to Kahramanmaraş, ‘kahraman,’ meaning hero to commemorate the inhabitants’ bravery in resisting French occupation during WWI. 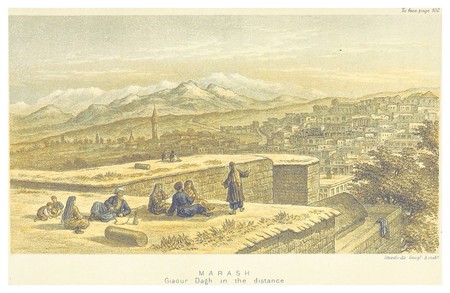 Begin your journey at the Kıbrıs Square, where you’ll find the historic market where gold, copper, and ironsmiths continue to practice traditional hand craftsmanship. Apart from the beautiful handmade goods, the traditional çarık (sandals) are also quite noteworthy, especially at the shop of Dedem Osmanlı. You can also choose to hike up to the Kahramanmaraş Castle to get a good view of the city and explore traces belonging to the Hittite era. Other important Maraş sights include the Grand Mosque, which was built 1496; Katiphan, one of the best examples of the traditional Maraş houses; and the historic Madrasah (theological school) made of stone. Of course, the famous Hittite stone lions, which decorated the city’s entrance, can no longer be found, but are instead on display at the Kahramanmaraş Museum. Here you’ll also come across a giant mammoth fossil, as well as excavation discoveries that belong to the city’s ancient periods and quite the impressive collection of mosaics from the Byzantine era. 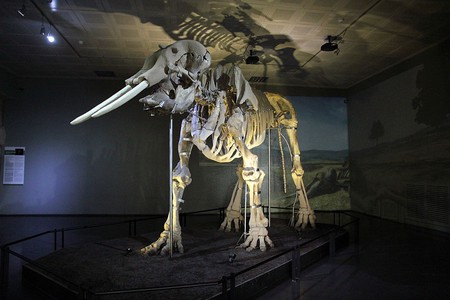 What to Eat and Buy

Of course no discussion of Kahramanmaraş would be complete without mentioning the famous ice cream. Maraş ice cream has a very thick consistency, to a point where you can eat the dessert with a fork and knife. This dense consistency comes from the use of salep (dried orchid root) plus the use of goat’s milk, especially from goats that graze in the mountains. Another important thing to buy while in Kahramanmaraş is dried red peppers (which can be found in shops all over the city) and tarhana (a sun-dried mixture of curd, tomato, and flour), which can be used to make the winter classic – tarhana soup. Before we forget, one of the city’s best restaurants is Hacı Milcan, which has been open since the 1950s and serves up excellent classic kebabs with grilled or pureed smoky eggplant. 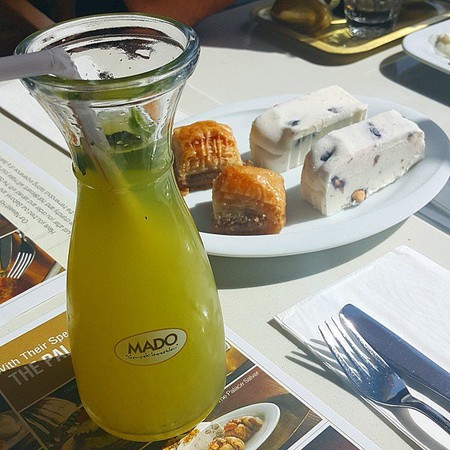