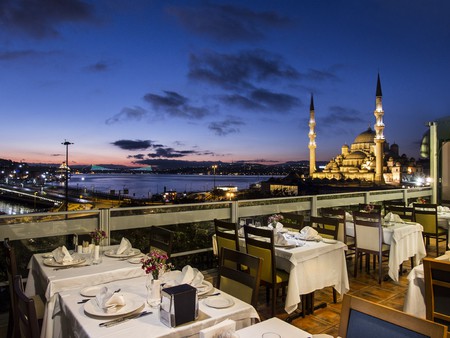 The Kebab, the iconic Turkish dish locally known as Kebap, is probably one of the first things that spring to mind when talking about Turkish cuisine, and it’s no surprise that a lot of visitors want to find the best kebab joint to sink their teeth into some freshly grilled and spiced meat. Istanbul has a lot of very good restaurants that have been making the same excellent grill for years, so Culture Trip has rounded them all up so that you eat only the finest. 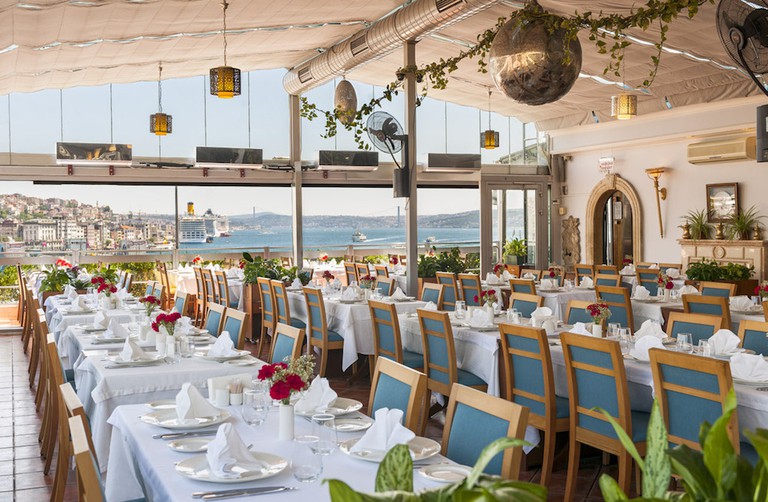 Overlooking Eminönü Square and the Golden Horn from its sixth-floor perch, you can’t miss Hamdi when you are visiting Sultanahmet due to its huge sign and the fact that the restaurant owns an entire building. Visual boasting aside, the food at Hamdi is indeed excellent, and any kebab you order here, whether it’s Beyti (grilled kebab on a skewer) or Alinazik (kebab with eggplant puree), is prepared the traditional way and tastes amazing. Make sure to reserve in advance and ask for a table by the window so that you can take in the great view.

Restaurant, Turkish, Middle Eastern, $$$
Facebook
Email
Twitter
Pinterest
Copy link
Share
Beyti is a classic – founded in 1945 by current owner Beyti Güler’s father. A lot has changed since then, of course, as the success of Beyti grew, turning a small family business with only a few tables into a two-story restaurant with a modern aesthetic accentuated by Ottoman touches. However, what hasn’t changed is the food, or more specifically, the prime choice cuts and special marinating techniques. Whether you are in the mood for the classic Beyti kebab or a nice juicy T-bone steak, Beyti’s menu satiates every appetite.
https://instagram.com/p/BCnm224j6-S/

One of the most popular kebab restaurants in Taksim, Zübeyir is known for its copper hood grills where the meat is prepared right in front of your eyes and served immediately when ready. More like someone’s cozy Turkish living room than a restaurant, Zübeyir’s three floors are decorated simply with wooden tables and plenty of animated conversation all around. It’s an ideal place to go with a big group of friends, where you can order a few bottles of rakı and dig into lamb shish (a favorite) and gavurdağ salatası (salad of finely diced onions and tomatoes).

One of the Asian side’s most sought-after restaurants, Çiya is not only known for its dishes that represent the various cuisines of Anatolia but also for its excellent kebab. With two restaurants that face one another on the same street, you can choose either side to get the same great food whether you want something from the daily specials, which are on display cafeteria-style, or the extensive menu. Kebab varieties are unique at Çiya with options such as Soğan Kebabı (kebab with roasted shallots and pomegranate syrup) and Çiya Kebabı (kebab wrapped in thin crispy dough with walnuts, yogurt, kaşar cheese, sumac, mint, and parsley) along with more than 30 other varieties.

Another kebab institution, so to speak, Develi was established in 1912 and serves excellent dishes from starters like içli köfte (crispy bulghur balls filled with minced meat) and lahmacun (crispy thin dough with minced meat and spices) to the house favorite Fistıklı Kebab (bkeba with pistachios), which they claim to have invented. For dessert, don’t miss out on the excellent baklava, which has also made Develi a popular name in Istanbul.