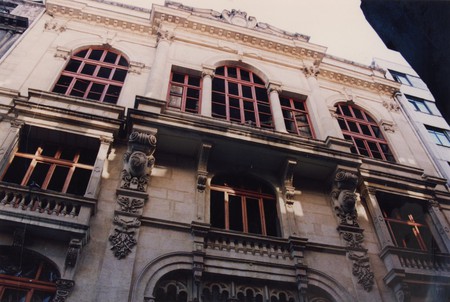 One of Turkey’s first contemporary museums, Istanbul Modern can now be found at the Union Française building designed by Alexandre Vallaury until its new permanent location in Karaköy is completed. Six floors of the 19th-century building are reserved for the museum’s permanent collection and temporary exhibitions.

Having hosted over seven million visitors in the past 14 years in its Karaköy location, Istanbul Modern has been a prime attraction for the area. The reason for the relocation is the construction of the Galata Port, a multipurpose project that brings together a cruise terminal, hotels and a lively cluster of shops, restaurants and Istanbul Modern. The project is expected to be finished in three years when the museum will return to its original neighbourhood.

Built in 1896 by Alexandre Vallaury as a locale for the French minority in Istanbul, the Union Française building brings together Eastern and Western influences. In fact, most of Vallaury’s works are spread around Galata and Pera, such as the Pera Palace, the Cercle d’Orient and the Ottoman Bank Head Office (now housing SALT Galata). The Union Française is situated in the Asmalımescit neighbourhood of Beyoğlu, only a one minute walk away from the Pera Palace, and will house Istanbul Modern’s library, cafe, shop, cinema, educational programs and exhibitions for the next three years.

The first exhibition at Istanbul Modern’s temporary space is innovative British sculptor Anthony Cragg’s ‘Human Nature’, which includes examples of various periods of the artist’s 40-year career. ‘Points of View’ was also opened to visitors at the same time as ‘Human Nature’, bringing together experimental works of photography since the 1960s. Artists whose works are exhibited in this photography exhibition include Ali Alışır, Ani Çelik Arevyan, Orhan Cem Çetin, Murat Germen, Şahin Kaygun and Boris Mikhailov. ‘In Pursuit of the Present’, a new collection exhibition that made its debut in Istanbul Modern’s temporary space, is about the human condition, focusing on works that deal with our connection with cities, nature and our own beings through a historical, social or personal lens. Artists whose works are exhibited in this exhibition include Burhan Doğançay, Olafur Eliasson, Tracey Emin, İnci Eviner, Sarkis, Zhan Wang, Nil Yalter and Jérôme Zonder. 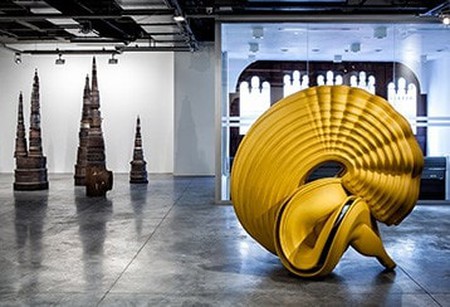 Istanbul Modern’s permanent space in Karaköy will be designed by Pritzker prize-winner and Italian architect Renzo Piano, who is the mastermind behind iconic buildings such as the Whitney Museum of Modern Art in New York and The Shard in London. Details of the new building are yet to be announced.