Istanbul Is Where Beauty, Pain And Politics Unite: An Interview With Burhan Sönmez 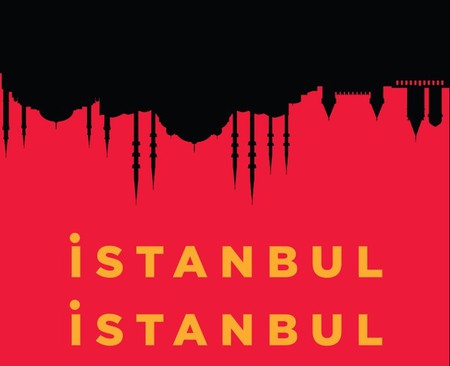 From the cover of Istanbul Istanbul, by Burhan Sönmez | Courtesy of Telegram

Prize-winning Turkish writer and former human rights lawyer Burhan Sönmez had his third novel Istanbul Istanbul published in English this month. We spoke to him about this dark, allegorical ode to Istanbul, and the contradictions that inhabit the ancient city. 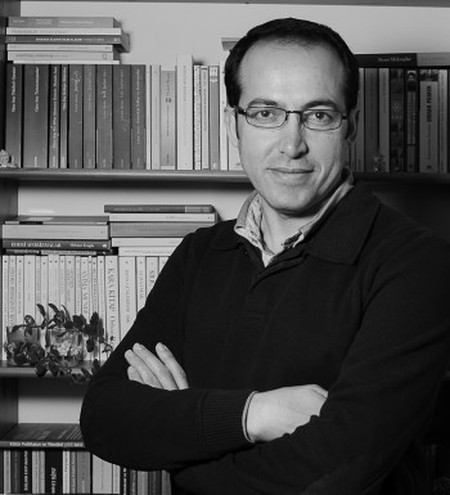 For a novelist to bring to life and define the city he-or-she loves is nowadays a banal occurrence. From Elena Ferrante’s Naples to Zadie Smith’s London, and counting Lawrence Durrell’s inimitable Alexandria—”the great winepress of love; those who emerged from it were the sick men, the solitaries, the prophets”—it’s been a positively raging trend, at least ever since a certain Irishman decided to transpose an ancient Greek epic to his native Dublin. Bless him.

As its title suggests, Burhan Sönmez’s third novel Istanbul Istanbul follows a similar idea, albeit with a noticeable difference: Unlike, say, in NW or Justine, the book’s characters do not get to live, love, and intrigue from within their city—they are prisoners of conscience stuck in a cell three levels under it. Demirtay the student, Kamo the barber, uncle Küheylan, and the doctor pass their time telling each other stories, posing riddles, and reminiscing about their Istanbul in the long dull moments between torture sessions. The city that emerges isn’t wholly real, but a blend of myth and mundanity set to a background of raw political violence.

When I mentioned to Sönmez the apparent oddity of using darkness and pessimism to conjure up the Istanbul he loves, he explained that he wanted to capture the contradictions animating it. We met in a café in central London, where soft-spoken and wrapped in the Left Bank intellectual’s winter uniform (read: long gray trenchcoat and thick scarf) he described what he calls “the schism of Istanbul”: the fact that on the one hand “Istanbulites always complain about life there—they say ‘oh traffic is bad, and the prices only go up’—and usually aren’t happy,” and on the other they “admire the city, they say it’s wonderful, and talk about it with nostalgia and the desire to return to olden, golden days.” His book therefore attempts to depict this combination; it is set “three floors underground, in an interrogation cell where people are in pain, but they have the dream and the idea of the Istanbul aboveground. They are always talking about it in a beautiful way.”

Reminding me of something Edward Said once wrote about his beloved Cairo (“it is at least as historically rich as Athens or Rome, but you never get the sense of history carefully preserved”), Sönmez makes notably few references to the capital’s real history. Its presence is only hinted at via tales adapted from other works like the Decameron and Moby Dick. Unlike with Said’s Cairo, however, that isn’t because of the city itself. Rather, it is as a remedy to what he sees as a certain failure of the “literature of Istanbul”—that “it divided the city into two different parts. The Istanbul of the past which was glorious, beautiful, and the Istanbul of the present, a megapolis of modernism which is very ugly and hard-working [sic]. But that’s an illusion.”

“I wanted to unite those times in the novel,” he told me, “if you are underground, you don’t have the usual directions—east or west, south or north—you only have one, upwards. Time itself doesn’t move forward or back, it moves upwards, too, from underground to overground, or vice versa. So, by changing the direction of time I managed to unite, in a single cell, the whole time of the past into today… in the pain that’s suffered by people today.”

One cannot escape politics when writing about modern Turkey, especially considering recent events, and while Sönmez does populate his work with political prisoners he remains staunchly against mentioning its issues directly—“I didn’t want to be didactic, to teach people and to show them the right direction of the future.” He later clarified: “When I began to write the novel, everybody around me thought it was going to be a political history of Turkey. Of course, once they read the book they realized it didn’t have any actual political discussion, or information about torture (apart from a couple of minor exceptions). I pretended, in the opening, to write a political book, but when the readers get in, they suddenly find themselves seeing that no, it’s not about politics, it’s about love, laughter, pain, hope, dreams… you know, everything.”

This is a work more concerned with capturing the feel of the thing rather than simply relaying a few ideological points—it is also, in that sense, a lot more personal. Sönmez is of Kurdish origin and worked for a time as a human rights lawyer, that is until he was taken by the police from a non-violent demonstration in Istanbul in 1996, beaten, and left to die. When I hinted at the possibility of Istanbul Istanbul being informed by experience, he is quick to disagree: “I put a lot of my arrest in it, but it’s not something individual. In Turkey, being arrested, being tortured is a social event. Just to give you some numbers: when I was a teenager there was a military coup [in 1980], the official figures say that in the first two years 500,000 were arrested and tortured. Can you imagine? Half a million people… mostly youngsters, trade unionists, intellectuals. And now look at the current situation: since the 15 July coup attempt, more than 30,000 people have been arrested. In Turkey, in every family, in every corner, you can come across someone being detained, tortured… so when you are talking about that kind of detention, it’s not a personal story anymore, it’s just a common theme.”

In that regard the title to Turkish writer and journalist Ece Temelkuran’s recent non-fiction work, The Insane and the Melancholy, would appear to fit this novel as well. Yet there is more to it than that. If humor makes a few distinguished appearances from within the stories prisoners share with one another, it is beauty the reader is most likely to find central to Istanbul Istanbul—coming from the evoked city, as a sublimation of the inmates’ experiences, and in random little moments. Sönmez is interested in “giving a sensation of the beauty of politics and individuals in the shade of the city”… it is, it seems, what gives his world unity.

Good was moralistic. Right was calculating. Whereas beauty was infinite. Beauty was in a word, a face, in the carvings on a wall soaked by rain. It was in someone’s daydreams in the absence of an image, and in an unknown meaning.

“When we talk about beauty, we can apply it everywhere in the world,” he says, “beauty is not a noticeable aesthetic term anymore, it’s also a political term. When we defended, saved Taksim Gezi Park from being turned into a shopping mall it wasn’t just saving the beautiful part of the city, it was also a political act. Nowadays you cannot separate those kinds of terms, the beauty, the rightness, the fairness, the good and bad things… everything is now in the same pot.”

When questioned as to whether this muddle is indeed a welcome development, Sönmez, offers an unexpected show of hopefulness: “It gives an opportunity to remind us that mankind, society, is a totality. In the last few centuries, the Western capitalist system always told us that we needed division—you just do your own job and do not get involved with other things. That was wrong. Man is a total being. We can be a simple thing on the street, yet at the same time imagine a star in our mind, a galaxy, beauty… So why separate different parts of this existence?”

In the end, Sönmez unites all those disparate strands (politics and beauty, a city underground and aboveground, past and present) to portray a more complete Istanbul, one free—counterintuitively, perhaps—of illusions. “We are not individuals of the past, we are individuals of today. If people would like to have a good future then they should fight for it. That’s why the end of the book gives different possibilities to the reader. And people ask: ‘which option is more possible?’ It depends on who’s reading… whatever you do in the city, then you will change your own fate, your own destiny, but also the destiny of other people who live in the same city with you.”