Istanbul Author Kaya Genç On the Trouble With Writing About Turkey 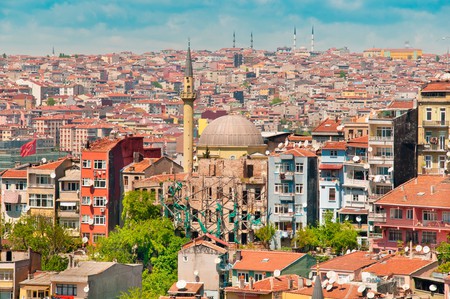 In his latest book, The Lion and the Nightingale, Kaya Genç takes up the challenge of communicating Turkey’s dramatic recent history, starting with the New Year’s Eve 2016 Istanbul nightclub attack. Speaking to Culture Trip, he explains just how tough – and perilous – writing the truth can be.

“During the coup attempt, the soldiers took control of the bridges connecting Asia to Europe. They were firing from one side to the other. And so that small piece of infrastructure becomes very symbolic.”

Very symbolic – even in such extreme circumstances. After all, what happened on that Istanbul bridge on July 15, 2016 cannot but evoke one of the great travel clichés: Istanbul as the gateway between East and West, the city whose vocation is seemingly to conjoin Asia and Europe. It’s a red herring of an image, so often derailing our perception of Istanbul: cue talk of melting pots.

“It’s not helpful. We always complain when we see that cliché. But it reappears quite frequently because, physically, there is this moment when you pass from Asia to Europe on the bridge.” 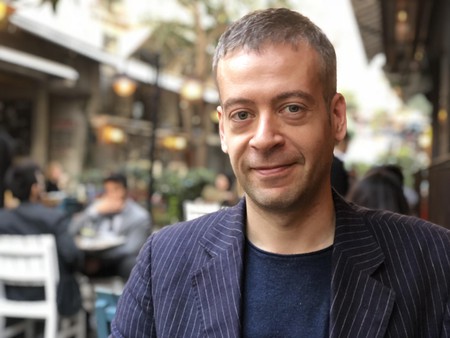 In favouring the easy pickings of cliché, we leave out much that is more truthful. Turkey has long been diminished by this tendency among writers. For his next book (“a history of Turkish literature”), Genç has been reading the diaries that authors such as Gustave Flaubert, Arthur Conan Doyle and Mark Twain kept “during their Oriental tours. That was an education because it taught me how Istanbul has been represented in the Western imagination”.

Today we are all too familiar with the image of Istanbul as East-West welding joint, but earlier writers “were feminising, gendering Istanbul. It’s always like a woman wearing a veil, then they lift the veil and see its beauties. And then they find these mysterious women in alleyways and they’re like a fantasy. Even in Ulysses, Bloom has this fantasy of meeting a veiled woman and [there’s] this smell of soap, and then they go to her home and have sex. You see how strong that kind of gendering and sexualising [of] the Orient is. And then of course, [there’s] the problem of self-Orientalisation: Turks also see themselves like that.”

For Genç, it seems there is always another layer of complexity to consider. The East-West cliché is bad… but there’s also truth in it: “it’s one of the things that you can’t escape because Turkey has this great history of painful modernisation and Westernisation, so whenever you want to write about Turkey, Westernisation will come up.” And while the sultry Orientalising is bad, sometimes the Turks do it to themselves.

Factor in just how violently eventful the past few years have been for the Turks – the 2013 Gezi park protests; 2016’s attacks on Istanbul and Ankara, then the attempted coup; military operations in Syria – and you start to understand the challenge Genç was setting himself with his latest work. 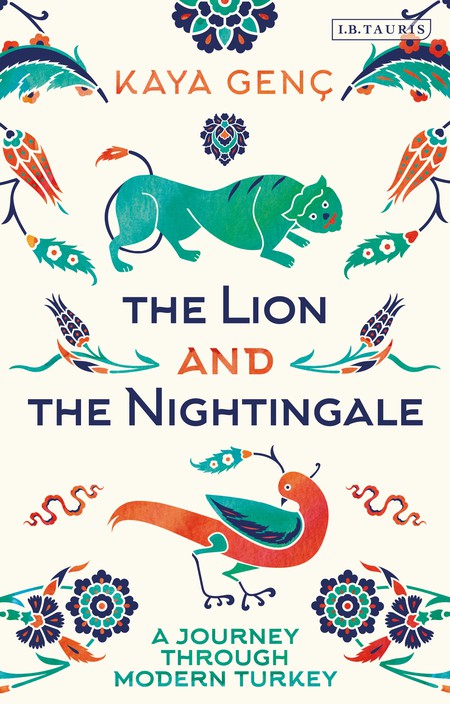 Jacket of The Lion and the Nightingale | © Courtesy Bloomsbury

The year we didn’t want to live

Genç navigates the complexity by dotting a series of intimate portraits of Turks from various walks of life around sections of first-person political commentary. The Lion and the Nightingale begins with a painfully tense account of the Uzbek terrorist Abdulkadir Masharipov’s movements on New Year’s Eve 2016. The book proceeds to tell Turkey’s recent history – mostly 2017, the year “we didn’t want to live” – as if it is unfolding before the reader’s eyes, with Genç regularly entering the narrative to brief the reader.

“I tried to make the book compact and the writing rich. Rather than rhetoric, I wanted to paint these scenes. It has to come like punches. My editor was telling me, ‘You don’t even have to comment on the events. You just describe them’. The ISIS attacks, the imprisonment of intellectuals and journalists: I just wanted to get it all there, all these things happening at the same time. But then there are the timelines of people who are having their own experiences, so I wanted to contrast them.”

This layering of the mundane with the monumental is effective. With the second portrait (of the New Year’s Eve terrorist) ending in catastrophe, the rest of the book is shot through with tension: it feels as if every subsequent character is going to be involved in something terrible. They are not, but the urgency generated by the opening sequence befits Turkey’s situation and Genç’s endeavour.

Yet there was also an urgency not to exaggerate the dangers of his home city. “There’s this responsibility about representing Turkey. On the ground we intellectuals had these kinds of fears and anxieties but, on the other hand, life went on and normalcy returned. Especially [in 2019]: we had no terrorist attacks; it’s much more silent. And when people come to Istanbul, they’re surprised: they were expecting something else. So I also wanted to represent this normalcy and mundanity of the city. When I was touring my previous book, everyone was asking me, ‘Is it safe in Antalya? Is it safe in Bodrum?’. It was all about holidays and buying property for the British people but [there was] little interest in the culture and history apart from [Turkish novelist and recipient of the 2006 Nobel Prize in Literature] Orhan Pamuk’s books, so it’s a kind of responsibility.”

Giving a voice to the silent and the silenced

When speaking, Genç uses ‘we’ a lot. It is a habit that is linked to another reason for the book’s sense of urgency: in the months following the coup attempt, the arrests of journalists and liberals began. One of the book’s later pen portraits introduces us to Murat Çelikkan, a journalist acquaintance of Genç who was jailed in 2017. “He has no connection to the Islamists, Gulenists; he just showed solidarity with a newspaper that was closed after the coup, as a symbolic gesture, and for that he was punished. So, suddenly, repression came to people around us: secular, Westernised people with no connection to religious groups or power centres. It made lots of people more careful about their social media posts; their comments to the press. The rapidity was scary.”

The ‘we’ Genç refers to includes the residents of “our little neighbourhood, like an Istanbul Bloomsbury neighbourhood called Cihangir”. They’re the nightingales of the title to the lions of Erdoğan’s government. Genç also identifies with his imagined reader: “She reads The Economist or The New Yorker. Maybe she has been to Turkey, to some historic places; she has read Orhan Pamuk. But she knows little about the present situation apart from the political developments, which are always represented in connection with Erdoğan and the Turkish military. How does it feel to live on the ground?”

Whether he’s putting us in the shoes of Binevş, a Kurdish cleaner, or Özge Ersoy, a Turkish curator living in Hong Kong, Genç conveys the on-the-ground experience with great empathetic clarity. The Lion and the Nightingale reminds us that, now more than ever, anything that clouds our vision – be it ignorance, credulity, cliché, fluff, propaganda, the silencing of journalists, fake news, romanticism – must be urgently dissipated.