How to Spend a Perfect Day in Istanbul 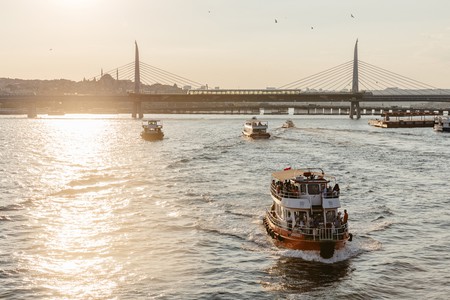 East has met West in Istanbul for millennia. The mighty Bosphorus River surges through this modern-day melting pot, breathing new life into an ancient city. Here’s how to spend a perfect day exploring Istanbul‘s storied streets, from its iconic mosques to buzzing markets.

Want to explore Istanbul’s Grand Bazaar? Book Culture Trip’s 12-day group tour where you’ll get to haggle for souvenirs and sip Turkish tea in one of the largest covered markets in the world.

Head to Ortaköy on the outskirts of Istanbul and feel the cool morning breeze as the light dapples the Ortaköy Mosque and Bosphorus Bridge. Visit this serene spot before the tourists arrive and stop for brunch at one of the little cafés along the waterfront. 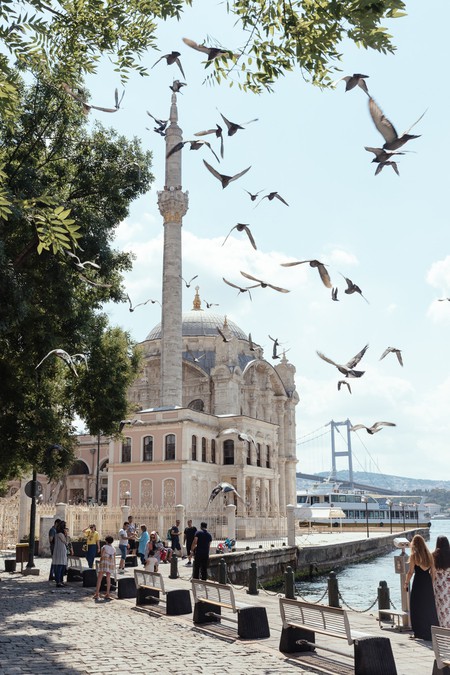 Hail a taxi to Taksim Square, a historic hotbed of political activism in the heart of Istanbul. Check out the Republic Monument, which commemorates the founding of modern Turkey almost a century ago. The square is also a great spot for people watching as it connects much of the city. 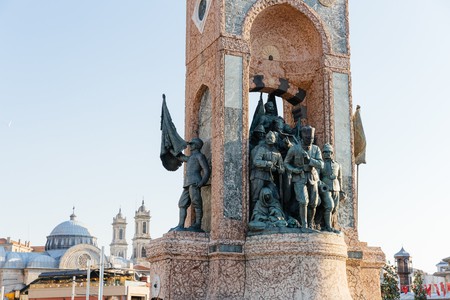 Pick up a tram from Taksim Square and ride along İstiklal Caddesi, a pedestrianised shopping street that hums with activity. These bright red trams are noisy and bumpy, but there’s no better way to feel like a local than riding one of Istanbul’s gorgeous, nostalgic streetcars. 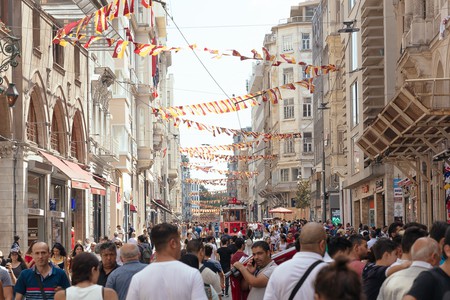 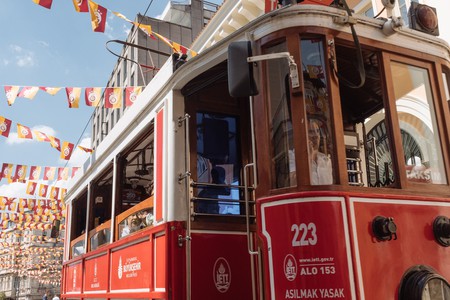 Buying one tram ticket allows you to hop on and off as you please. Take advantage of this to explore the many ancient arcades that branch from İstiklal Caddesi. Go with the flow of people who wander through these cool, dark passageways piled high with leather goods, spices and souvenirs. 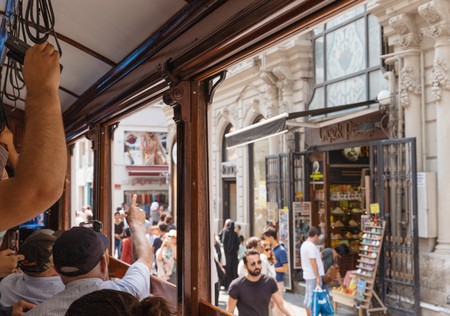 Hop off in the Galata neighbourhood and visit the Galata Tower. This 14th-century tower, one of the oldest and tallest in Istanbul, offers panoramic views of the city. 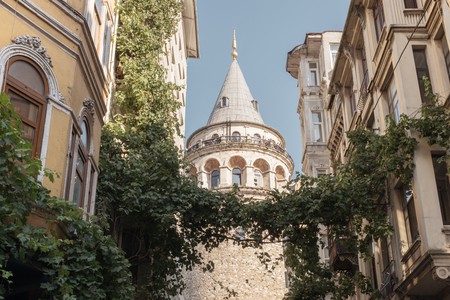 Take the bridge connecting Galata to the Old Town. This idyllic spot provides views of Istanbul’s skyline and is dotted with hundreds of fishermen. Make sure to stop at one of the floating restaurants for a fish sandwich (balık ekmek), a local favourite. 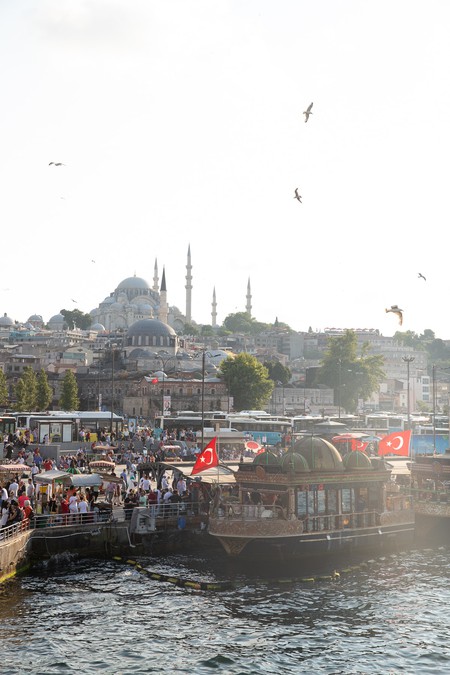 Once you’ve visited the Blue Mosque, head down to the waterfront for great views | George Hughes / © Culture Trip 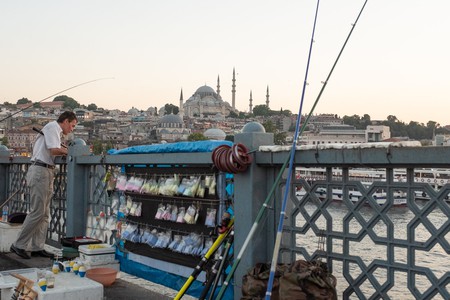 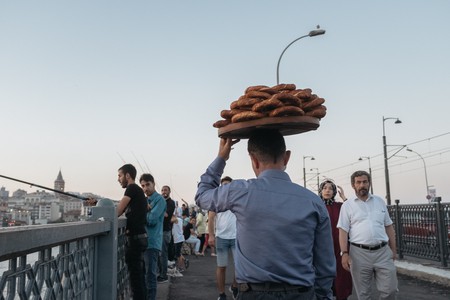 Next stop is the Grand Bazaar, Istanbul’s market where people have traded for hundreds of years. Roam the narrow corridors and be sure to look up at the beautiful faded frescos. The passageways are especially atmospheric when smoke from the grills catches shafts of light afforded by the centuries-old architecture. 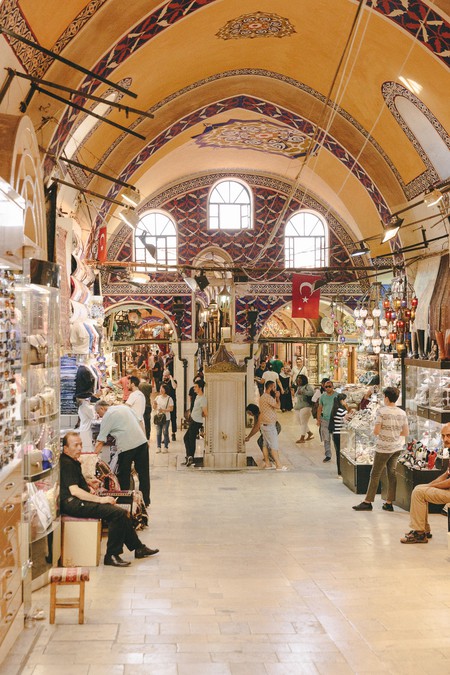 Afterwards head to the Sahaflar Çarşısı. Even if you’re not obsessed with books, this market is well worth exploring, not least of all for the street cats who are treated here as fellow citizens. Literature lovers will lose themselves in the piles of rare Arabic and English titles. 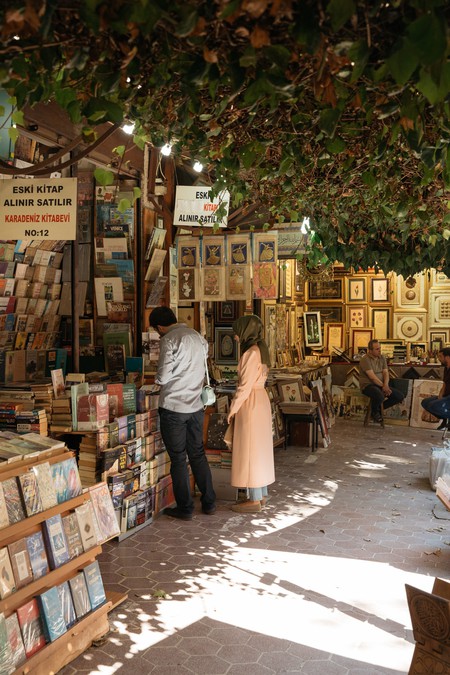 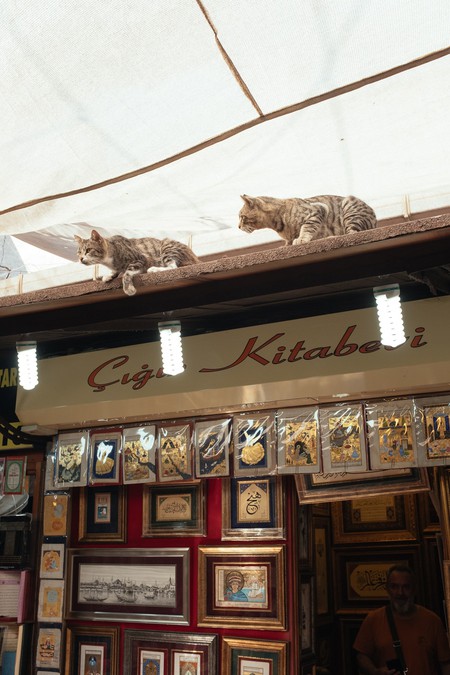 No visit to Istanbul would be complete without seeing the Blue Mosque and Hagia Sophia, a former Greek Orthodox basilica and later an Ottoman imperial mosque. From 1935, the Hagia Sophia, once the world’s largest building, was a museum, but in 2020 it was turned back into a mosque. Anyone can still visit, even non-Muslims, but make sure you dress appropriately. 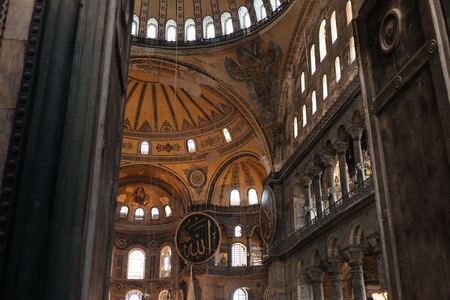 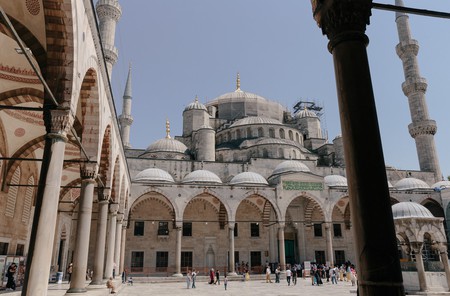 There’s no better way to end a day in Istanbul than watching the sunset from the Süleymaniye Mosque or Golden Horn Metro Bridge. The sunsets here are unparalleled, framing the silhouette of the city’s skyline while the evening call to prayer echoes all around. 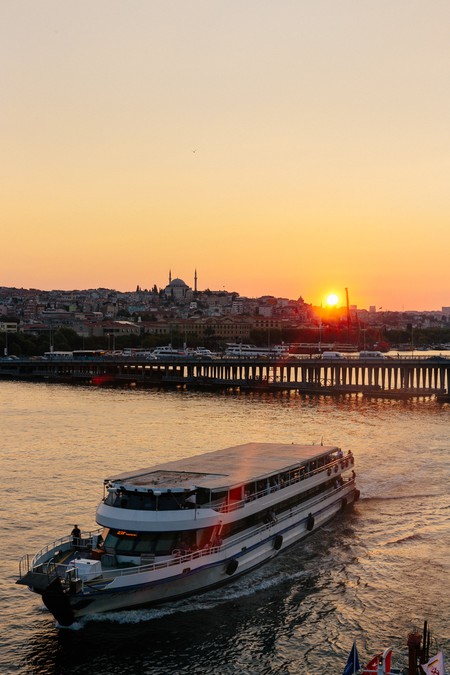 Looking for the perfect place to start and end your day? 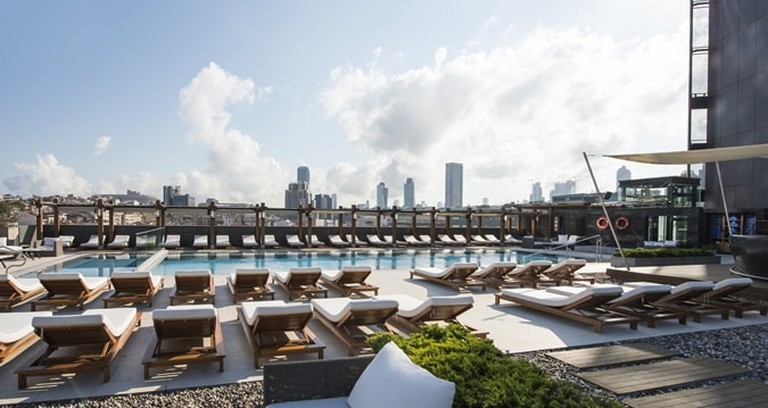 Located in Istanbul’s central Şişli district, Hilton’s luxury hotel offers easy access to Taksim Square and İstiklal Caddesi. There’s an indoor pool and a seasonal rooftop pool for relaxing, as well as a spa and fine dining with 360-degree views of the city’s unmistakable skyline.