How to Spend 48 Hours in Cappadocia, Turkey 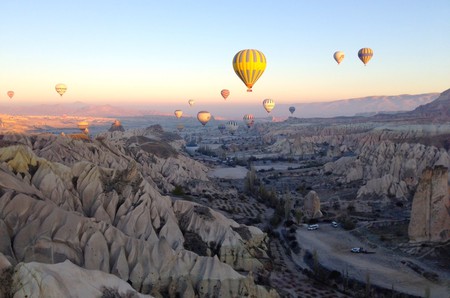 Of course, two days are not enough time to explore the vast beauty of Cappadocia, but it’s certainly enough for a small appetizing introduction. In case you only have a limited amount of time, we chose some of the essential activities.

Before you get to Cappadocia, make sure to choose a good hotel, preferably one of the many cave hotels that really give visitors a unique experience. These accommodations, located within the soft volcanic rock, are not only historic but also have all the modern amenities that you’d expect. Another good idea is to look for hotels located in Göreme because all the major sights are in this area; with only 48 hours, you shouldn’t waste time traveling from one place to the other. 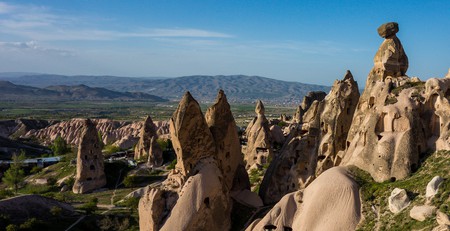 Speaking of major sights, spend your first day exploring Cappadocia’s most important historical points. The Göreme National Park is a UNESCO World Heritage Site, and you can spend the day exploring the fairy rock chimneys and rock formations as well as the beautiful churches and homes carved right into the rocks. These cave dwellings date back to the Roman era and were inhabited by Christians who retreated from the Roman Empire. The Tokalı and Elmalı Kilise (Church of the Buckle and Apple Church) are some of the most richly decorated, and you should definitely see the beautiful frescoes that continue to stun visitors to this day. 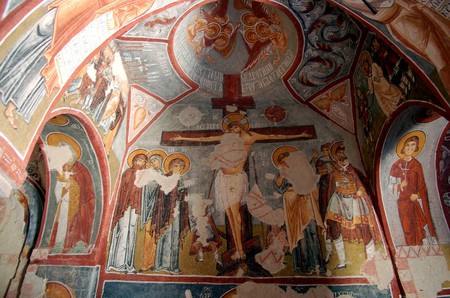 Another important sight is the underground cities, which were used by the Christians in the Byzantine era for protection against Muslim Arabs during the Arab-Byzantine wars. While you can certainly sign up for one of the many offered tours, it’s much cheaper to go to Göreme’s main bus station and take a dolmuş (minibus) to Nevşehir and then another dolmuş to Kaymaklı to visit the Kaymaklı Underground City. You can always ask the bus driver where the next dolmuş takes off, and you’ll only end up paying around six Turkish Liras to get there. 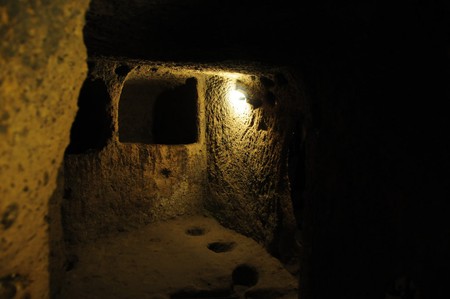 On your second day in Cappadocia, you should partake in another essential experience: the hot air balloon tour. The easiest way to book this tour is through your hotel, which will choose the most trustworthy service and reserve everything in advance. The hot air balloon tours always take off very early in the morning, so make sure to get to bed early to get your sleep. The reason for this very early appointment is because the view of the valley is most beautiful when the sun begins to rise, bathing everything in a hue of warm and changing colors. Look out over the whole mystifying landscape and make sure to bring a camera along! 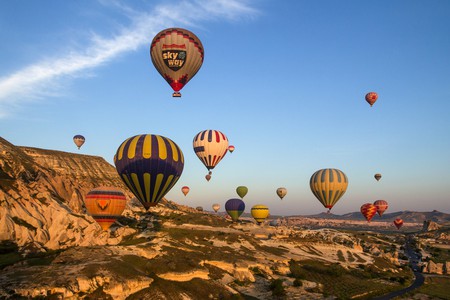