How to Spend 48 Hours in Antalya, Turkey 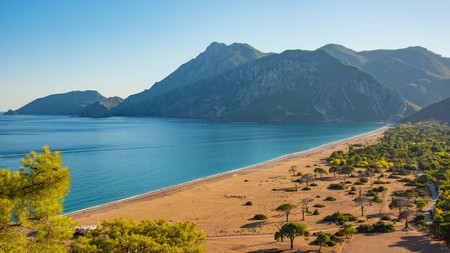 A city crammed with history overlooking the Mediterranean, there’s lots to see and do both in Antalya and its surroundings. Check out our itinerary if you only have two days to see one of Turkey’s most popular summer resort towns.

One of Antalya’s most important historic sites is Hadrian’s Gate, which dates back to 130CE and was built to commemorate the visit of the Roman Emperor Hadrian. Past the gate, you can walk right into Antalya’s old town, also known as Kaleiçi, to explore the narrow cobblestone streets, old stone and wooden houses, the Broken Minaret Mosque (formerly a Roman temple built in the 2nd century CE) and do some shopping in the many souvenir shops all around. 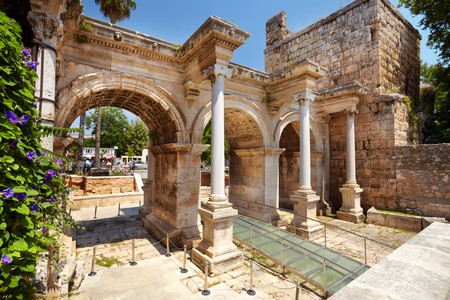 If you’re a fan of börek (fine layers of dough with various fillings baked to crispy perfection), then make sure to stop by Börekçi Tevfik to eat the best börek in Antalya. Open since the 1930s, the thin dough is rolled out expertly by hand and then filled with ingredients such as lor cheese, white cheese with parsley, or minced meat. The sweet börek topped with powdered sugar is also a local favorite. After lunch, delve a little bit more into Antalya’s rich history by visiting the beautiful Antalya Museum. One of Turkey’s largest museums, the Antalya Museum’s thirteen halls include stunning statues from the Roman era, mosaics from the Byzantine period and Ottoman era inscriptions, to name just a few. You can visit as part of Culture Trip’s exclusive 12-day Turkey tour, led by our local insider. 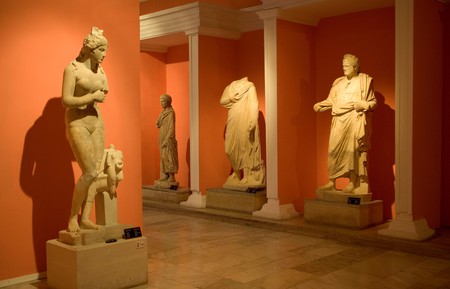 Antalya Museum showcases findings from ancient civilisations including Perge, some of which are seen here | © mauritius images GmbH / Alamy

No visit to Antalya would be complete without trying the delicious seafood, Turkish-style. One of the city’s best seafood restaurants, Antalya Balık Evi is the perfect place to choose from the day’s freshest catch and enjoy it all while looking out over the Mediterranean.

After a day of getting to know Antalya, it’s time to travel to the area’s most beautiful and remote beach town: Çıralı. About a 1.5 hour drive from Antalya’s city center, you can either rent a car or take the dolmuş (small bus) that goes to Kumluca, Finike, Demre, or Kaş and ask the driver to get off at the Çıralı intersection (where another bus will be waiting to take passengers down to the town center). You can stay at one of the many family-run pensions and take the bus back to Antalya in the morning (and then the airport). 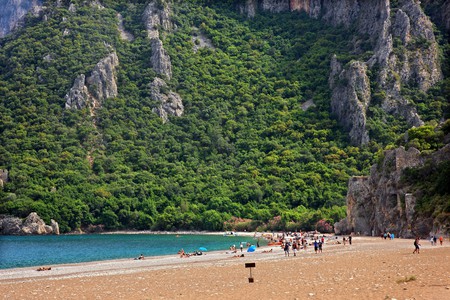 After spending the day getting lazy on the beach and swimming in the crystal clear water, head to the end of the beach to explore the ruins of Olympos, an ancient city that belonged to the Lycian Empire, built during the Hellenistic Period. After walking along a river studded with flower bushes and small streams, you can follow the signs to see the ruins of the historic city, including the remains of a Roman temple, bathhouse and more. 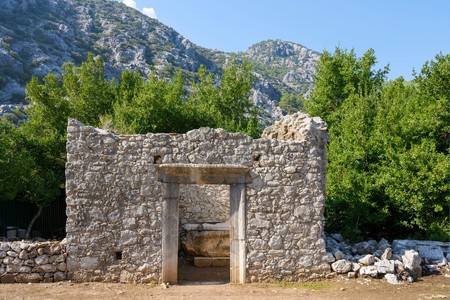 One of the best places to have a quick lunch on the beach is Karakuş Restaurant. With a large menu including everything from pasta to grilled meats, fresh fish and homemade pide varieties, be sure to order an ice cold beer to cool down in the summer sun. Çıralı’s other famous site is that of the eternal flames of Chimera (Yanartaş), which gets its name from the rocky landscape from which natural gas escapes from small holes and catches fire immediately. Especially stunning at night, the site inspired the Greek myth of Chimera, a creature that breathed fire and had the body of a lion, goat and snake. Be warned – the hike up to the flames themselves is quite arduous – but worth it! 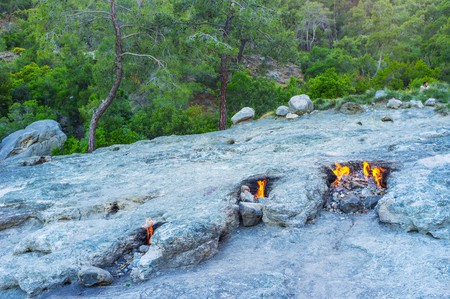 After that challenging hike, head to Yörük Restaurant to really indulge in classic Turkish dishes. We’re talking about pide that’s as long as your table, countless kebab varieties, fresh fish and all kinds of meze, all of which are so delicious that it’s no wonder Yörük is a local favorite.
Keen to visit but not sure where to start with planning your trip? Consider joining Culture Trip’s specially curated 12-day Turkey tour, which includes Antalya, Istanbul and Cappadocia among several other fantastic destinations.