How to Explore Istanbul in 48 Hours 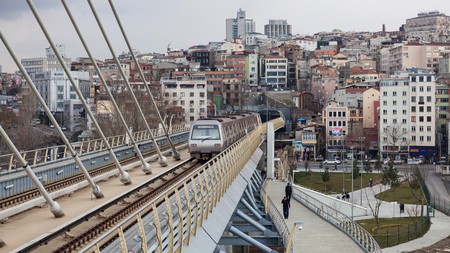 There is much to see in Istanbul | © Koraysa / Alamy Stock Photo

In 48 hours in Istanbul, you can go to a jazz concert, drink cocktails in a hidden lemon garden, discover mosques and Orthodox churches, and take a sunset sail between continents.

Want to explore Istanbul’s Grand Bazaar? Book TRIPS by Culture Trip’s 12-day small-group tour, where you’ll get to haggle for souvenirs and sip Turkish tea in one of the largest covered markets in the world.

Day one: Discover the streets of the city and peek inside Orthodox churches

Morning – Turkish breakfast and Istanbul from above
Start the day with a traditional Turkish breakfast spread at Privato Café, located on a cobblestone street in Galata – a neighbourhood known for its Greek heritage, handicraft shops and street musicians. Fill your belly with regional cheeses, olives, home-made jams, bal kaymak (clotted cream with honey), gözleme (flatbread with yoghurt), menemen (Turkish-style scrambled eggs), salads, spicy sausage slices and lots of çay (tea), before walking a few minutes to Galata Tower, a stone tower built in 1348 by the Genoese. The line here can be quite long, but it’s worth the wait to enjoy panoramic views of Istanbul 63m (206ft) from above. Get an overview of the city and its geographical wonders, keeping in mind the local legend that you are destined to marry whomever you climb the tower with. 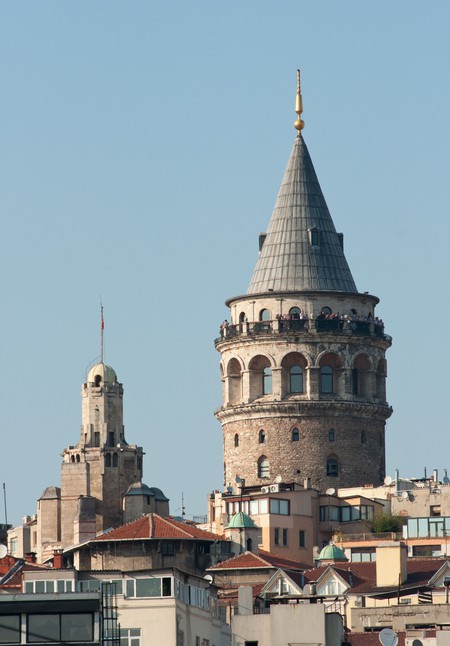 From the tower, head downhill and cross Galata Bridge – you can either walk or take a short taxi ride across – to the neighbourhood of Balat, which is home to colourful buildings and vintage boutiques. Peek inside art gallery the Pill and grab a cup of coffee at Cumbalı Kahve, a café that is popular with Instagram bloggers for its turquoise decor. Afterwards, visit St George’s Cathedral, a vital piece of Orthodox history. 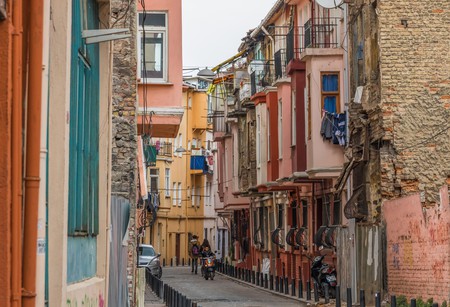 Evening – Hit the city centre and discover the nightlife

In the late afternoon, take a taxi or bus 55T to Taksim Square, the unofficial centre of Istanbul, and walk down İstiklal Caddesi. Visited by up to 3m people a day, this street is lined with clothes shops, bookshops, art galleries, cinemas, patisseries and restaurants. Head to Yeni Lokanta for dinner, a restaurant that puts a modern spin on traditional Turkish dishes. Istanbul nights rarely end early, and if you feel like a drink, hit up Limonlu Bahçe, a garden bar renowned for its home-made lemon cocktails. If wine is more your thing, take the short walk to Solera Winery, which specialises in Turkish varietals. 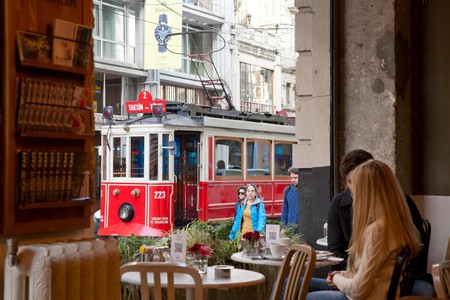 Morning – Explore the meeting point between religions
Get to Hagia Sophia when it opens at 9am, before the line gets too long. As one of the main symbols of Istanbul, it is a unique meeting point between empires, the East and the West, Islam and Christianity. Built by the Byzantine Empire in 537CE, Hagia Sophia was a church until 1453 when Fatih Sultan Mehmed conquered the city and converted the landmark into a mosque. Today, Hagia Sophia functions as a museum and features both Islamic writings and Christian statues, standing as a reminder of how differences religions can coexist. The historical sights in Sultanahmet are all within walking distance. From Hagia Sophia, walk a few minutes to the Sultan Ahmed Mosque, also known as the Blue Mosque. The mosque, covered in more than 20,000 blue ceramic tiles, is popular with both tourists and active worshippers. 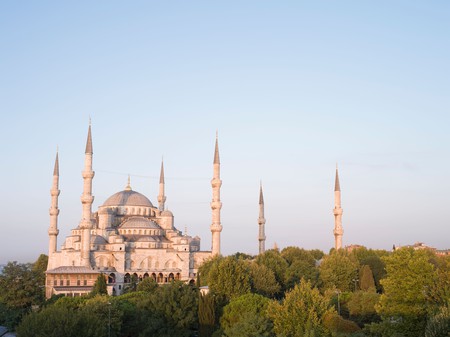 Take a lunch break at Sultanahmet Köftecisi Selim Usta, which is known for its köfte (grilled lamb meatballs) served with rice, bean salad and lentil soup. Topkapı Palace, a former residence of Ottoman sultans, is just a 15-minute walk away. 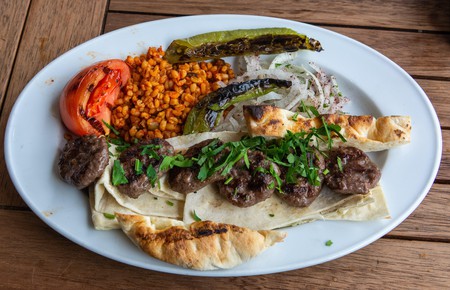 Evening – Catch a breathtaking sunset from the Bosporus

From the Sultanahmet district, get on the T1 tram line to Eminönü station and take a ferry to Kadıköy on Istanbul’s Asian shore. The half-hour ferry trip between continents offers unrivalled views of the Bosporus and city skyline. If you can time it, try to catch the sunset. Once in Kadıköy, stroll around the lively side streets and head to Çiya Sofrası for dinner. The restaurant serves dishes from every district in Turkey and was featured in the fifth season of the Netflix Chef’s Table. Still, it is very unpretentious, and reasonably priced. Go to the counter and ask about the dishes on display before picking a selection paired with fresh salad and an ayran yoghurt drink. There are a number of bars in Kadıköy, with Karga, a lively music venue, the most popular. After a Bomonti beer or two, head back to the European side for some live music in the Beşiktaş neighbourhood. End your night in style at Mitanni with an earl grey martini while watching a range of talented jazz and blues bands perform. 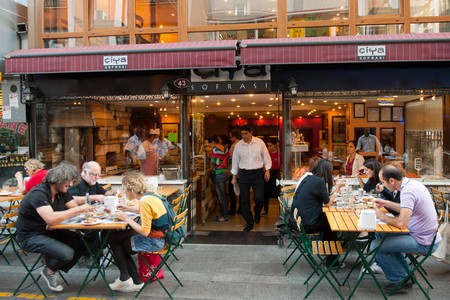