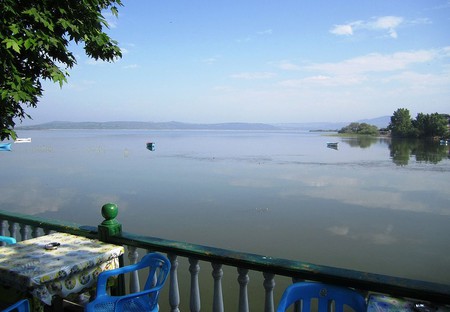 Known historically by the name of Apolyont, Turkey’s Uluabat Lake is much more than a beautifully serene body of water surrounded by idyllic traditional villages. The lake is notable for its rich natural diversity, including many migratory birds, some of which are endangered.

Located around 40 kilometers (24.8 miles) west of Bursa on the road that leads to Izmir, the long and shallow Uluabat Lake is often visited in conjunction with the famous Gölyazı village. Once an ancient Greek settlement, dating back to the Roman era, the village is a popular place of exploration by travelers who enjoy experiencing authentic sights off the trodden touristic paths. There are also many other points of interest around the lake, including other traditional Turkish villages, the Issız Han (a historic Silk Road caravanserai-turned-hotel); striking archaeological sites such as the Neolithic settlement at Aktopraklık (one of the earliest examples of farming communities from around the 6th century BC); and Byzantine-era ruins on a few of the eight islands that surround the lake. 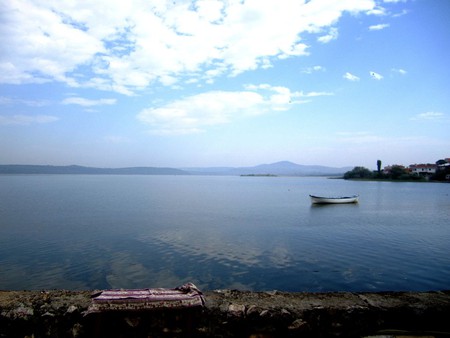 Of course, Uluabat is not only an important point for human history but also for animals, as it is part of the Wetlands National Protection Project. By 1998, the site was designated as a “living lake” by the Global Nature Fund and recognized by the Ramsar Convention on Wetlands of International Importance. All of this recognition is due to the lake’s positioning on an important European waterfowl migration route, which means that every year it is full of migratory waterfowl, including pelicans, ducks, storks, ibis, herons, terns, and egrets. However, one of the lake’s most important visitors is the endangered pygmy cormorant, a species of seabird that uses the lake to breed. 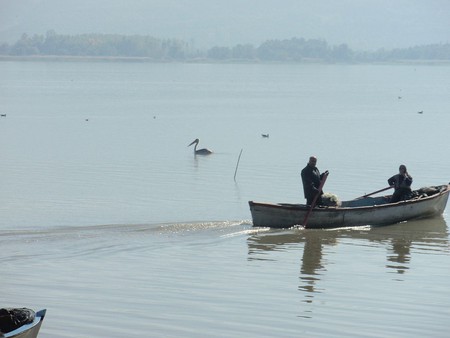 In terms of numbers, the lake has a protected area that spans 199 square kilometers (76.8 square miles) with 310 species of waterfowl, 109 species of nesting birds, and 21 fish species. Up to 1,000 of endangered pygmy cormorants winter in the area, as well as 136 Dalmatian pelicans, 42,500 common pochards, 13,600 tufted ducks, and 321,550 Eurasian coots. Around 300 pairs of pygmy cormorants, 30 pairs of squacco herons, and 75 pairs of spoonbills also nest in areas around the lake, while 25 pairs of little egrets and 10 pairs of glossy ibis were also seen around the region. 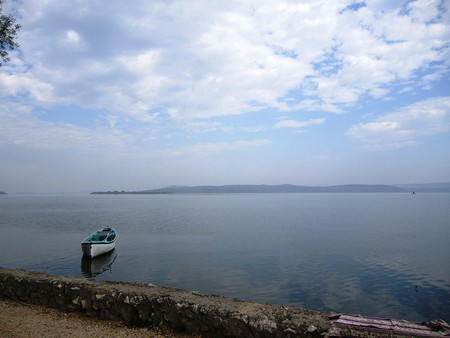 The fish species (including carp, pike, catfish, chub, and herring) that inhabit the lake are also an important factor for locals who sell the fish in the lakeside village markets. All in all, Ulabat is a great day trip from Bursa, where you can discover traditional villages and historic ruins and observe the rich life of this very special lake.