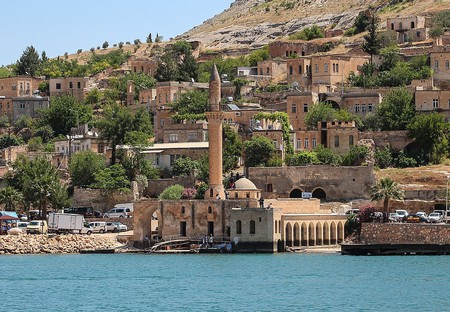 Partially submerged due to a dam project, the town of Halfeti in southeastern Turkey is a truly stunning sight. Member of the Cittaslow movement, the remnants of the old town can still be seen beneath the translucent waters. Find out more here.

Much of Halfeti was submerged under water due to the Birecik Dam, which flooded the area in the 1990s and so a new town was subsequently built about 15 kilometers away. As such, the settlement is divided into New and Old Halfeti. The remnants of Old Halfeti, sunken into the river, have attracted visitors who marvel at the sight that could be compared to an underwater museum. The town’s history goes back to 855 BC when the Assyrian King Shalmaneser II first established the settlement. During the Roman era, a settlement under the name of Akamai thrived, later changing to Koyla. 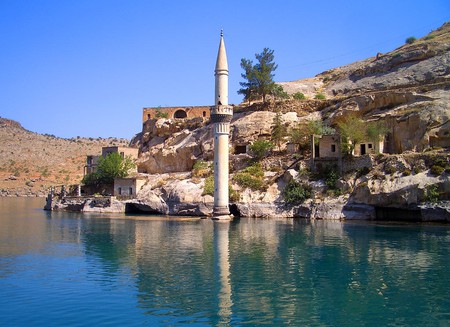 After the Roman period, the town witnessed many civilizations including the Sassanians, Arabs, Umayyads and Abbasids who ruled over the area from the 6th until the 8th centuries AD. By the 11th century the Seljuks took over Halfeti and by the 16th century it became part of the Ottoman Empire. In 2013, the town was granted membership of the Cittaslow movement, which, inspired by the slow movement, aims to improve the quality and enjoyment of life through slowing down the pace and focusing on quality rather than quantity. The movement chooses small towns (with a population under 50 thousand) and supports local governments in the development and protection of traditions, cuisine, and nature. 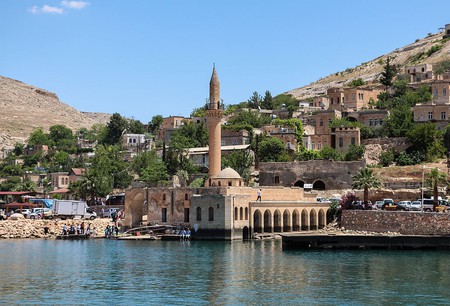 Halfeti can be reached by renting one of the small boats along the shore (about 100TL for a whole boat – about 30TL per person if you go with a group) and the view of semi-submerged stone houses, trees, minarets, and historical monuments (such as the old castle and palace) are truly wondrous. The half sunken minaret of the Savaşan Koy is one of the most iconic images of Halfeti. Many visitors come to the town after taking in the area’s other important sight: the Rumkale, an ancient fortress that was built by the Assyrians and later used by Byzantine and Armenian warlords during the Middle Ages. In time, Rumkale, which was also once the seat of the Armenian patriarch, was conquered by the Memluks, Seljuks, and finally the Ottomans when Anatolia was taken under Islamic rule. 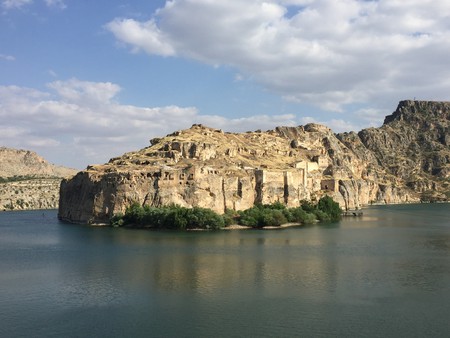 Apart from its historical and architectural value, the town is also famous for its black roses. These extremely rare roses appear in small numbers in the summer and only in Halfeti due to the area’s unique soil conditions and the groundwater’s pH levels derived from the Euphrates River. The roses first appear dark red in the spring but turn black when the summer arrives and are now almost extinct due to the submergence of old Halfeti.