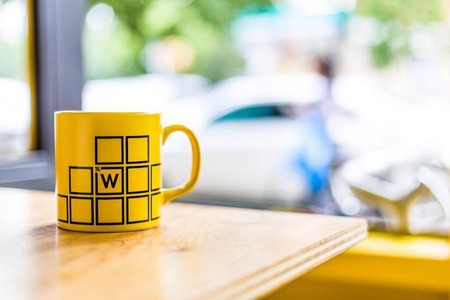 If you thought that one of TV’s most popular shows, revolving around a struggling teacher who ends up producing and selling crystallized methamphetamine, couldn’t inspire a coffee shop, you’re quite wrong. Walter’s Coffee Roastery in the Moda neighborhood on Istanbul’s Asian side pays homage to Walter White in every detail from coffee preparation to the interior decoration.

As soon as you walk into Walter’s Coffee Roastery, you’ll notice that the staff are all dressed in yellow overalls, much like the outfits Walter White and Jesse Pinkman wore while producing crystal meth on AMC’s legendary show, Breaking Bad. Saying that Deniz Kosan, the founder of this unique roastery, is a huge fan of the show would be an understatement. Even though the coffee shop was supposed to be called ‘Heisenberg,’ Kosan soon discovered that another venue in Karaköy had already taken that name, and so Istanbul gained two Breaking Bad themed venues on both sides of the Bosporus Bridge. 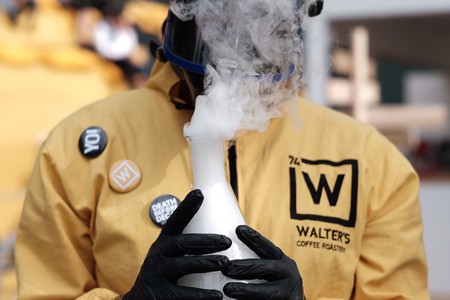 More like a laboratory than a coffee shop, everything from the beakers used to make and serve coffee, the yellow ‘hazardous material’ overalls, and the giant periodic table covering the entirety of one wall are reminders of the meth-lab-centric show. On the menu you’ll also find a lot of Breaking Bad references, such as pancakes embossed with the face of Bryan Cranston’s epic character, or cupcakes decorated with crushed blue candy inspired by Blue Sky, the potent and almost entirely chemically pure crystal meth made by White and Pinkman in the show. Tired of the same kind of venues opening up in Istanbul, especially in terms of coffee shops, Kosan and his cousin decided to go for a very original project indeed: a coffee shop that looks like a chemical lab. Since Walter’s Coffee Roastery is not an officially licensed venue connected to Breaking Bad, the references are always subtle and playful but definitely obvious for people who are fans of the show. 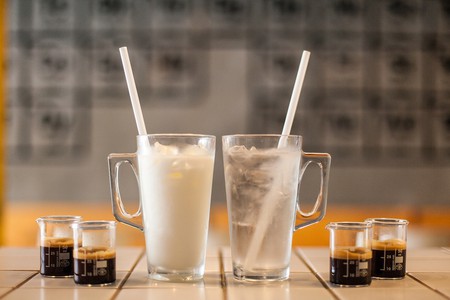 Of course, the unique theme doesn’t take away from the quality of the coffee served at the themed café, because if there is something that Kosan is as serious about as his Breaking Bad fandom, it’s the quality of the coffee he serves. Both a coffee shop and micro-roastery, quality beans such as Colombian Supremo are roasted directly in the café, filling Walter’s with the scent of fresh coffee. On the menu you’ll find lots of options, from the simple espresso or filter coffee to Americano, Black Eye, Mocha, Affogato, Flat White, and Dirty Chai. In the summer the roastery also offers cold beverages, such as Iced Chai Tea Latte, Latte Shakes, Japanese Cold Brew, and Lemon Brew. As for the food, Walter’s has three great breakfast options, including a bagel or pancake breakfast, or the Walter’s Breakfast with two sunny-side-up eggs, pancakes, sausages and country potatoes. Of course, you can always have some chocolate or carrot cake with your coffee, or even the venue’s homemade pudding. As for the future, Kosan is also planning to host tastings, workshops, and tailor-made roasting options so that his venue continues to grow and interact with its admirers. 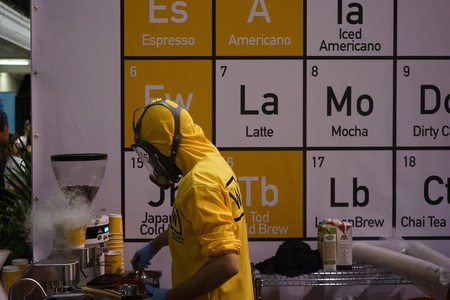