Football Away Days: What To Do In Istanbul 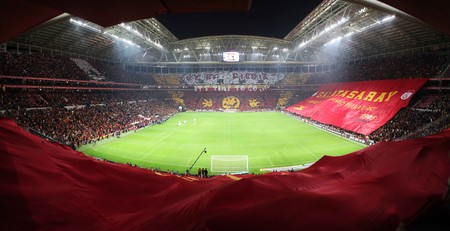 Galatasaray fans before a match against Fenerbahçe | LardoBalsamico/WikiCommons

Home to Turkey’s three biggest football clubs, there are few cities that can offer you two different continents in the same trip in the way Istanbul can.

The city straddles Europe and Asia, separated by the Bosphorus Strait, and is home to Galatasaray, Fenerbahçe and Besiktas. All three have stadiums located fairly centrally, with Fenerbahçe’s Şükrü Saracoğlu Stadium on the eastern, Asian side and the other two in Europe.

Istanbul is very busy, but there is plenty to see so ensure you make the most of it while you’re there with our guide. 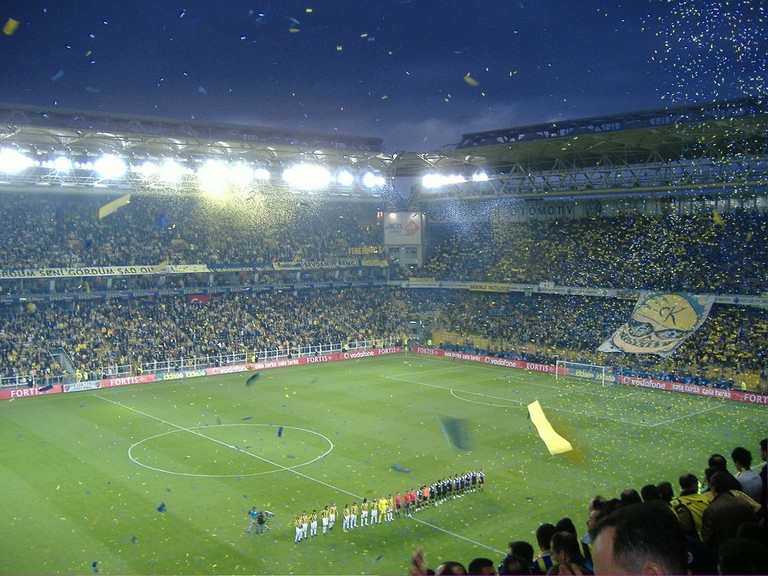 Fenerbahçe's Şükrü Saracoğlu Stadium | © commons.wikimedia.org
Mutfak Dili Ev Yemekleri – This unassuming esnaf(tradesmen) restaurant is on a side street, with its blue entrance, hand painted sign, and plastic tables and chairs. It also happens to serve some of the city’s best home-cooked Turkish food. Simple dishes like salçalı köfte (meatballs covered in a tomato paste sauce), imambayıldı (aubergines stuffed with tomatoes and onions) or arnavut ciğeri (Albanian-style fried and diced liver) are prepared lovingly and taste heavenly. The menu changes daily and the restaurant is only open for lunch Monday through Friday.
Open In Google Maps
İstanbul, 34421, Turkey
+902122535344
Give us feedback

Susam Café – Directly translated as “Sesame Café,” this place is situated on, you guessed it, Sesame Street. While Elmo and Big Bird are not custodians, this café is set back from the traffic and crowds, tucked away behind some trees and overlooking the Bosphorus Strait it provides welcome relief no matter the time of day. Serving relatively cheap grub all day, with a good selection of beers on tap, this place has a bit of an Antipodean feel about it.

Two continents – As mentioned above, the Asian side is quite different from the European side, and just when you thought you’d seen everything, you can always take a ferry ride to Kadıköy to explore a completely different neighborhood. The Bosphorus Strait that separates the continents is a different color every day, and is a beautiful sight to behold. Ferry rides to the Asian side or a long Bosphorus tour allow visitors to get an eyeful of the huge city from every angle. It’s very easy to move between the two so take any opportunity that you have. 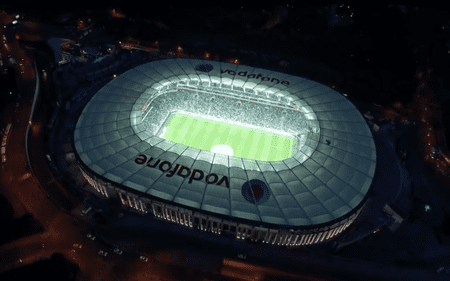 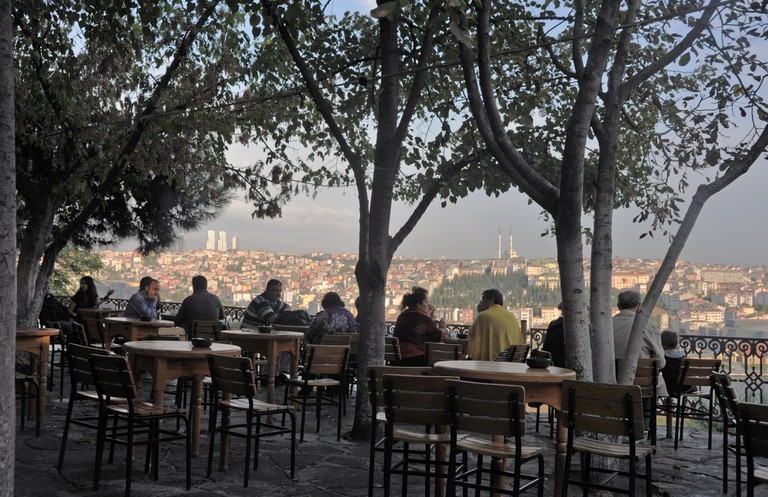 The Pierre Loti Café sits atop Pierre Loti Hill, offering panoramic views | © Dermot Blackburn / Alamy Stock Photo
Visit an authentic tea garden – Located in one of Istanbul’s most historic and culturally charged spots is Pierre Loti, known both as a popular tea garden and as the dwelling place of the French novelist by the same name. At the bottom of the hill lies the Eyüp Sultan Mosque, one of the most important pilgrimage sites in Turkey, where a companion of the Prophet Muhammad is thought to have been buried after the unsuccessful Arab siege of Constantinople in the 7th century. Today, Pierre Loti is in itself a destination, perched atop a hillside graveyard dotted with marble gravestones and swaying cypress trees, with delicious coffee served by waiters in traditional garments of velvet embroidered vests.
Türk Telekom Arena; Stadyumu, İstanbul