Fener and Balat Houses | © Feride Yalav
Formerly Istanbul’s Greek Orthodox and Jewish neighborhoods, today Fener and Balat are known for their dilapidated yet beautiful old houses and hidden churches. In recent years, the area has also become a popular spot for new and younger businesses with new openings popping up at a constant rate. If you want to spend a day wandering up and down Balat and Fener’s picturesque ascending and descending streets, definitely check out our favorite spots beforehand.

Overlooking the entire neighborhood from its elevated position, this beautiful dark red structure is one of the city’s few remaining Greek orthodox schools. Established in 1454, the school educated the children of prominent Greek and Bulgarian families of the Ottoman Empire. Nowadays, the school, by law, applies a full Turkish curriculum, but also continues to teach some Greek subjects. 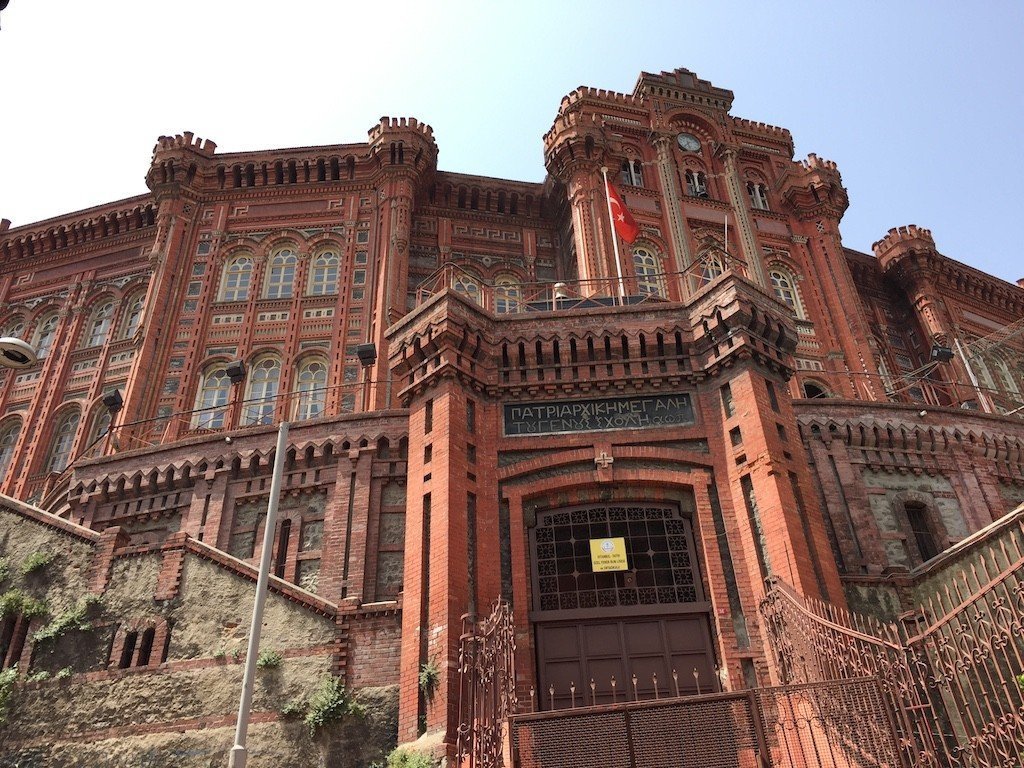 Church
Church of St. George | © Feride Yalav
One of Fener’s most important historical structures, the Church of St. George has been the seat of the Ecumenical Patriarchate of Constantinople — the senior patriarchate of the Greek Orthodox Church, or simply put, the spiritual leader of the world’s Eastern Orthodox Christians — since 1600. The church is a great place to light a candle and make a wish, even if you’re not Greek Orthodox.
More Info
Open In Google Maps
No:44 Doktor Sadık Ahmet Caddesi, İstanbul, 34083, Turkey
+902125319670
View menu
Visit website
Visit Facebook page
Send an Email
Give us feedback

Church
Certainly one of Istanbul’s most beautiful churches, the Bulgarian St. Stephen Church is right by the Golden Horn. Its façade, made of prefabricated cast iron elements, rich ornamentation, and neo-Gothic style, all make it stand out gloriously.
More Info
Open In Google Maps
No:10 Mürselpaşa Caddesi, İstanbul, 34087, Turkey
+902122480921
View menu
Visit website
Visit Facebook page
Send an Email
Give us feedback

The café belonging to the Kinfolk-inspired Cooklife magazine really reflects the magazine’s Scandinavian minimalism-inspired aura. Really a great place to have a coffee and a freshly baked treat, while you leaf through their latest issue or get some work done on your laptop. If you’re there during breakfast or brunch, make sure to try the delicious pancakes.

Restaurant, Turkish, $$$
Forno Balat | © Feride Yalav
With its colorful tiles and big oven, Forno Balat is one of the best places in the neighborhood to get a freshly made and crispy lahmacun. Make sure to add a spritz of lemon, some tomatoes, and parsley to your lahmacun before you roll it up and eat it.
More Info
Open In Google Maps
No:13/A Fener Kireçhane Sokak, İstanbul, 34087, Turkey
+902125212900
View menu
Visit website
Visit Facebook page
Send an Email
Give us feedback

If you’re on the hunt for vintage finds, Rag’n Roll Vintage is a great place to stop by to browse through colorful outfits from the 70s and 80s, as well as accessories such as cool sunglasses, bags, and shoes. You won’t miss this shop because of the pretty bike parked outside. 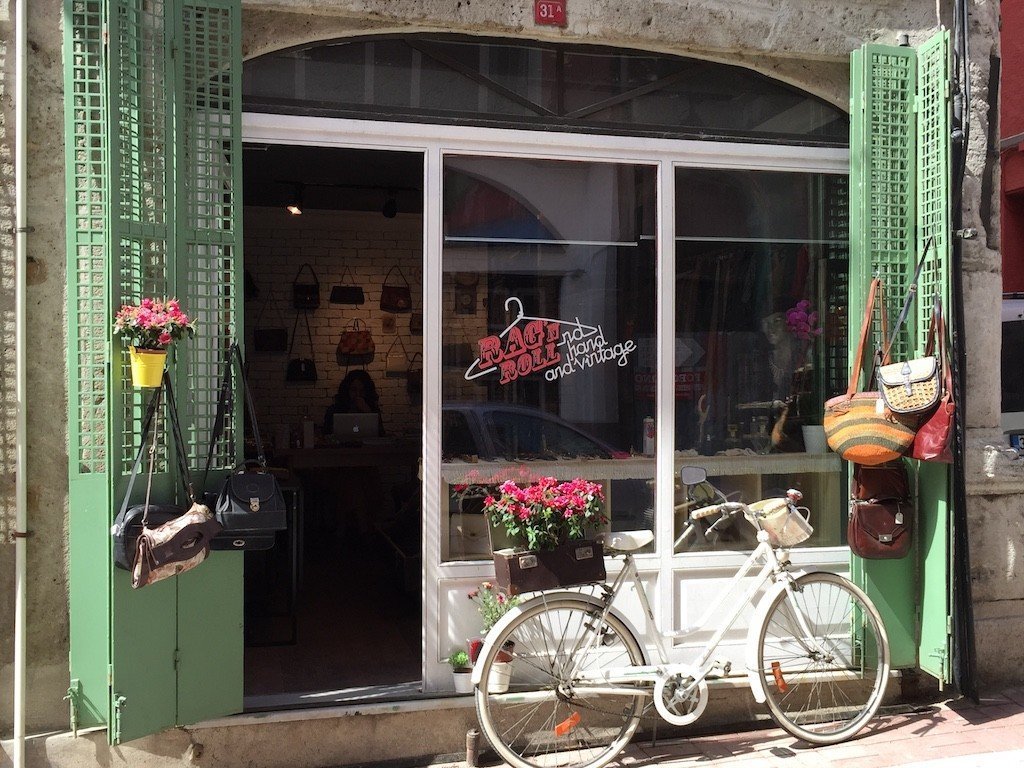 Coffee Shop, Coffee, $$$
The neighborhood’s first micro-roaster, Coffee Department makes its coffees with quality beans from all over the world. You can either take a seat outside with your brew and watch people walk past or buy your own bag of beans to make excellent coffee at home.
Looks like it's closed Hours or services may be impacted due to Covid-19
More Info
Open In Google Maps
No:5 Kürkçü Çeşmesi Sokak, İstanbul, 34087, Turkey
+905324416663
View menu
Visit website
Visit Facebook page
Send an Email
Give us feedback

Open since 1890, Agora Meyhanesi is a real standout among Turkish taverns because of the Armenian, Greek Orthodox, Turkmen, and Zaza chefs in the kitchen. As such, the selection of mezes are always a multi-ethnic culinary journey that is anything but ordinary. 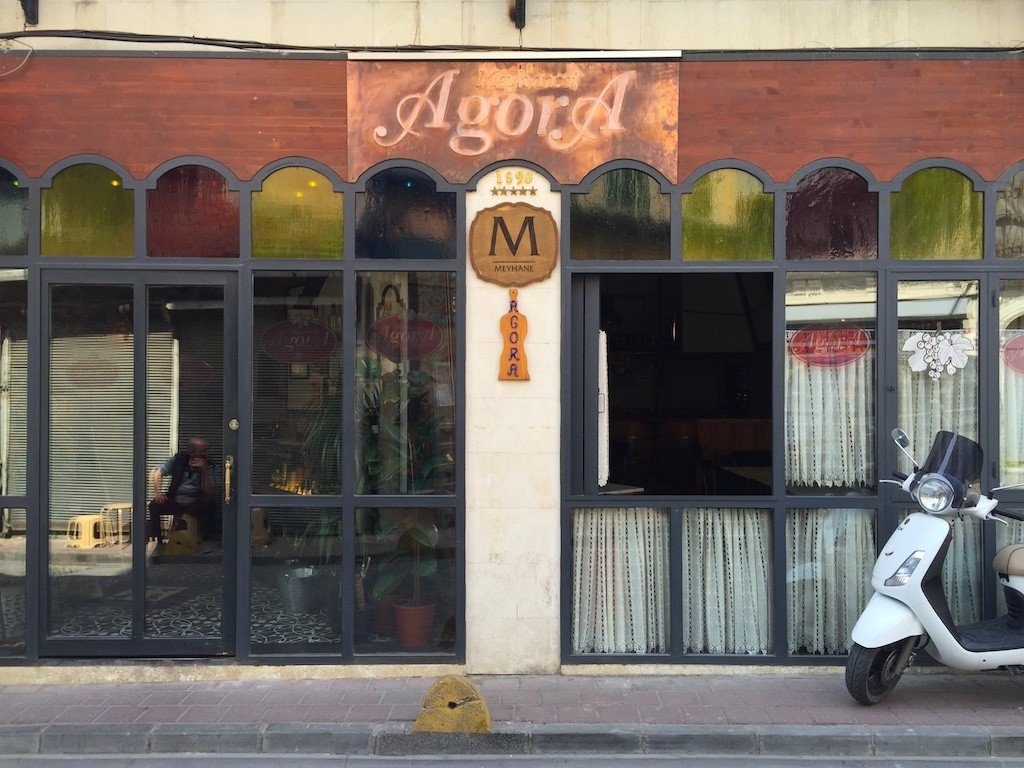 You’ll find some of Istanbul’s best köfte in this very laid back, unassuming restaurant that’s easy for people to just walk past. Another house special at Çanak are the delicious kuru fasülye (baked beans), so it’s recommended to get both dishes, as well as some delicious manda yoğurdu (yogurt made from water and buffalo milk) and pickled vegetables. 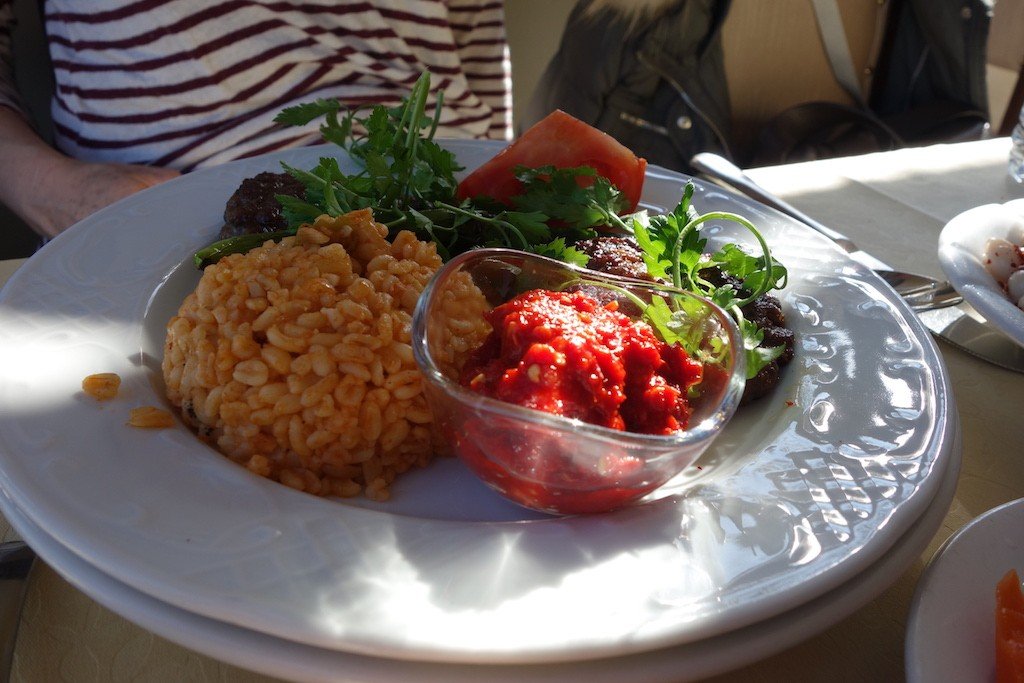