Everything You Need to Know Before Planning a Trip to Cappadocia 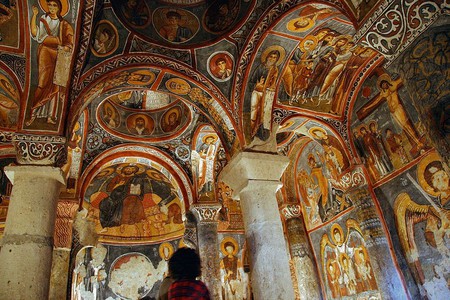 The mystifying landscape of Cappadocia has become very popular in recent years, especially after the annual Cappadox summer music festival. Before you book your trip, make sure to check out our essential tips to make the best of the region.

Cappadocia is most easily accessible by plane and there are two major airports in the vicinity: the Kayseri Erkilet Airport (ASR) in Kayseri (about a one hour drive from the center of Cappadocia) and the Nevşehir Kapadokya Airport (NAV) in Nevşehir in the town of Gülşehir (about a 40-minute drive from Cappadocia’s center). Remember that Cappadocia is a region and not a city, with the main attractions centered mostly in and around Göreme. It’s also a good idea to rent a car from the airport because due to the low population density, Cappadocia’s public transportation options are limited. For a better understanding of the region, check out Mappadocia, a map highlighting the main areas of attraction. 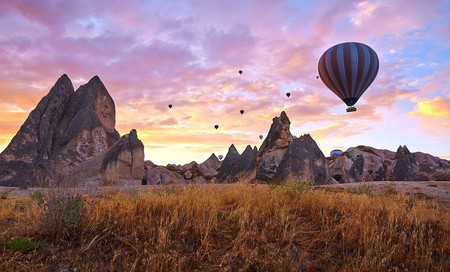 More of a medieval castle than a hotel, the Sacred House Hotel will make you feel like you’ve ended up on the set of Beauty and the Beast, complete with large fireplaces, marble statues, and grand chandeliers. The library also has first editions from philosophers such as Nietzsche, Sartre, and Goethe in case the Inferno (the hotel pool in a cave-like dwelling with ornate marble columns) didn’t suffice in transporting you to a past century.

Known for its terrace that overlooks a stunning view of Cappadocia’s landscape, the Museum Hotel is both a museum and hotel with rooms decorated with historical artifacts from the Ottoman, Seljuk, Roman, and Hittite periods. You’ll be surrounded by history, in every sense of the word, including cave rooms that are thousands of years old. 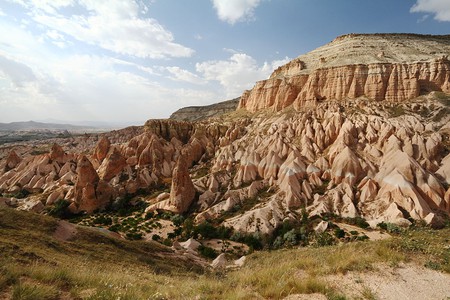 A great option for those on a budget, the Eren Bey Cave Hotel is a family-run establishment with nine individually decorated cave rooms. Located in Göreme, the hotel is close to the town center and offers a complimentary Turkish-style buffet breakfast composed of local ingredients. The hotel owners also run a travel agency, which means guests can also directly book excursions or tours, including the famous hot air balloon ride over Cappadocia.

A UNESCO World Heritage Site, the Göreme National Park has a mystifying landscape, formed entirely through erosion, as well as historic sanctuaries and dwellings carved right into the rock with beautiful examples of Byzantine art. Visitors should also definitely journey into the magnificent underground cities that date back to the fourth century. 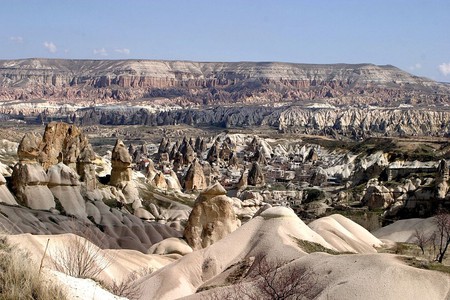 The historic churches of Cappadocia are truly inspiring with well-preserved Byzantine frescoes from the post-iconoclastic period. Make sure to visit the Tokalı Kilise (Church of the Buckle), the largest church in Göreme, with its main nave that features provincial-style frescoes from the ninth century. The Elmalı Kilise (Apple Church) is a smaller cave church but also has beautiful frescoes depicting the scenes of saints, bishops, and martyrs. The Karanlık Kilise (Dark Church) was built in the 11th century and features frescoes depicting scenes from the life of Christ, from the Nativity to crucifixion. 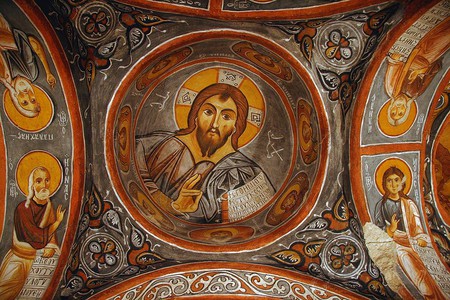 Babayan Evi is a cave hotel in Ürgüp Cappadocia, but whether you decide to stay there or not, you should definitely try their restaurant. Every dish is homemade with ingredients grown locally by the owners, from the butter made from the milk of village cows to the pekmez (grape molasses) made from the grapes harvested in their own vineyard. 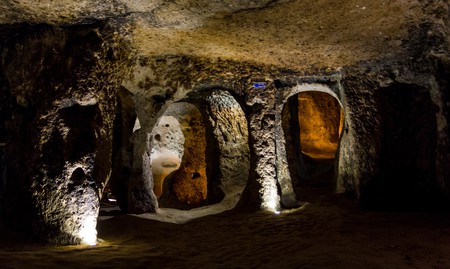 With its proximity to Kayseri, one of Cappadocia’s signature dishes is mantı (tiny meat-filled dumplings which are then boiled and covered in a yogurt and tomato sauce). One of the best places to try this amazing dish is Zeytin Café & Ev Yemekleri, which also serves up traditional Turkish home-cooked dishes.