Everything You Need to Know About Turkey's Cappadox Festival 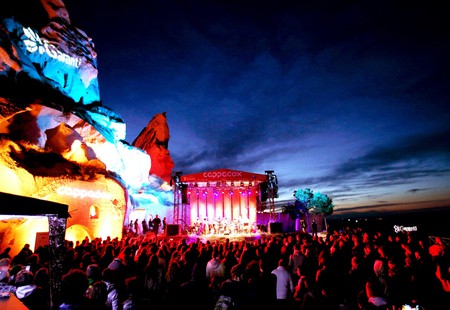 Cappadocia has always been a top attraction for travellers to Turkey with its otherworldly landscape, mysterious aura and unique local culture. Since 2015, it has also been the backdrop of Turkey’s newest, hippest and coolest festival, Cappadox. Thousands of visitors, both from within and outside of Turkey, will once again flock to this magical land in June for a few days of true festival spirit.

History of the festival

A UNESCO World Heritage Site, Cappadocia is one of the most visited destinations in Turkey. For the past three years, its appeal has intensified during Cappadox, which merges the mystical land with experiences to be remembered. Best defined as a festival of freedom, rejuvenation and new experiences, Cappadox made its debut in 2015, created by Pozitif, Turkey’s leading entertainment company. Its eco-friendly nature is clearly reflected in its solar-powered stage while its variety of events and performances is a testament to its interdisciplinary character. In the past three years, the festival has hosted the likes of Dhafer Youssef, Sun Ra Arkestra, Acid Pauli, Mercan Dede, Husnu Senlendirici, Karsu, Mum and Rhye. 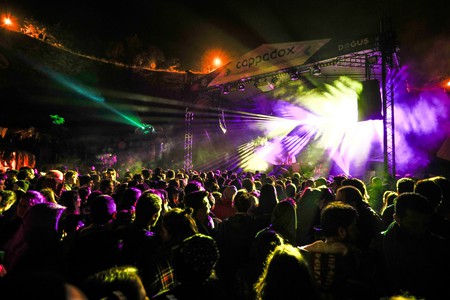 Cappadocia’s valleys, historic venues, farmhouses, cultural centres and mansions will be home to national and international artists, musicians, tastings and outdoorsy events for several days in June, from the 14th to the 19th.

The theme of this year’s festival is Silence, inviting all visitors to leave the voices in their heads and the noises of their cities behind for a few days of peace and quiet.

One of the best features of the festival is its flexibility, which allows visitors to mould it according to their preferences. You don’t have to come for the whole five days or attend each event. Feel free to pick and choose the events that peak your interest and design your own version of Cappadox.

Installations of 14 contemporary artists will be displayed across Balkanderesi Valley. Opt for a guided tour t0 hear about the artists’ inspirations for their works and learn about the area’s history.

Foodies will get to try local grapes paired with cheese from around the country, take part in the open-air traditional barbeque and sample delicious dishes at the daily picnic.

Staying active will be easy with guided walks, runs or cycling tours of the valleys. To learn more about the fairy chimneys, sign up for the guided geological tour of the valleys. 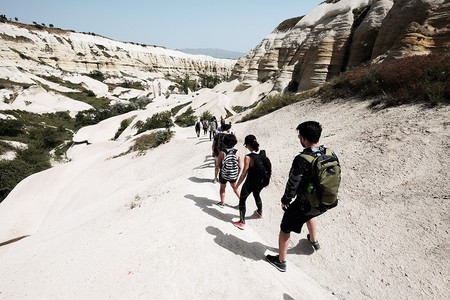 Visitors will also get to nurture their souls and find their stillness through yoga, meditation, pranayama, healing sounds, chantings and other healing and spiritual activities.

Tickets can be purchased here. Scroll down to the very end of the page to see an ‘EN’ sign on the right corner for the English version. There are four different passes available, depending on how much you would like to participate in the festival.

How to get to there

Take a flight from Istanbul to Kayseri or Nevsehir. Nevsehir is a little bit closer but prices for this airport are often slightly higher.

Argos in Cappadocia: An eco-luxury cave hotel with a view of Mount Erciyes and Pigeon Valley.

Museum Hotel: A luxury cave hotel with a view of Pigeon Valley.

Cappadocia Inn: Located in the centre of the Göreme National Park, this mid-range hotel is perfect for those who want to explore the historic and natural beauty of the region.

Traveller’s Cave Hotel: Budget-friendly hotel where rooms have been carved out of volcanic rocks. 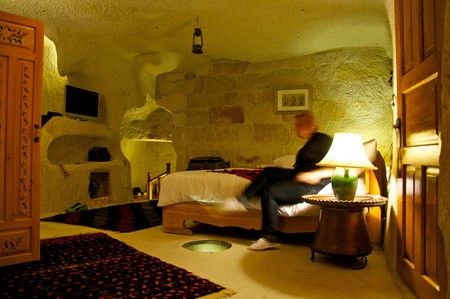 Cappadocia refers to an area that covers the towns of Göreme, Ürgüp, Uçhisar and their surrounding valleys and villages. As long as you stay in one of these towns, you’ll be in close enough proximity to the events.

– There will be free shuttle services for each event departing from the centre of Uçhisar. Make sure to get there 30 minutes in advance to secure a spot on the shuttle.

– Have lunch at Dibek in Göreme. The restaurant is located in a beautifully restored historic home and the food on offer is home cooking at its best.

– Head to Chez Galip in Avanos to buy handmade pottery.

– Even if you don’t set aside a day or two to explore the historic sites, make sure to book a hot air balloon ride to see the magnificence of the landscape.