Edirne's Spectacular Ottoman Mosques Have a Great Story to Tell 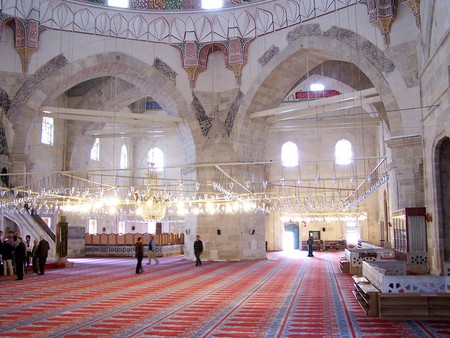 Once the capital of the Ottoman Empire, Edirne is a city known for its striking imperial mosques. Most well known is the Selimiye Mosque, considered to be Mimar Sinan’s greatest work, however a few other examples are also points of great architectural and historical interest.

This Ottoman imperial mosque was commissioned by Sultan Selim II and is the work of the famous Mimar Sinan, who was the chief architect and civil engineer of the period. Responsible for more than 300 constructions, Mimar Sinan’s legacy continued with his apprentices who later designed such important works as the Sultanahmet Mosque in Istanbul and the Taj Mahal in Agra. The Selimiye Mosque was built between 1569 and 1575 and stands out with its design that allows for visitors to see the mihrab (semicircular niche that points the way to Mecca) from anywhere within the mosque. The mosque’s giant dome also has a story to tell, as it survived the Bulgarian siege in 1913 due to its sturdy construction. The minor damage caused by artillery fire was never repaired in order to serve as a warning to future generations. Between 1982 and 1995, the mosque was printed on the back of the 10,000 Turkish Lira bill and in 2001 it became part of UNESCO’s World Heritage List. 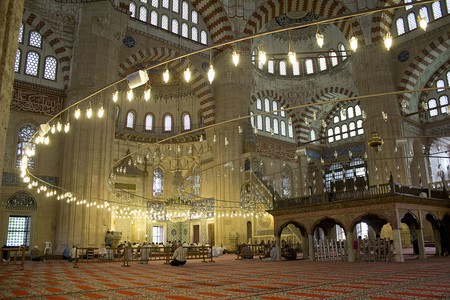 Completed in 1488, the Bayezid II Mosque in Edirne is named after Sultan Bayezid who reigned over the Ottoman Empire between 1481 and 1512. This mosque stands out because of its inclusion of a Dar-al Shifa, or hospital, which was famous for its innovative treatment methods for mental disorders including the use of music, scents, and the sound of water. After it closed following the Russo-Turkish War in 1877, the hospital was not in use until 1993 when it was converted into a museum in conjunction with Trakya University. By 1997, the Health Museum widened its scope to include the history of medicine and medical services in Turkey and especially the Ottoman Empire. The only museum of its kind in the country, it was awarded the European Council Museum Award in 2004. 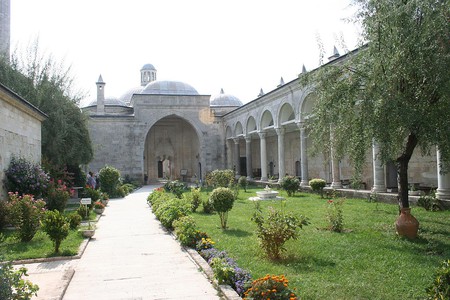 Edirne’s Üç Şerefeli Mosque was also commissioned by Murad II and completed in 1447. Its name (which translates to the Three Minaret Balconies Mosque) is derived from the prominent minaret that indeed has three balconies. When the mosque was first completed its beautiful dome, with a diameter of 24 meters, was the biggest in the empire. One of the most striking features is the exquisite central dome with hand painted traditional motifs with a focus on dark hues of red. The mosque, composed of Burgaz limestone, is also believed to feature the work of the Masters of Tabriz, mainly the blue and turquoise tiles in the decorative wall over the windows. 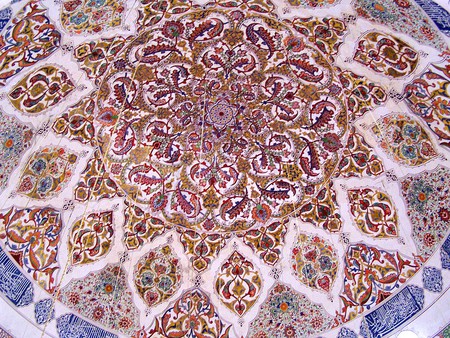 Last but certainly not least, Muradiye Mosque was commissioned by Murad II, completed in 1436, and is most notable for the tiles, which decorate the mihrab as well as the walls belonging to the prayer hall. The frieze within the prayer hall is a beautiful work inspired by the blue and white porcelain that was popular during the Yuang dynasty in the early 14th century. The impressively large mihrab is composed of moulded polychrome tiles with beautiful inscriptions from the Quran as well as dedications to Murad II, who had the structure built. The mihrab tiles are quite similar to those found in the famous Yeşil Mosque of Bursa and are therefore believed to have been produced by the same talented craftsmen, also known as the Master of Tabriz.