Classical Music In Turkey: A Long History And A Promising Future

When visiting Istanbul, it doesn’t seem obvious to search for Western classical music amongst the Byzantine churches, 17th-century mosques, and palaces. In terms of music, tourists get bombarded with Euro-pop or ersatz Turkish folk music. The more enterprising might search for genuine Turkish folk music, but few search for classical music, opera, or ballet. However, these art forms have an interesting history in Turkey, and recent developments have led to Turkish performers finding a place on the international stage, such as the Borusan Istanbul Philharmonic Orchestra at the BBC Proms in 2014. 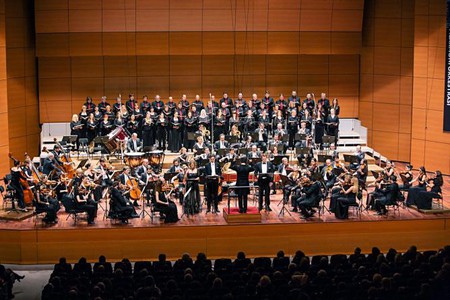 Classical music in Turkey has a history going back to the late 18th century, when it was very much an aristocratic pursuit. The sultans first heard of opera through reports from their ambassadors, but in 1797 opera singers were actually brought to Turkey for performances in the courtyard of Topkapi palace. In 1828 Giuseppe Donizetti (brother of the composer) became Instructor General of the Imperial Ottoman Music at the court of Sultan Mahmud II, where he stayed until his death in 1866. He trained the European-style military bands of Mahmud’s modern army, taught music to the Ottoman royal family and was involved in the annual Italian opera season and court concerts in addition to playing host to a number of eminent virtuosi who visited Istanbul.

In the 19th century, Italian opera companies were brought to Turkey and in 1840 a theatre was built in Istanbul, where performances continued intermittently until 1870. Whilst Sultan Abdulmecid was building the Dolmabahce Palace (which is now a national museum), the Dolmabahce Palace Theatre was built nearby in 1859. After this was destroyed by fire, performances continued in another theatre in the Yildiz Palace until 1908 with Italian performers joined by the tenor Mehmet Zeki, the first Turkish-trained opera singer. During the 20th century, Turkey also saw visiting classical companies from Germany and Austria. 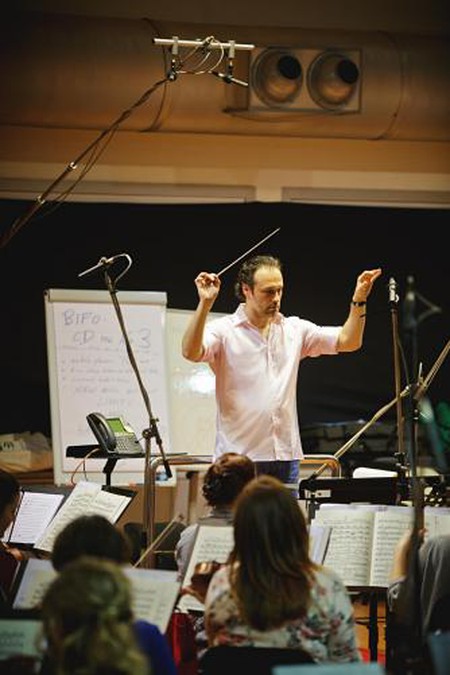 All of this changed with the establishment of the Turkish republic in 1923. Mustafa Kemal Atatürk wanted to introduce more Western-style organisation to classical music and thus students were sent for study in the West, with a conservatory being established in Ankara and in 1936. Atatürk’s reforms introduced Western-style state orchestras in addition to classical music training, and this extended to state opera companies and a ballet company with Dame Ninette de Valois being involved in its creation.

A network of state orchestras and opera companies were expanded in the 1960s and 1970s, and a number are still performing regularly such as the Istanbul State Symphony Orchestra and the Presidential Symphony Orchestra. But Atatürk’s intention was not to create a purely Western style state, and so in parallel with the creation of Western classical entities came an important emphasis on Turkish folk culture and its music. From the 1980s onward, spending on the Western European-style classical arts has been stagnant or reduced, and this has left Turkish institutions somewhat marooned and cut off from many Western performers. Talking to Turkish musicians in Turkey today, it is clear that they feel that without sufficient money it is difficult for organisations to bring in Western performers and raise standards. This often means that talented performers leave the country, and that the native institutions can seem rather provincial. When I asked the orchestral manager of the Borusan Istanbul Philharmonic Orchestra about contemporary classical music, he admitted that whilst their audience was quite conservative, the orchestra did try to program contemporary music but that major Turkish contemporary classical composers lived outside of Turkey.

This is perhaps best identified by the fate of the Ataturk Cultural Centre in Taksim Square in Istanbul. When I visited Istanbul in the 1970s, this extremely modern building was the home to Istanbul State Opera and Ballet as well as other companies. The building has been closed since 2008 and no one seems to know what is happening, and there are rumors of it being demolished although restoration had been promised. Even people from the cultural arts world in Istanbul do not know what is going on, and the building simply does not particularly interest them anymore. This means that the Istanbul State Opera and Ballet performs in the far smaller Süreyya Opera House , which was built in 1927 and seats 570. 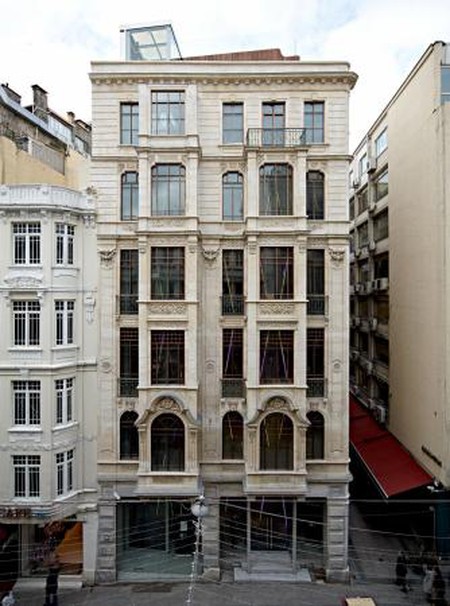 There are still state opera and ballets, as well as symphony orchestras, and by using the internet you can explore these cultural entities via sites including that of the Directorate General of State Opera and Ballet. A look around these various websites can give an indication of the sheer range of talent on offer. For instance, this season’s (2014-15) Istanbul State Opera performs Handel’s Giulio Cesare, Rossini’s La Cenerentola, Bellini’s La Sonnambula, Verdi’s La Traviata, Offenbach’s The Tales of Hoffmann and Donizetti’s L’Elisir d’Amore. The Istanbul State Symphony Orchestra runs a regular Friday concert series in various venues across Istanbul with a fine range of works. Casts and production teams are frequently all Turkish, and so to outsiders the main impression is one of a closed system much like the old Soviet arts system, only the wall this time is economic rather than political. Of course, the Western classical arts have a very difficult role in Turkey at the moment, being largely state-sponsored at a time when the political climate brings into question the balance between the West and East, state and religion and the very role of the arts.

But private sponsorship has shown what can be done, and there are indications of a change in culture and the arts. Borosan Holdings is Turkey’s largest steel conglomerate, which is largely privately owned by a family that greatly supports arts and education. In the late 1990s the family decided to regularize their arts giving, setting up the Borusan Culture and Arts Foundation, which sponsors and supports the Borusan Chamber Orchestra. This developed into a whole cultural enterprise with an historic building in Istanbul where they exhibit their collection of contemporary Turkish art and put on smaller-scale concerts. This orchestra was expanded into the Borusan Istanbul Philharmonic Orchestra in 1999.

This is not the only private orchestra in Turkey, but it is the only one that puts on a regular concert season with monthly concerts at the Istanbul Exhibition and Conference Centre. For the first 10 years of its existence the orchestra was very much behind the Turkish economic cultural curtain since its music director was Turkish born and trained, as were nearly all the musicians. If it toured, the orchestra only went to other parts of Turkey or to neighbouring countries. The only way someone from Western Europe could come across it was to actually visit Istanbul and go looking for it. 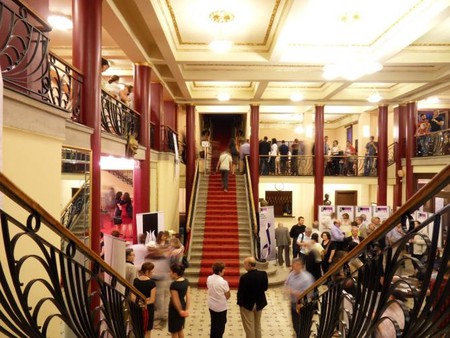 In a rather visionary move, in 2009 the Austrian conductor Sascha Goetzel was appointed as music director. Goetzel made it his mission to raise the orchestra’s game and bring it to an international level without changing the performers’ innate Turkishness. This process has been aided by Goetzel’s father, who was the concert-master of the Vienna Phiharmonic Orchestra. Talking to Goetzel, it is clear that he is a passionate believer in his players and their talents. He is a strong believer in the Turks’ innate musical talents (the orchestra is still nearly all Turkish born and Turkish trained), and talks about their gift for rhythm and vivid orchestral colour. The impact they can have was demonstrated by the orchestra’s performance at the BBC Proms at the Royal Albert Hall last year, a validation if any were needed of Goetzel’s transformation of the ensemble. They are now making recordings, and they put on a concert series in Istanbul with international soloists. I attended their performance of Haydn’s The Seasons with soloists Miah Persson, Ian Bostridge and Duncan Rock and the results were very striking with all the virtues of colour, rhythm and excitement that Goetzel had talked about.

Of course, the orchestra is entirely dependent on private money, but a small tour is planned and it is clear that the use of private funding is a possible way forward. But more than that, the sense that you can bring in foreign performers and raise standards is slowly starting to percolate other orchestras. So if you are travelling to Istanbul, do not neglect the Western classical arts. The season runs from October to May, and you never know what you might come across.