City of Former Empires: How to Spend a Weekend in Mardin, Turkey 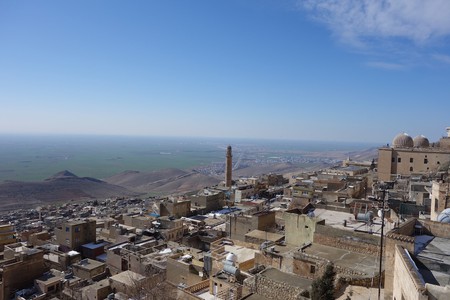 Mardin is a truly spectacular feat of architecture and history that has remained a bit of a secret in terms of tourism. The capital of the Mardin province, Mardin’s old city is on a hill that overlooks the empty green valley and inspires thoroughly with its Artuqid architecture, winding labyrinthine streets, and delicious food. Check out all the essentials before booking your trip.

Known as Izalla during the Late Bronze Age, Mardin was part of Assyria during the Assyrian and Neo-Assyrian Kingdoms from 1365 B.C. onward. During the Medieval period (11th century), the city was taken over by the Seljuk Empire, however, it wasn’t until the Artuqid period that its famous historic buildings were constructed. The Artuqids were a Turkmen dynasty that ruled over areas in Eastern Anatolia, Northern Syria, and Iraq in the 11th and 12th centuries, with Mardin as their capital. By 1517, Mardin became part of the Ottoman Empire and later the Turkish Republic. 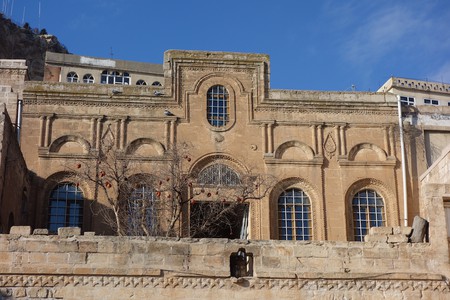 Mardin is most accessible by air, with daily flights from major Turkish cities, its main airport a half hour drive from the old city. Taxis from the airport to the old city cost around $10 (40TL) and within the old city everything can be explored on foot.

Mardin is full of renovated old Artuqid structures that have been converted into beautiful hotels at very affordable prices. For a budget-friendly stay, the Antik Tatlıdede Konağı is a great option, with beautiful historic rooms that open up to a terrace with a spectacular view. For a more luxurious experience, the Mardius Hotel offers beautiful suites with historically appropriate lavish décor and VIP services, like hamam treatments, airport transfers, and gourmet local fare. 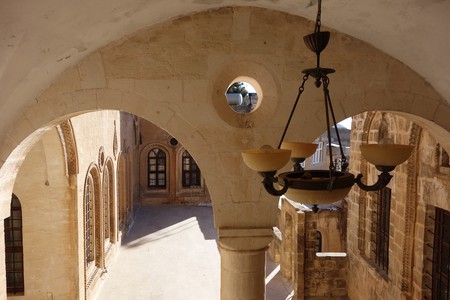 One of the best things to do is to get lost among the winding streets of Mardin that lead you up and down the incline, with beautiful structures all around you. You’ll take a lot of photos of beautiful doorways and the famous hand-carved façade designs that decorate the old Artuqid stone houses. The Ulu Mosque, whose minaret overlooks the entire city, is one of the most important historic sights and dates back to the 12th century. Next to the mosque, you’ll find the city’s lively market, that sells everything from local handmade jewelry to cheese varieties. A bit above the city, the Zinciriye Medresesi (Zinciriye Muslim Theological School) stands out with its two large domes and beautiful arched courtyard. 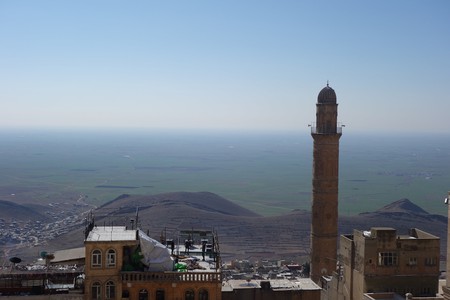 To really get a feel of the city’s multi-ethnic and religious past, visit the Kırklar Kilisesi (Kırklar Church), built by the Syrian Orthodox in 569, and savor the silent serenity in its courtyard before heading into the ornate church interior. Visit the Sakıp Sabancı Kent Müzesi (Sakıp Sabancı City Museum) for a detailed look at Mardin’s history through interactive exhibitions. Accessible by an impressive stairway that leads to an ornate metal gate, the building, belonging to the Olgunlaşma Enstitüsü (Adult Training Institute), is also one of the most well-preserved and stunning examples of Artuqid architecture. 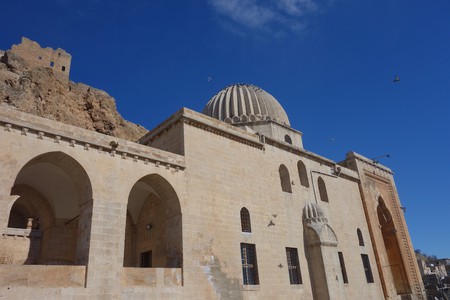 One of the most important sights outside of Mardin, the Mor Gabriel Monastery is the world’s oldest surviving Syriac Orthodox monastery and is a definite must-see while you’re in the region. Dating back to 397, the beautiful stone structure stuns with its handcrafted façade designs and towers. Ask your hotel to organize a tour for you to travel to Mor Gabriel, which is about an hour-and-a-half drive from Mardin.

For a budget-friendly lunch, definitely drop by Kebapçı Rıdo, where there’s only one thing on the menu: absolutely excellent kebap with lavaş bread and fresh onions. For a taste of local cuisine, get a table by the window at Cercis Murat Konağı, where the food is as amazing as the view. Their local house wine is served in traditional silver goblets while Mardin classics like kuzu tandır (slow cooked lamb) or incasiye (pan-fried plumbs with grape molasses) are just some of the standouts. For something a bit fancy, make reservations at Bağdadi, which serves excellent regional cuisine in an upscale atmosphere. 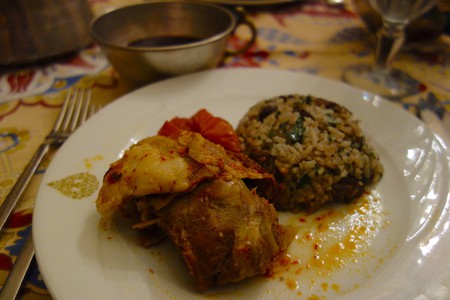