Chasing Fluidity: How To Explore the Waters of Istanbul 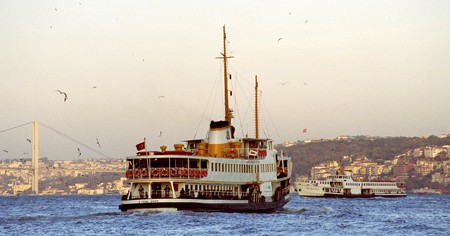 Water moves through Istanbul like blood through a body, dividing the city into separate quarters and splitting it into two continents. Visitors can cruise the Bosphorus, ride up the Golden Horn, explore islands, heat up in steamy hammams or cool down in a cavernous Byzantine cistern. Exploring Istanbul by water offers fresh perspectives and classic sights – not to mention a dash of James Bond and Game of Thrones.

The waters that have made Istanbul a great port and global city are also paradoxically the reason it isn’t Turkey’s capital. Atatürk, the founder of modern Turkey, was fearful of how easily gunboats could attack Istanbul, and instead chose Ankara as the seat of government. Water remains a key part of Istanbul, and the city is defined by three peaceful bodies of water that should be a big part of any visit here. The Golden Horn is an estuary that separates the Old City and the New City, while the Bosphorus is a strait that divides Europe from Asia. The Sea of Marmara is a great place for a cruise and the setting for the Princes’ Islands. 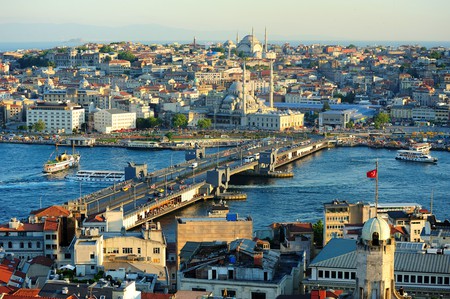 Bustling Sultanahmet in the Old City – home to the Hagia Sophia and the Topkapı Palace – might seem an unlikely place to find a watery wonder. However, if you head beneath its streets, you’ll find the vast Basilica Cistern, an eerily lit space of grand pillars, dripping water and ghostly carp. Commissioned by Emperor Justinian in AD 532 to store water for the Great Palace of Byzantium, the cistern once held over 80,000 cubic metres (2.8 million cubic feet) of water and was part of a massive water network.

Sealed up for centuries, the Basilica Cistern was rediscovered in the 16th century. Today, it’s been mostly drained, and you can wander along the paths between the pools while spotting fish, taking in the 336 columns (two have Medusa heads at their base) and soaking up the atmosphere. Film buffs take note: James Bond rowed through the cistern on his way to spy on the Soviet Embassy in the film From Russia With Love. 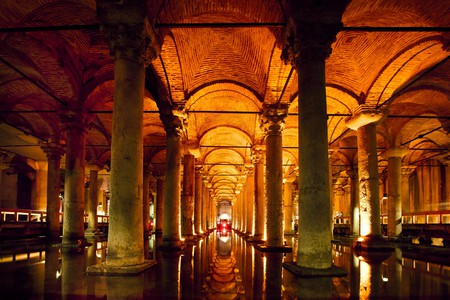 Take in the views in Beyoğlu

Divided from the rest of the city by the Golden Horn on one side and the Bosphorus on the other, the New City is the modern heart of Istanbul. The gentrifying neighbourhood of Beyoğlu stands tall at its southern tip, offering smart restaurants, buzzing bars and some of the best views in the city.

The historical Galata Tower (built when this neighbourhood was a colony of Genoa) has a viewing balcony offering lovely views of the surrounding buildings and water. However, you can also get an exceptional perspective just by walking the streets. The blue of the Bosphorus will move in and out of your eyeline as you wander the neighbourhood’s hills and alleys.

If those hills sound like hard work, the walk across the Galata Bridge is an excellent alternative, mixing serene views, the screech of seagulls and the calls of stallholders. The bridge crosses the Golden Horn, connecting Beyoğlu and the Old City, and is a good spot for a beer, too. A short walk along the shore takes you to the impressive Istanbul Modern, a big-budget modern art gallery. It sits just by the water, and you can watch birds and ferries come and go from its charming café. 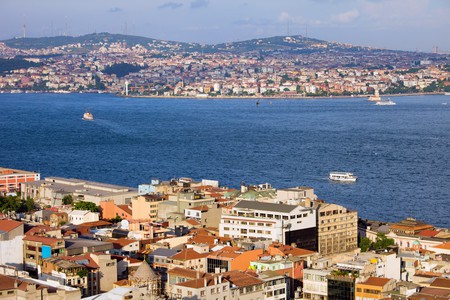 Cross the Bosphorus in a ferry at sunset

Wandering around a city is the best way to get a feel for its energy and identity – and in Istanbul, you can do it by boat. A trip on the Bosphorus is simply breathtaking, especially at sunset. The light slants across a packed cityscape of hills and minarets while the rosy sky and blue water offer a cinematic backdrop as you travel between continents. Ferries run between Eminönü (for the Old City) and Karaköy (in Beyoğlu) on the European side, and Kadıköy and Üsküdar (on the Asian side).

While Kadıköy and Üsküdar have fewer tourist sights than the central districts, a day trip or stopover for lunch here might just be the best part of your holiday thanks to the neighbourhoods’ relaxed atmosphere and great food.

The public ferries are cheap and frequent. The trip to cross over from the European to the Asian side takes between 30 and 60 minutes, and longer voyages are available. 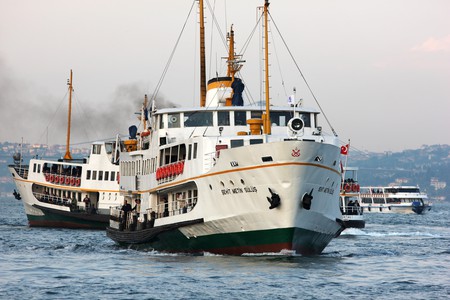 Immerse yourself in the history of the Golden Horn

The Golden Horn stretches north and west past Beyoğlu, and a ferry ride here can be a magical experience. While it was once heavily polluted, the waterway is clean again.

As you drift happily along its length, you can ponder the fact that it was once defended by a great chain. Metal chains have been used throughout history to protect water bodies with access to a nation’s interior. (This chain is even the likely inspiration for the one used to block off the harbour in Game of Thrones’ Battle of the Blackwater.)

The chain across the Golden Horn stopped Mehmet II’s 15th-century armada from sailing up to attack Constantinople from the north. Unfortunately for the Byzantines, the Sultan instead transported his ships overland on rollers, surprising and eventually taking the city, which he renamed Istanbul.

A fine focal point for a trip is the Chora Museum, a mosaic-packed Byzantine church that’s a 20-minute walk from the Ayvansaray ferry stop. Frequent ferries from Üsküdar dock at Karaköy and Eminönü before heading up the Golden Horn, taking between 20 and 45 minutes to reach Ayvansaray. 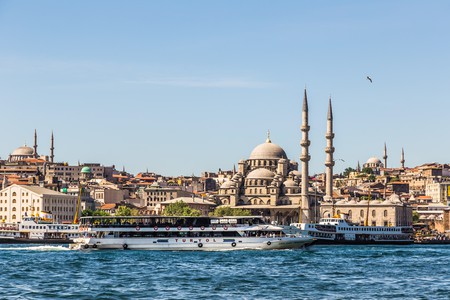 Escape to the Princes’ Islands

After a few long days of navigating Istanbul’s traffic, the nearby Princes’ Islands can offer a tranquil escape. The nine islands sit in the Sea of Marmara, around 20 kilometres (12.4 miles) southeast of the city. You can reach four of them – Kınalıada, Burgazada, Heybeliada and Büyükada – easily from the city centre.

Private vehicles are banned on the islands, which offer pleasant pebbly beaches, hilltop monasteries and some decent bars and restaurants. They get busy on summer weekends, but the rest of the time a trip here is a wonderfully relaxing experience. After a stroll through the hills, take a quick dip in the sea and a ferry ride – complete with hair-ruffling sea breezes and the chance to spot dolphins. You’ll return refreshed and ready for more big-city adventures.

Regular ferries run from Kabataş to Eminönü and Kadıköy, and then on to the islands. Kınalıada (50 minutes from Eminönü) and Burgazada (one hour and five minutes) are small and pleasant. Heybeliada (one hour and 20 minutes) and Büyükada (one hour and 35 minutes) are larger and offer more walking and food options, plus monasteries. You can stay overnight, but accommodations are limited. Therefore, a day trip is probably your best bet. 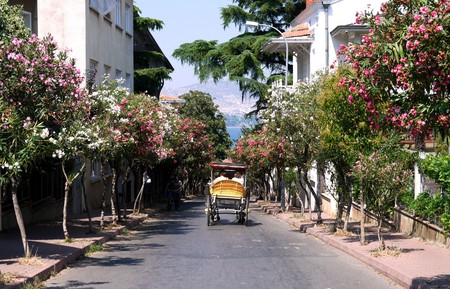 Get steamy at a traditional hammam

Whether you’ve spent a long day exploring or just fancy a bit of pampering, Istanbul’s hammams are another must-visit. There are options across the city, from gorgeous buildings popular with tourists to cheaper local baths. The Cağaloğlu Hamamı dates from 1741 and offers massages under an elegant central dome, while the Ambassador Hotel is a modern alternative with oil massages.

Men and women visit hammams separately, and establishments either have different sections or different visiting times. You’ll receive a wrap to cover yourself, along with soap and a towel. Typically, you’ll sweat it out in a steam room before being soaped, massaged and scrubbed. Afterwards, you’ll take a blissfully cool shower. Go with the flow, and by the end, you’ll feel blessed by Istanbul’s waters. 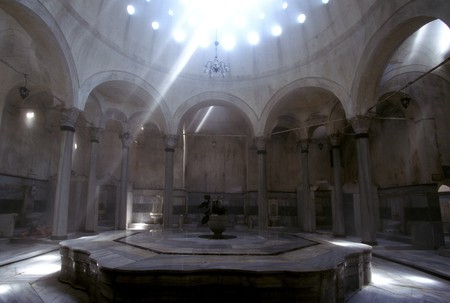 The Cağaloğlu Hamamı has a long history, first opening in 1741 | © Invictus SARL / Alamy Stock Photo
Give us feedback