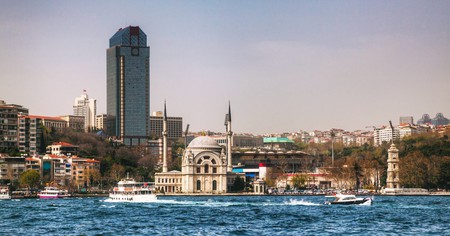 With hostels in the shadow of the Blue Mosque, the Galata Tower and the Topkapı Palace, you don’t need to spend a fortune to stay in the thick of the Istanbul action. Here, Culture Trip rounds up great stays for backpackers in every corner of the city.

Istanbul is a backpacker’s dream. Why? Because so much is dirt cheap. The Blue Mosque and the Grand Bazaar are free. The cost of a Turkish tea puts your usual morning latte to shame. And a ferry ticket between continents is the best-value cruise you’ll ever set foot on. The hostel scene is another huge plus, with budget-friendly accommodation all over the city. These are Culture Trip’s top picks. 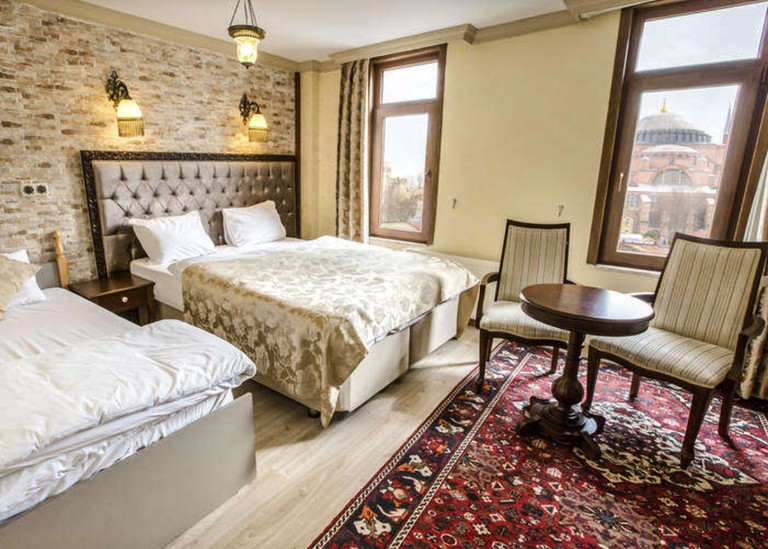 Not even Istanbul’s priciest five-star hotels boast a better location than this budget hostel, only steps from the Hagia Sophia, the Blue Mosque and the Topkapı Palace. Cheers’s comfy lounge area is a perfect place to sip on a fruit tea and play backgammon with new friends, while the Wintergarden Panoramic Terrace Bar enjoys incredible views over Beyoğlu across the water – not a bad spot to tuck into your free Turkish buffet breakfast. The rooms here, which include dorms and privates, are bright and spacious. The original Cheers property offers a range of bright dorms and privates, and this hostel empire has opened other budget-friendly accommodation around Istanbul, including a very bookish boutique hostel. 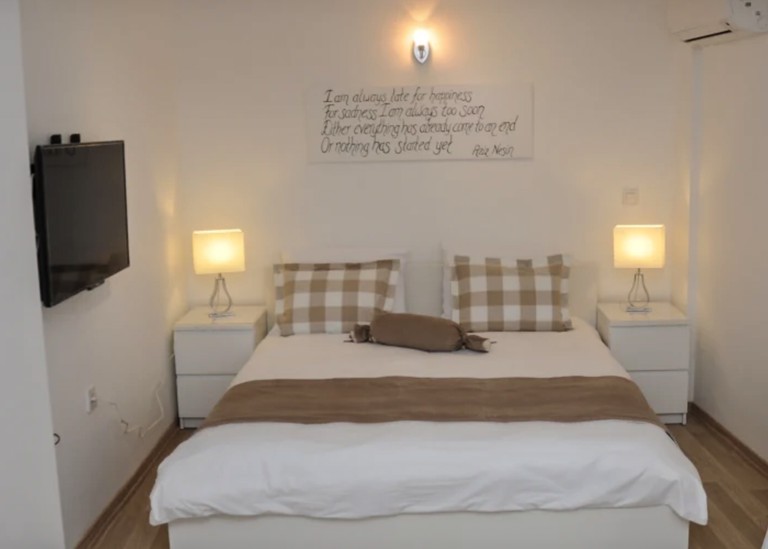 As the newest member of the Cheers stable, Cheers Printhouse is writing another chapter into a famous Sultanahmet literary address. Enver Doyuran founded The Doyuran Printworks in 1974 and spent the next four decades publishing some of Turkey’s most acclaimed literature. After the building was converted into boutique accommodation in 2013, each of the homely rooms was dedicated to a legendary local author, with their quotes scribbled on the wall above your pillow. It’s just a short walk down a scenic old city alleyway from the original Cheers property. 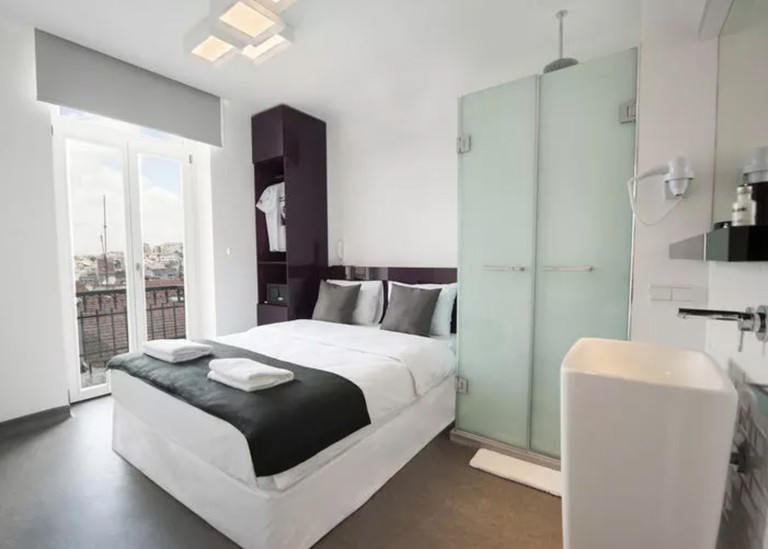 Bunk (or #bunk to give the property its proper Instagram-worthy name) is Istanbul’s most modern hostel in the city’s most modern area. Beyoğlu – the northern half of the European side, across the Golden Horn waterway from Sultanahmet – is a hive of cutting-edge eateries, bars and boutiques, and Bunk is a brilliant base to explore the area. The hostel has 170 beds (22 quad, nine six-bed, six twin and eight double rooms) spread across six floors of the Hungarian-style Saadet Apartment block dating back to the 1920s, which has been hauled into the new millennium by a modern minimalist renovation in 2014. 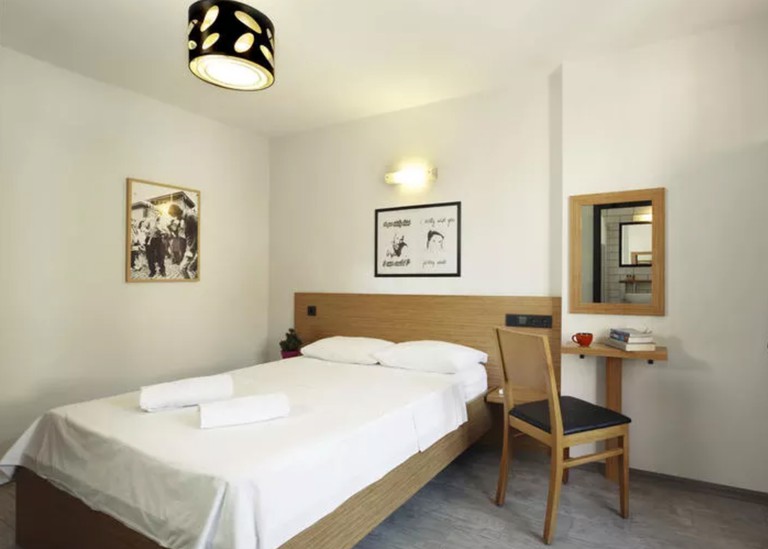 Most backpackers don’t stay on the Asian side of the Bosporus, as most of Istanbul’s big-name attractions, including the Blue Mosque, the Hagia Sophia and the Grand Bazaar, all sit in Europe. However, those who do are rewarded with busy markets, colourful street art and Istanbul’s best coffee (the third-wave kind, not the traditional Turkish stuff), especially when you stay with Hush – an uber-arty pair of properties rated well above nine on Hostelworld. Party animals should opt for Hush Hostel Moda, where the rooftop bar is always pumping high above the Kadıköy streets below, while chilled-out travellers should book Hush Hostel Lounge in hipster heaven Yeldeğirmeni, with its shady garden and al fresco yoga studio. The rooms are bright and cheerful, and the privates at Moda are particularly boutique. 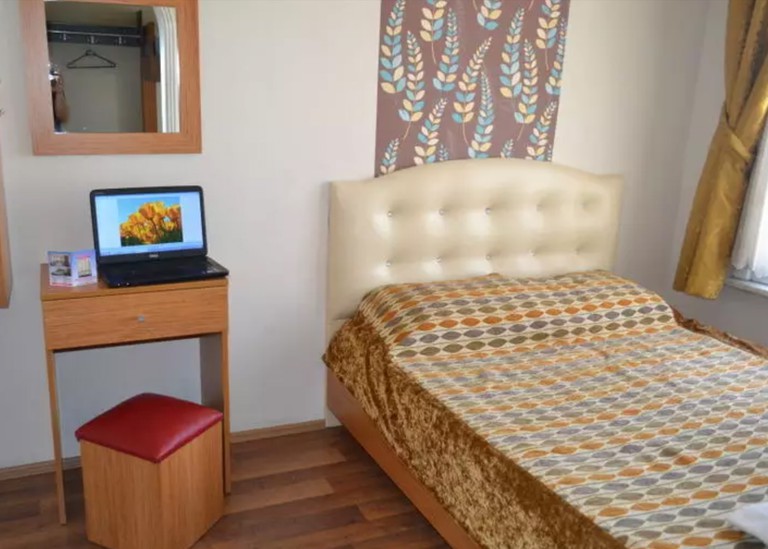 Situated just a couple of blocks from Gülhane Park, which wraps around the walls of the Topkapı Palace, Second Home’s breezy rooftop terrace makes the most of its spectacular Sultanahmet location. Every evening the hostel fires up the nargile – commonly known as a shisha, hookah or Turkish water pipe – on the roof, where you can chill out with a glass of Turkish coffee or fruit tea and a meal grilled on the barbecue while enjoying stunning vistas over the Bosporus. The 40-year-old age limit on the dorms ensures a young party atmosphere, especially during the weekly dinner and pub crawl to the nightlife hub of Taksim. The hostel offers both dorms and privates. 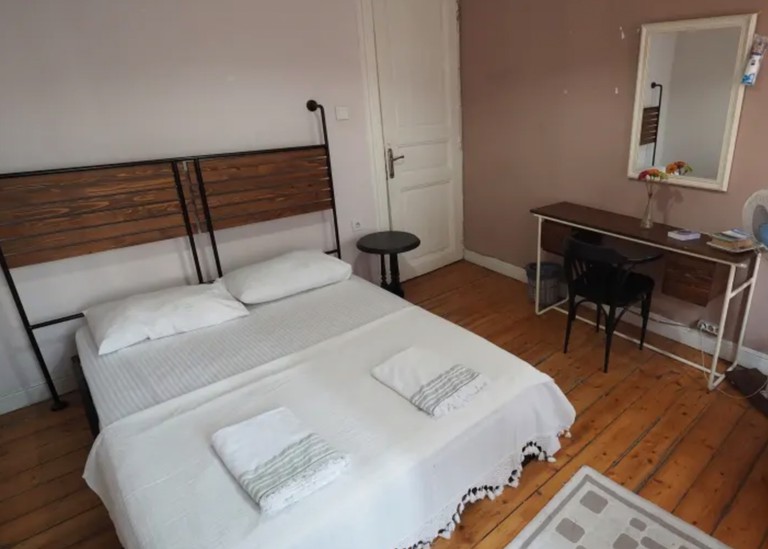 Jumba is owned and run by three sisters who, after years of travelling themselves, decided to introduce visitors to their own city by opening a hostel in the Çukurcuma neighbourhood, famous for its antique shops and laid-back cafés. The name Jumba comes from the Turkish word cumba, which describes the enclosed balconies that Çukurcuma’s large Greek community built into properties like this one. The hostel, which is close to Beyoğlu’s bustling İstiklal Avenue, also features a homely lounge room and a rooftop terrace. 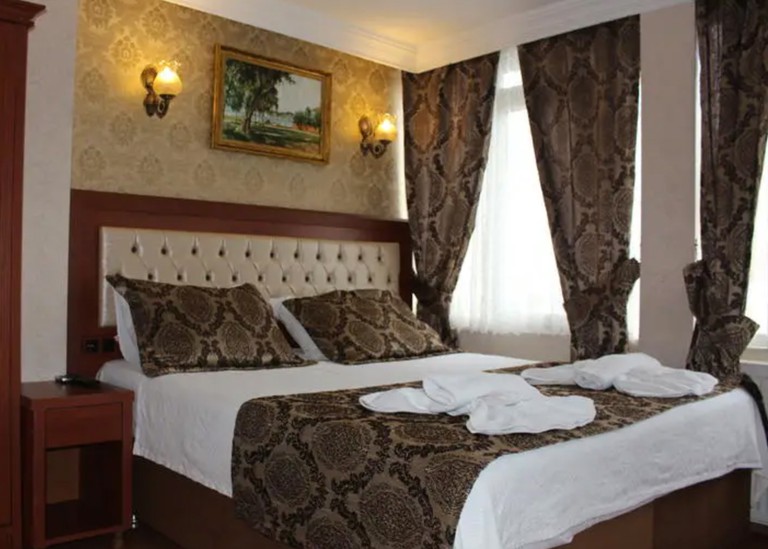 Big Apple is a back-to-back Hoscar award winner, crowned the Best Hostel in Turkey by Hostelworld’s army of backpackers in 2016 and 2017. With an atmospheric location in the winding streets below the Blue Mosque and a rooftop terrace looking out over the Sea of Marmara, Big Apple feels more like a hotel than a hostel. All rooms are air-conditioned (a godsend during Istanbul’s sweltering summer), and the private suites all have a widescreen TV, fridge and spacious en-suite bathroom. In the dorms, a privacy curtain shields each bed. 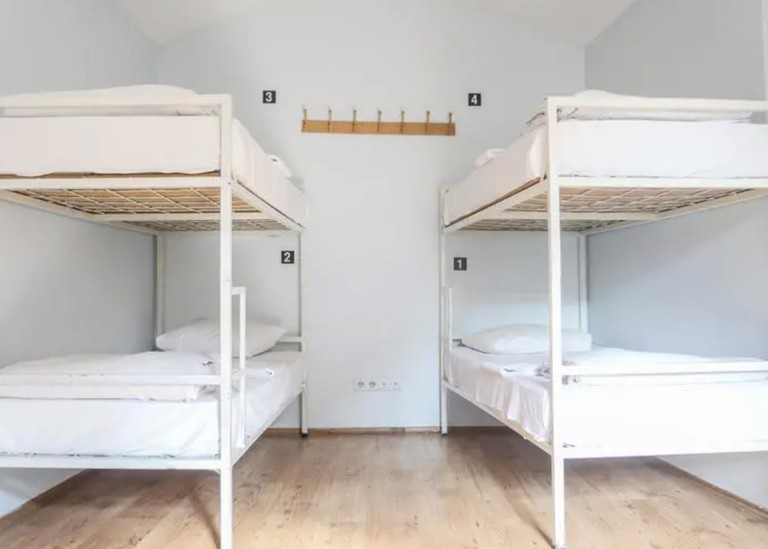 You can see the Galata Tower – the Medieval relic piercing the Karaköy skyline – from most places in Istanbul, but few vantage points are as impressive as this hostel’s balcony, which almost stares nose-to-nose with the lofty observation deck. And like the tower itself, the building that World House occupies was built out of stone in the Genoese style in 1860, a century and a half before close friends Tahir, Baris, Şerif and Emek converted it into a hostel. It was one of the first youth hostels to open in Beyoğlu, and it remains one of the best, thanks to its killer location, in-house café and feel-good atmosphere.

Historic, Design
Give us feedback