A Tour of Mugla's Ancient Landmarks

Marmaris Harbor | © Wikimedia Commons
Once the seat of ancient empires, the Muğla province has many historical remnants that have survived the passage of time and all its debilitating effects. From Bodrum’s famous castle all the way to former thriving ancient cities, take a tour of Muğla’s best historic sites.

Located close to the summer resort town of Kalkan, Tlos is believed to be one of the Lycian Empire’s most important religious sites. Established about 4,000 years ago, the town’s most important feature is the beautiful citadel on the hilltop and structures impressively carved right into the surrounding natural rock. 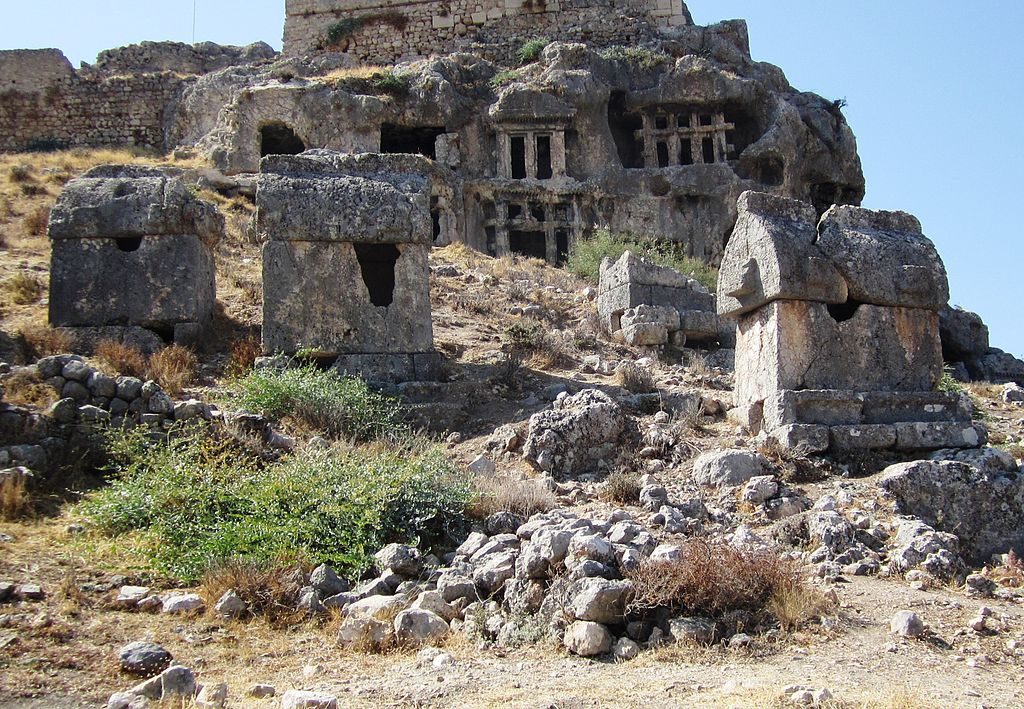 Formerly a very important port city in ancient Caria (a region of western Anatolia inhabited by the ancient Carians), Kaunos is located only a few kilometers west of Dalyan. Established around the 10th century BC, one of Kaunos’ most important sites is the six temples built right into the mountainous terrain. 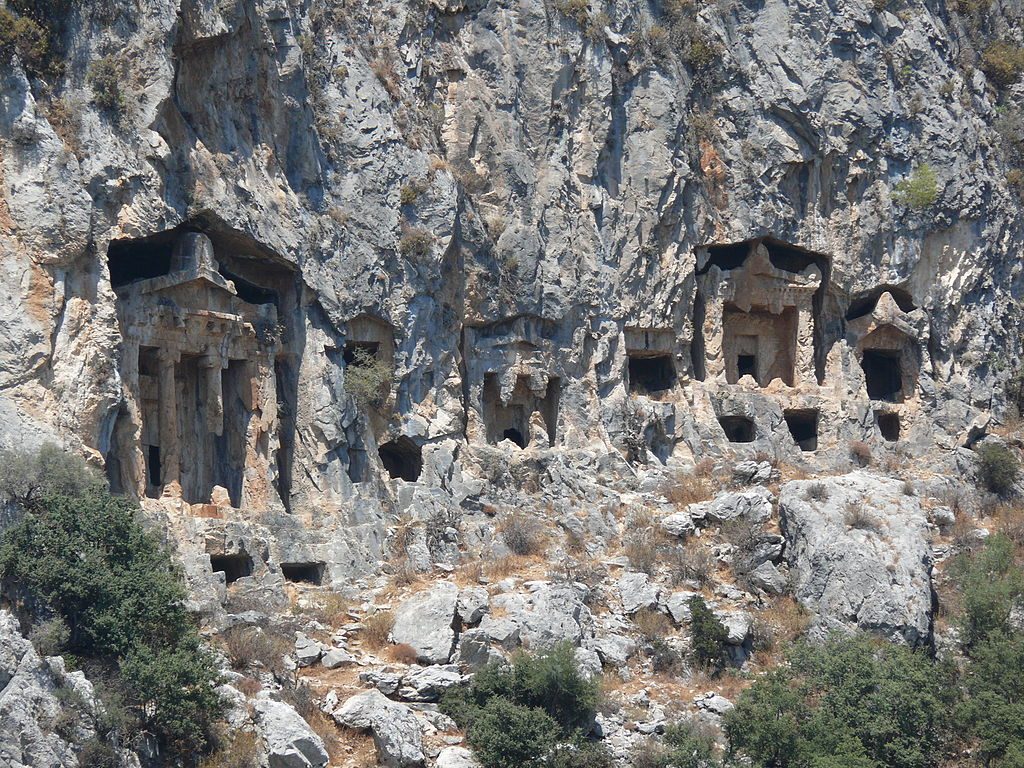 One of the most enjoyable of the historic sites, this gorgeous beach was once believed to host Cleopatra herself, who swam in the turquoise waters with Anthony. Sedir is famous for its sands, composed entirely of organic seashells, which are believed to have been brought in especially from North Africa for Cleopatra’s stay. 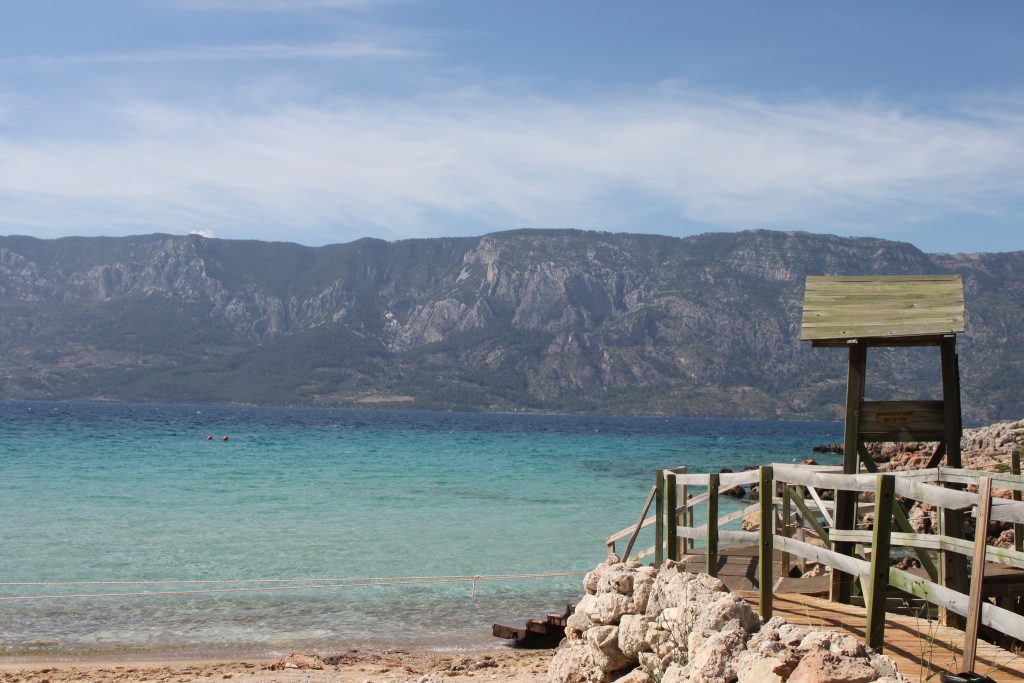 This ancient Greek city was once amongst the wealthiest and greatest before an invasion by the Persians in the 6th century brought its inevitable downfall. It was here that Isidore of Miletus (the architect of the renowned Hagia Sophia) was born, and the famous Market Gate of Miletus (currently on display at the Pergamon Museum, Berlin) was excavated. 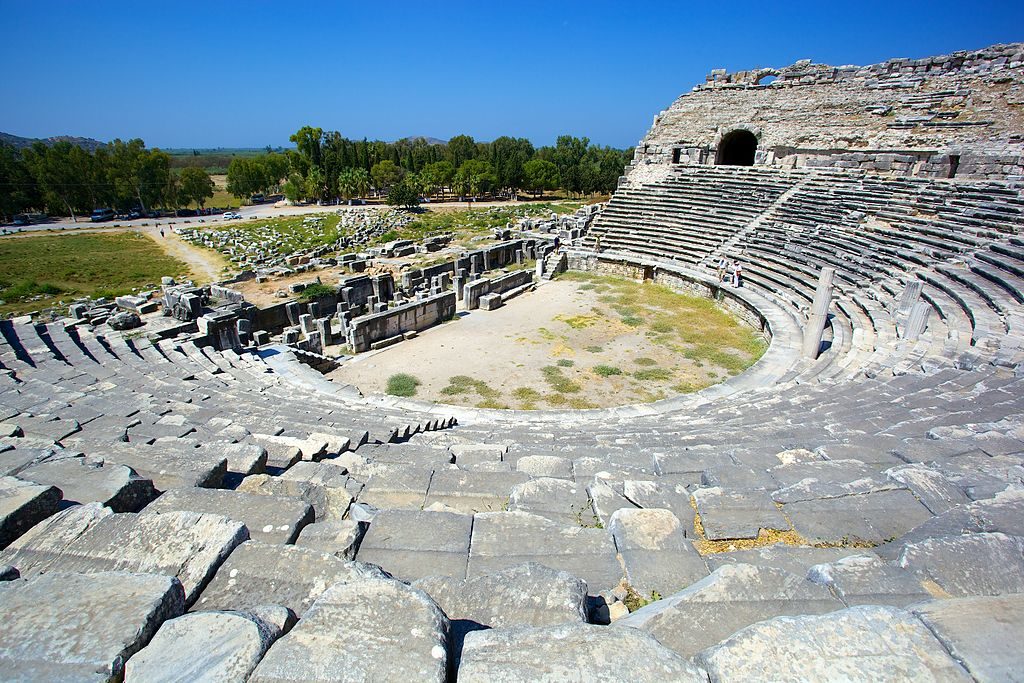 This ancient Greek site was the sanctuary for Leto, the goddess of womanly demure and motherhood. Founded in the late 6th century BCE, Letoon was located near the ancient Lycian city of Xanthos and was considered one of the most important religious sites in the area. 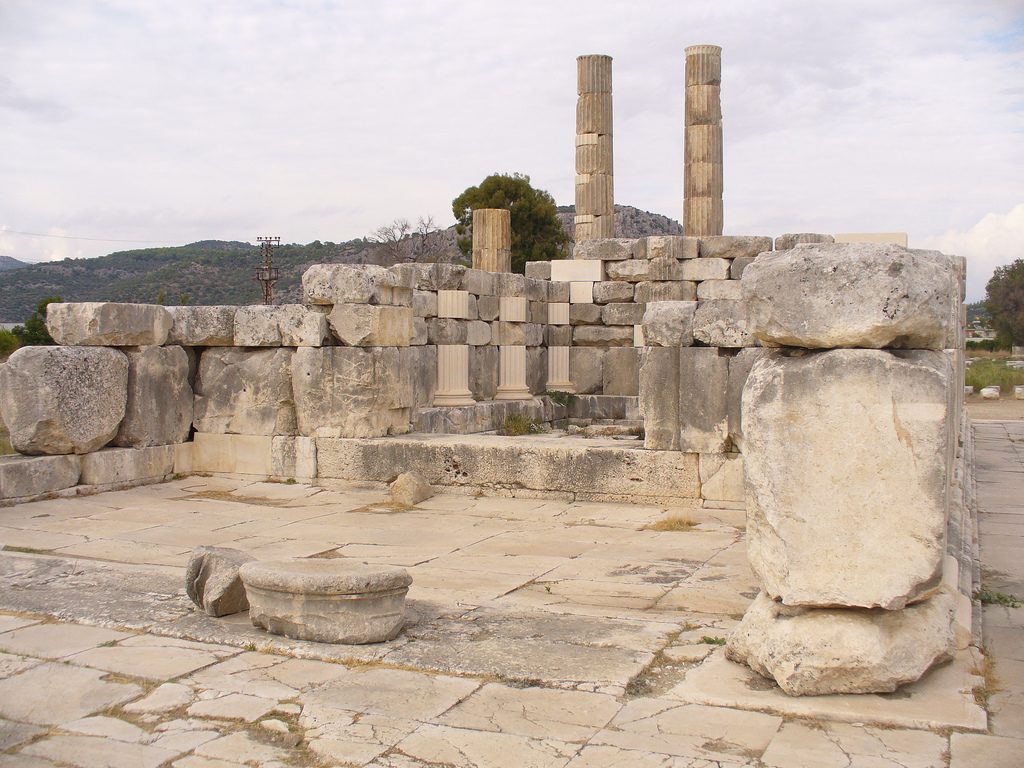 Even though Kayaköy appears to be an ancient site due to its high level of aesthetic dilapidation, it was actually abandoned in 1923 during the population exchange between Greece and Turkey. Truly a marvel that is not often mentioned in guidebooks, the city’s churches, homes, and shops tell a tale of a once flourishing community where Muslims and Christians lived in harmony. 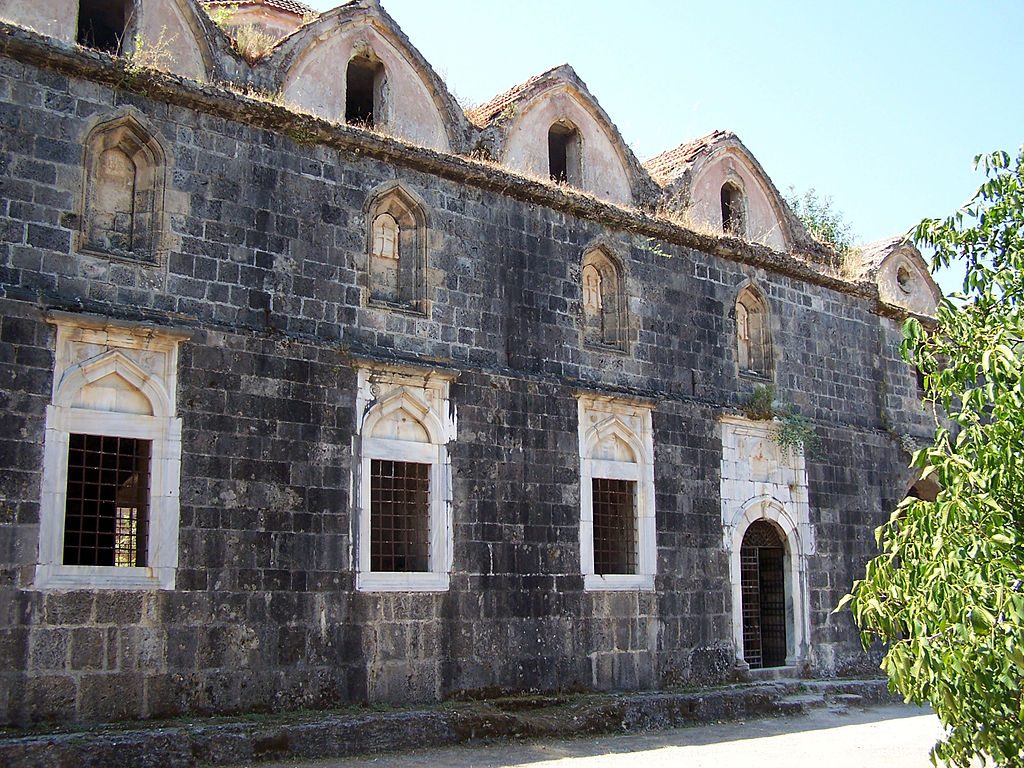 Another ancient Greek city part of Caria, Knidos is known for its architectural remains and almost perfectly intact city walls. The city’s most famous remains, such as a large figure of a lion carved out of Pentelic marble, are currently on display at the British Museum. 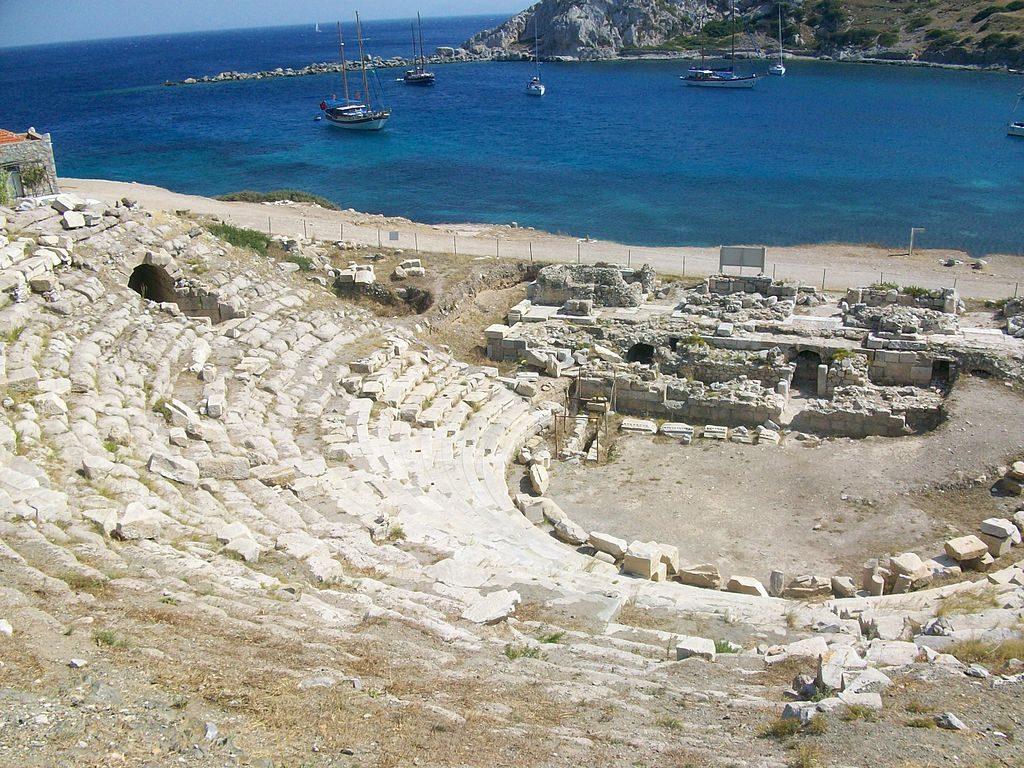 Bodrum’s castle is the city’s most important landmark and towers over the urban landscape and sea in all its medieval splendor. The castle, built in the 1400s, served the medieval Catholic military order of the Knights of St. John and was known as the Castle of St. Peter. Nowadays, it is a museum that houses an impressive collection of ancient shipwrecks discovered in the Aegean. 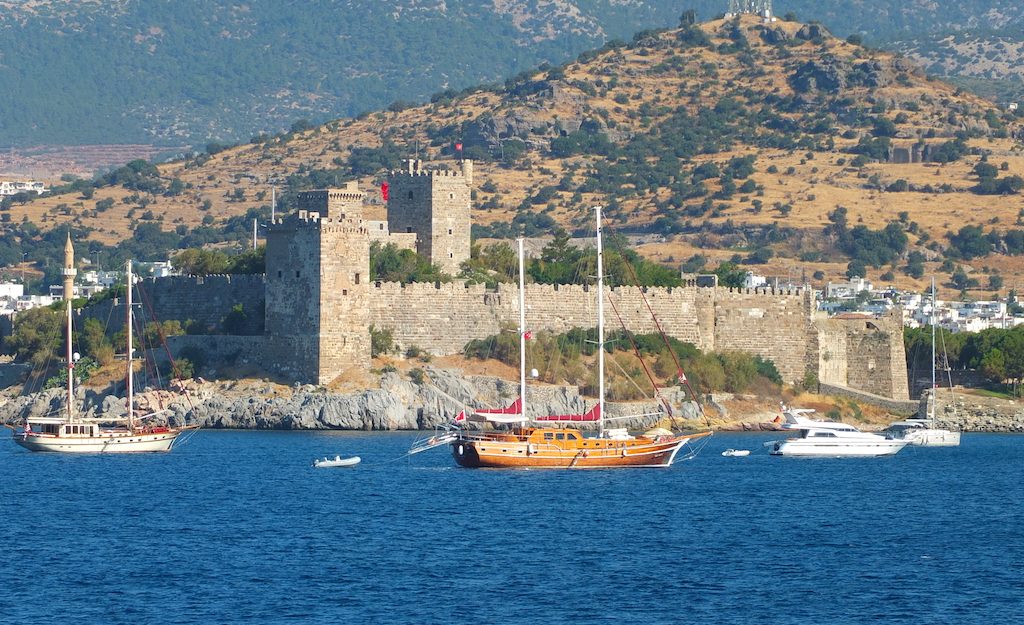