A Look At The Must-Read Books Featuring Istanbul 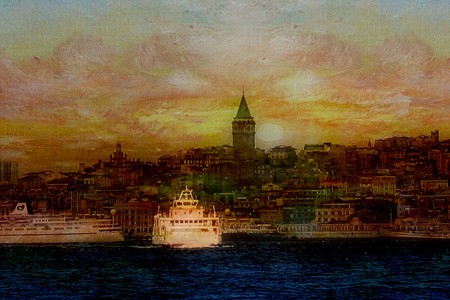 Istanbul is a city of contradictions, not easily defined or understood. It has inspired many stories from the days of the Ottoman Empire to the establishment of the Republic. From love stories to the depths of melancholy, here are the best books that try to understand Istanbul through the lives of its protagonists.

Istanbul: Memories and the City by Orhan Pamuk

One of Turkey’s most important novelists and an Istanbul native, Orhan Pamuk is an essential when it comes to tales of the city. In this autobiographical story, Pamuk explores the Istanbul of his childhood, as well as including descriptions from other writers for a collection that attempts to make sense of the urban chaos. Born in Istanbul and still residing in the apartment where he came to life, Pamuk’s exploration of Istanbul is thus also an exploration of himself: often melancholic, but always graceful.

The Bastard of Istanbul by Elif Shafak

Known for her bold female characters, Elif Shafak’s The Bastard of Istanbul meets expectations with fully realized and vibrant female characters. In this story, two families – one Turkish the other Armenian – explore their connection through the events of the Armenian genocide. The protagonist, Asya Kazancı and her family must face history when a Armanoush – a relative who lives in America – shows up looking for an understanding of the past. Shafak faced charges from the Turkish state upon the publication of this novel, so that should be plenty of incentive to read it through.

Strolling Through Istanbul: The Classic Guide to the City by Hilary Sumner-Boyd and John Freely

Even though it was published more than 40 years ago, this guidebook is still one of the best references regarding Istanbul’s most important and historical features. With itineraries that have of course been updated with the newest openings, The Classic Guide to the City is perfect for architecture enthusiasts, history lovers, and people looking for in-depth information about the city rather than the usual touristic recommendations. If you have an interest in Ottoman history, then John Freely’s Istanbul: The Imperial City is also a great read for an in-depth study of Ottoman life, as well as its monuments and museums that remain today.

Rightfully known as ‘The Eye of Istanbul,’ there is no better way to be acquainted closely with Istanbul’s past lives than through the photography of award winning Turkish-Armenian photojournalist Ara Güler. From the 1940s to the 1980s, the city’s daily routine is frozen in time, black and white, for a beautiful look at a city that no longer exists, or has changed beyond recognition. Accompanied by passages written by Orhan Pamuk, this coffee table book is an essential for all Istanbul lovers.

The Birds Have Also Gone by Yaşar Kemal

Written by one of Turkey’s most important authors, this short yet beautiful novel was translated by Kemal’s wife. Focusing on the idea of gaining grace through kindness, the story revolves around an ancient Turkish tradition that promises a place in paradise for those who set a small bird free. Three boys take on the tradition directly by starting a bird catching business, but soon the people who have paid for a place in heaven become extremely skeptical.

A Mind at Peace by Ahmet Hamdi Tanpınar

One of the greatest novels to have been written about Istanbul by one of the pioneers of literary modernism in Turkey, A Mind at Peace was published in 1949 and continues to be iconic. Set in Istanbul on the eve of WWII, the ‘Westernizing’ cultural revolution harbored by the new Republic of Turkey (founded after the fall of the Ottoman Empire) is perceived through the story of an Istanbulite family. Attempting to distance everything related to the past, the promise of modernization through rapid social change only brings fear as the characters must face increasing fragmentation and destabilization.