A Guide To The Beautiful City Of Amasya In Turkey 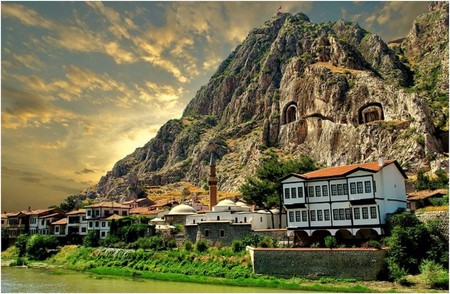 Located in Northern Turkey, Amasya is the capital of the Amasya province in the Black Sea region. Nestled into the mountains overlooking the sea, Amasya is famous for its juicy apples as well as its history that goes back to antiquity. Check out our sightseeing tips before making your way to this very unique Turkish town.

Home of the famous Greek geographer, philosopher, and historian Strabo, as well as renowned Armenian physician and writer Amirdovlat Amasiatsi, Amasya’s history – that goes back around 7,500 years – has left its traces all over this town between the mountains and sea. In antiquity, Amasya was a fortified and wealthy provincial capital that produced many kings and artists, thinkers and sultans throughout the centuries. Today, the Yalıboyu Evleri (Ottoman era houses) remain, as well as the tombs of former Pontus kings that were carved into the cliffs. The birthplace of sultan Murad I and Selim I, Amasya is also very important in terms of Ottoman history, and therefore a very popular tourist destination for history enthusiasts.

Way above the town and carved into the rock of Harşena is the former royal palace and the tombs of the kings of Pontus. Whether during the day or at night when they are illuminated, the manmade rock formations are an impressive sight. The 18 rock tombs, carved into limestone with extended straight walls and stairs, were first written about by Strabo, who stated that they belonged to the Pontus Kings. 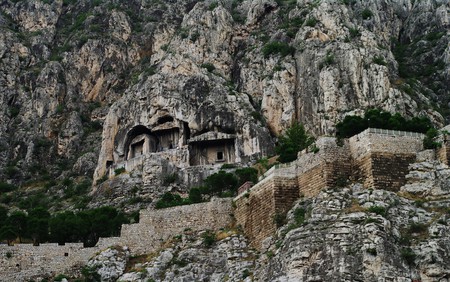 Apart from the Ferhat aqueduct and the 13th century Seljuk Burmali Mosque, Amasya is also home to the Bimarhane, formerly a hospital, from the 14th century. Standing out with its beautiful reliefs around the portal, the structure was constructed between 1308-1309 by Ilkhanate (southwestern section of the Mongol Empire) Sultan Mehmet Olcaytu and his wife Uduz Hatun. 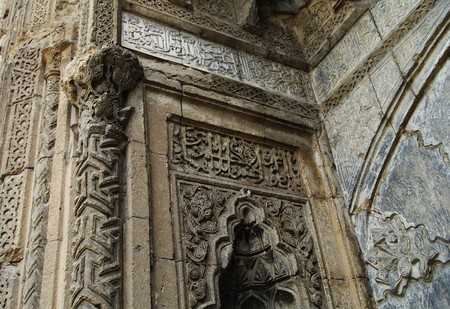 Also known as the Harşena Castle because of its location on the Harşena mountain, overlooking the city, the Amasya Castle has been attacked by the Persian, Roman, Pontus and Byzantine Empires. After every destructive force, the castle was built anew and protected the city until the 18th century when it lost its strategic importance. Visitors can view the cisterns, water depots, and remains of an Ottoman hamam after they make their way up to the top of the mountain. 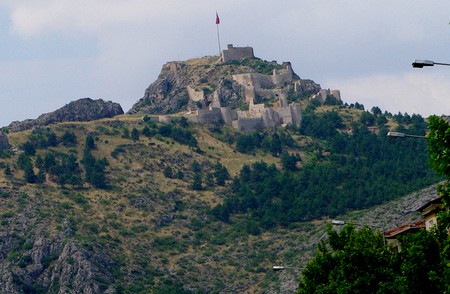 Apart from the very well preserved Ottoman mansions, which represent some of the best examples of Turkish architecture, the 19th century Hazeranlar Konağı is also quite the elegant standout. Built by Defterdarı Hasan Talat Efendi in the name of his sister Hazeran Hanım in 1872, the mansion also has a small art gallery and geographical museum.

Composed of a mosque, theology school, monument, and fountain, this külliye (Islamic-Ottoman social complex) was constructed in the name of Sultan Bayezid II between 1484-1488. With two beautiful minarets that are covered in colorful stones, the complex also has an old plane tree that is believed to be as old as the külliye itself. 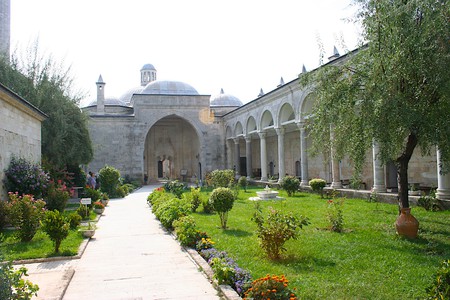