A Guide to Istanbul's Most Mind-Blowing Street Art 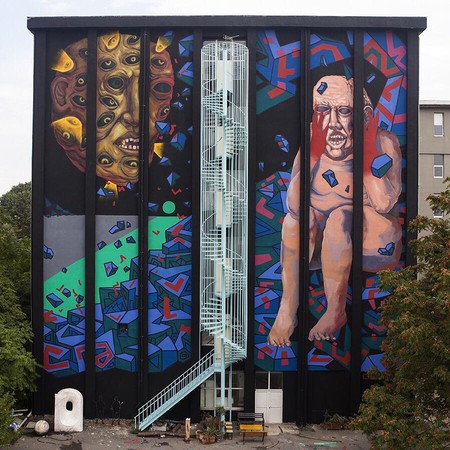 Istanbul’s street art culture has grown considerably in the past few years, especially with the success of the Mural Istanbul festival, which has allowed for local and international artists to apply their work onto the sides of buildings all over Kadıköy. We took a look at some of the best local artists whose work decorates the buildings and walls of Istanbul.

A passionate artist since a young age, the man behind No More Lies had so many drawings lying around at home that he finally decided to let them wander the streets freely. You’ll see NML’s finely drawn and stenciled whimsical animals all over Istanbul, as well as some politically charged images both in Turkey and abroad. 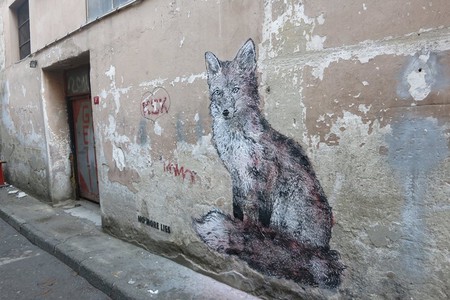 Courtesy of No More Lies

‘Canavar,’ translates to ‘monster,’ and this particular artist’s work definitely has themes that revolve around the most elusive of creatures, somehow expressing their often unspoken but nonetheless present nature. Canavar’s style always stands out like a welcomed nightmare.

One of the few female artists among the streets, Lakormis’ talent is palpable in her bold colors and themes, often focusing on the distorted human figure that seems more beautiful in its abstract state. You’ll recognize a Lakormis piece instantly because of that certain feminine touch, even though her subject matter is anything but flowery. 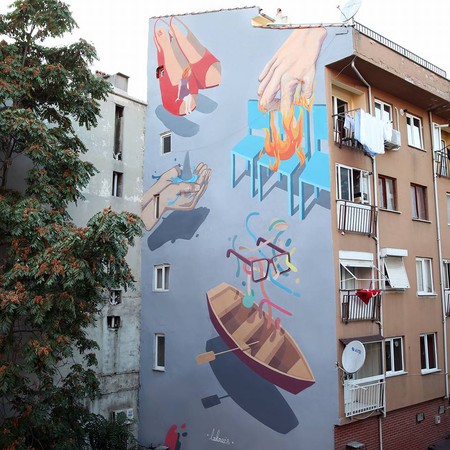 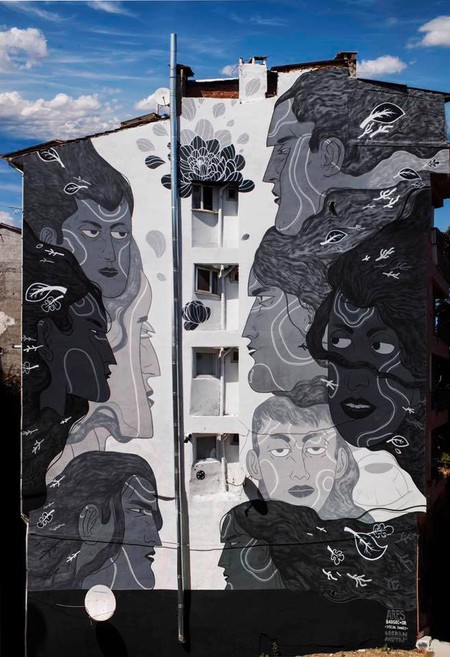 Ares’ work is striking for its meticulous details and the flowing forms of its human subjects, who seemed to look right through you with their drooping eyes. Certainly one of the most talented artists in Istanbul, Ares’ work is brilliant due to its honesty. 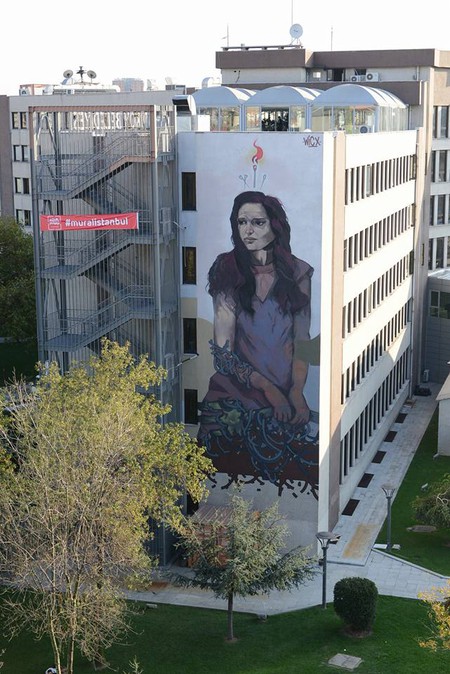 You’ll always know you’ve come upon a piece by Wicx because of his unique style that cannot be mistaken for anyone else’s work. Human faces are either laden with inquisitive thoughts, or disturbed by natural forces that seem to grow into each subject without restraint.

Another artists with an unmistakable style, Esk Reyn’s morphing mechanical structures seem geometrical abstractions at first, but then seem to take an animated form through their planned structure. You’ll definitely know you’re looking at an Esk Reyn piece because of its almost futuristic approach. 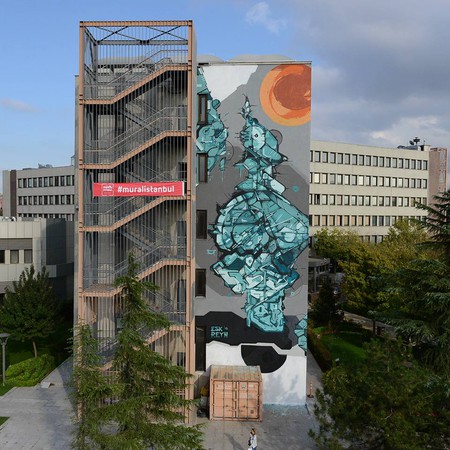 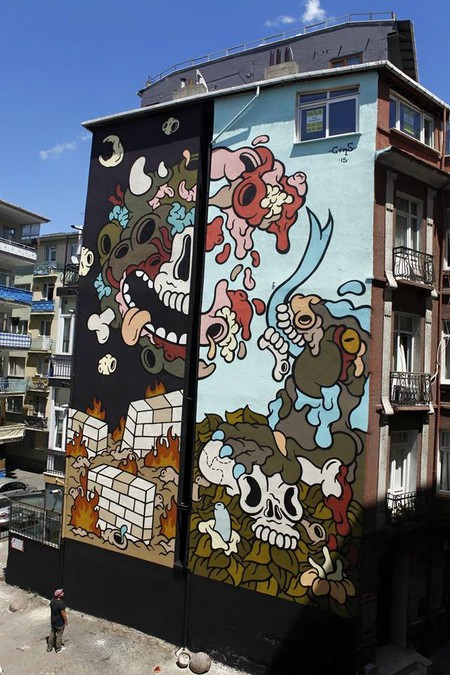 One of Kadıköy’s most well-known street artists, you’ll see Cins’ signature swirl of colorful innards all over the city. Horns and tongues and skeletal matter all seem to melt and intertwine in his piece,s where every possible bit of matter dances around the other to an invisible song.

It’s difficult to pinpoint the particular style of Nuka, because it always seems to play with different aesthetics. Sometimes a deer will stare at you from a thick pink cloud of flowers, while at other times the wide grin of an almost caricature-inspired subject will make you stop to stare back. Either way, there’s no doubt that Nuka is thoroughly talented. 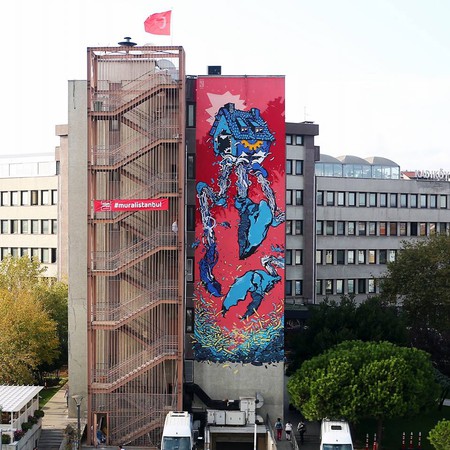 Courtesy of Mural Istanbul
Give us feedback