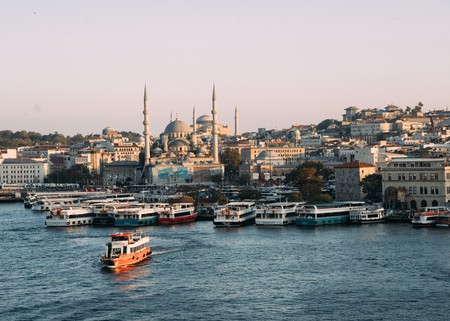 Chef Midyeci ‘Lord of the Mussels’ Ahmet, restaurateur and mastermind behind Istanbul’s tastiest late-night seafood snack, shares his favourite spots across the Turkish city to eat, drink and explore.

Before opening his much-loved Beşiktaş restaurant, Midyeci Ahmet, Ahmet spent most of his life making and selling his signature stuffed mussels as a street vendor. Despite Istanbulites’ fondness for the dish known in Turkish as midye dolma, it was an unusual move to open a restaurant off the back of what is essentially a popular post-drinking snack, but one that paid off. The restaurant sells up to 80,000 mussels a day, has more than half a million followers on Instagram and, understandably, attracts long queues out front. 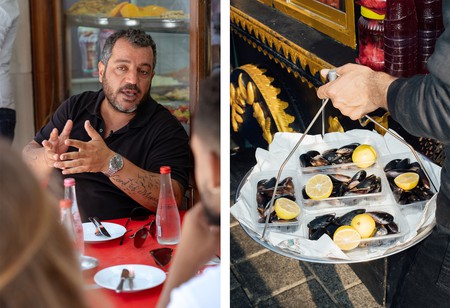 Though Istanbul is home to plenty of first-class restaurants, the city’s street food scene still merits attention. Ahmet retains a close affinity with it despite his success as a restaurateur. For him, as for many others, the best of Istanbul’s delicacies are to be found on its streets, in its storefront windows and in its many bazaars.

“I don’t like to go to fancy restaurants,” he says, listing instead his favourite street food vendors. He speaks of one vendor called Çaycı Mete, who makes tea. “I call him Çaycı Baba – meaning tea father. He used to be in prison, and apparently he was the tea maker there, too. That’s why he’s a professional. His tea is very tasty, and it’s always a pleasure to have a chat with him.” 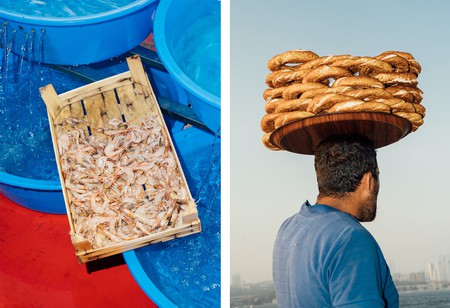 Left: Fresh shrimp do their best to attract the attention of passers-by Right: A street food vendor hawks simit to sunset viewers on the water’s edge | © Marco Arguello / Culture Trip

It seems as though almost all of Istanbul’s vendors are friends of Ahmet, each with stories as rich as his own. For first-time visitors, he suggests a whistle-stop tour of the city’s best street food districts: start at Kadınlar Pazarı, a bazaar in Istanbul’s Fatih district, for mumbar dolması (stuffed intestines) and büryan (lamb meat), then head to the waterfront neighbourhood of Eminönü for balık ekmek (a sandwich of fresh fish, onions and salad on white bread) and finally cross the Golden Horn to Dolapdere for haşlanmış kuzu kelle (boiled lamb head).

Many of Ahmet’s recommendations for brick-and-mortar venues also stem from his personal relationships with chefs and restaurateurs across the city. For breakfast, he recommends Peri Cafe, a family-run joint on Çirağan Caddesi that does “very delicious omelettes and börekler (baked filled pastries) with fresh orange juice”. His favourite restaurant for dinner is Güneydoğu Sofrası in the Fatih district. “That place makes me really happy. With my wife, we like to go there from time to time and eat büryan and mumbar dolması.” 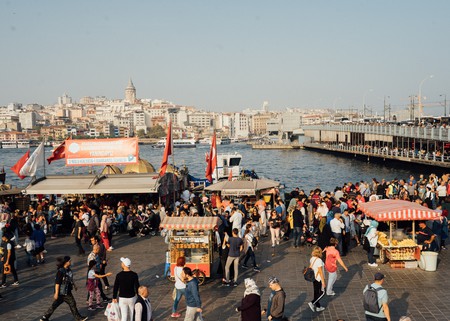 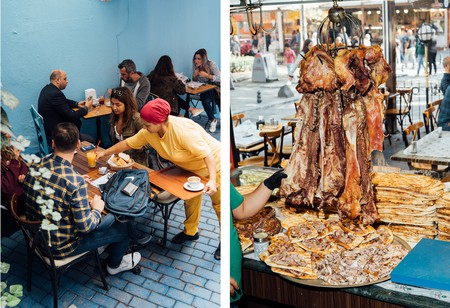 Kebab shops are a dime a dozen in Istanbul, but, according to Ahmet, the best kebab in town can be found at Hamdi Restaurant. Kuru fasulye, a dish of stewed beans and tomato sauce, reaches its zenith in the Süleymaniye district. For a hit of strong Turkish coffee, Ahmet swears by Mandabatmaz, a small café in Beyoğlu opposite St Antoine Church. Finally, those with a sweet tooth should head straight to legendary baklava shop Karaköy Güllüoğlu and order one of the flaky, syrupy pastries with a dollop of kaymak (clotted cream).

When not dishing up his signature stuffed mussels, the chef likes to spend an early evening in Eminönü, home of the multi-domed New Mosque and the best fish sandwiches in town. “People think the best thing to see in Istanbul is the Bosporus Bridge, but I think the place where you feel the real Istanbul is Eminönü,” he says. For those visiting or staying in the neighbourhood, he recommends taking a break from the city in the sprawling Gulhane Park, as well as visiting the tulip garden near Süleymaniye Mosque. 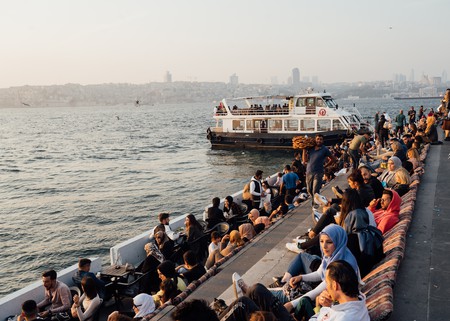 Locals catch the last of the sun’s rays in Uskudar, on the Asian side of Istanbul | © Marco Arguello / Culture Trip 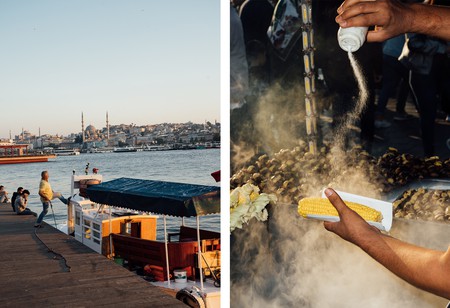 Left: A local skipper launches his boat off the pier and on to the Bosphorus river Right: A street food vendor sells steamy corn on the cob and roasted chestnuts | © Marco Arguello / Culture Trip

Once you’re done exploring Eminönü, Ahmet suggests enjoying the views of the Bosporus from the charming waterfront neighbourhoods of Ortaköy and Bebek in the Beşiktaş district. Other must-dos include climbing up the Galata Tower, visiting Beyazıt Square and the fashionable Nişantaşı district, crossing to Üsküdar on the Asian side of the city for views of the Maiden’s Tower and, of course, tasting the stuffed mussels at Midyeci Ahmet.

“Istanbul has an unspoiled beauty and is not suffocating like other metropolises,” Ahmet says. “It has the tremendous strait sea of the Bosporus. It has a refreshing breeze. It is somewhere one can see all kinds of colours, tastes and people. I think Istanbul is one of the most beautiful cities in the world.” 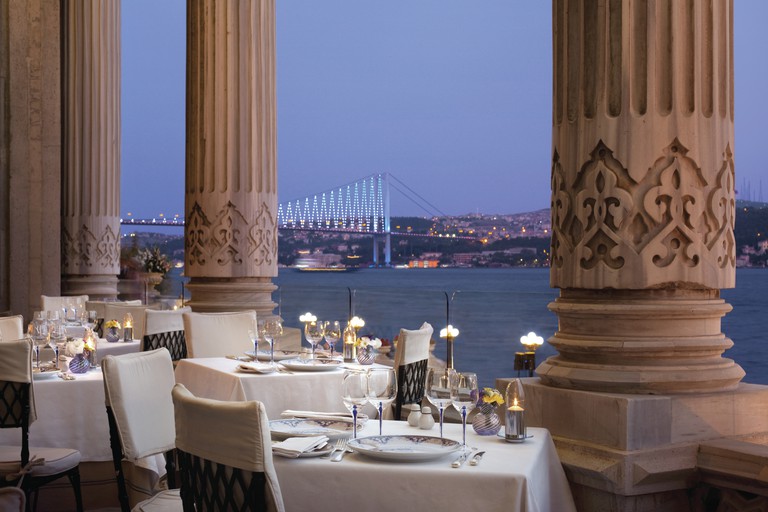 Stay minutes from Ahmet’s midye dolma at Çırağan Palace Kempinski. A 19th-century relic from the Ottoman Empire, this hotel was built as a palace for Sultan Abdülaziz. It’s grand and glamorous, and the perfect place to people-watch Istanbul’s well-heeled crowd, who flock here for afternoon teas with Bosporus views and extravagant weddings. 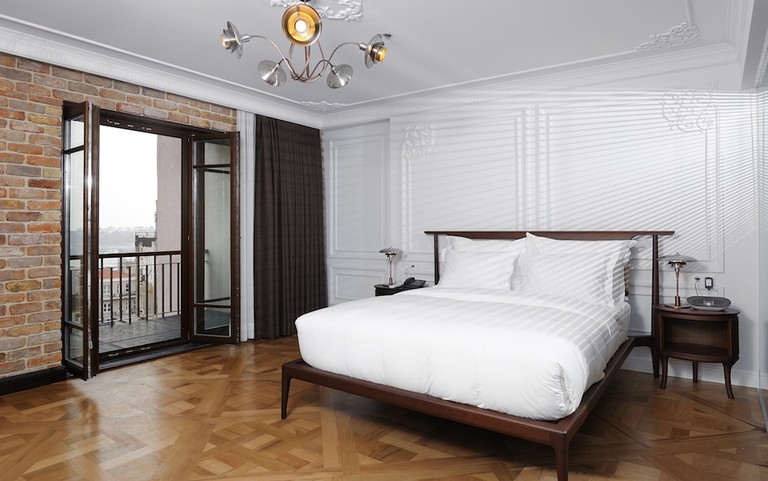 This smart boutique hotel is in the heart of Beyoğlu, an area that’s brimming with budget food spots, modish bistros and everything in between. The rooms come with sleek en suites and balconies, but the real reason to stay here is for the Turkish breakfast. Tuck into your food either in your room or up on the roof terrace, where you can sip a thick, fragrant coffee while watching boats drift by on the Bosporus. 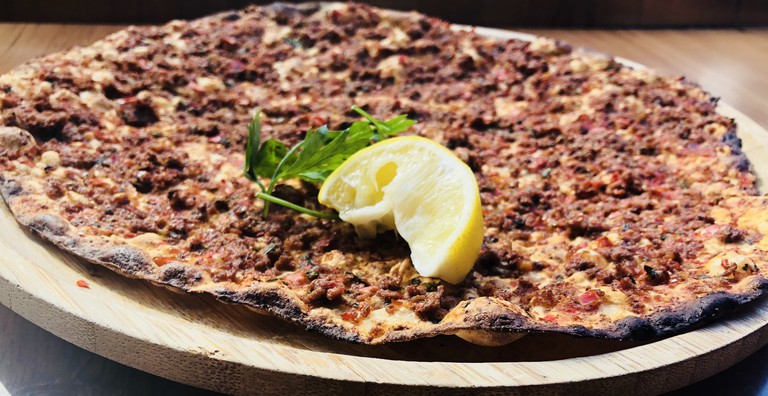 With a food scene as diverse as its roots, Istanbul is a treasure trove of fresh meze, aromatic meats, indulgently cheesy pide (a type of pitta) and sweet desserts. After feasting on Ahmet’s mussels, head on a Secret Food Tour to sample signature Turkish plates, try locally sourced produce and drink rich coffee. You’ll get to drink wine in a historic setting and wander through Istanbul’s neighbourhoods while listening to insider tips from your guide. 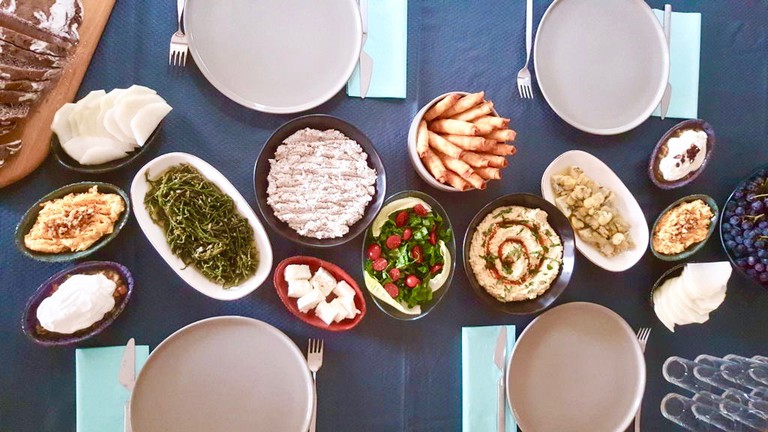 Swap street stalls and seafood restaurants for a traditional Turkish dining room and join an Istanbul couple for home-made meze. You’ll get to meet new people and discover what it’s like to live in this fascinating city.