A Brief History of the Hagia Sophia Tombs 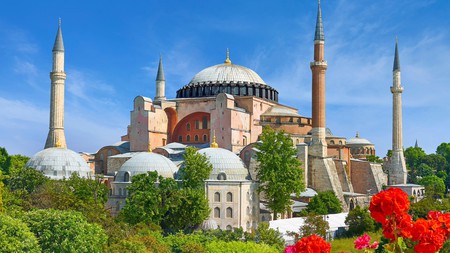 Everyone is familiar with the stunning Hagia Sophia Museum in Istanbul, Turkey. The Sultan Tombs, which are part of the Hagia Sophia complex, are not as well known, yet they are home to some of the best Ottoman tile work and calligraphy on Earth.

In a structure that’s part of the Hagia Sophia complex, with an entrance on Babıhümayun Caddesi, five 16th- and 17th-century Ottoman sultans rest in their tombs. Mehmet III, Selim II, Murat III, İbrahim I and Mustafa I are all buried here. It is also here that you can see examples of the fine Ottoman tile work, decorative paintwork and calligraphy that fill the entire space with a regal atmosphere. Among all the beauty is also the rather dire fact that both Mehmet II and Selim II are buried together with their sons. Murat’s five children died in a plague epidemic, while the five sons of Selim II were murdered to ensure the succession of the oldest son, Murat III – a common practice that was later replaced with the younger siblings of succeeding sultans confined in the kafes (cages) in Topkapı Palace. 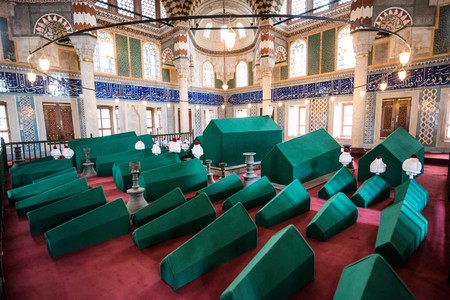 The tomb of Sultan Selim II is one of the 18 tombs built by the famous Ottoman architect Mimar Sinan. Surely one of the most beautiful tombs to be found in Istanbul, the sultan ordered that his final resting place would be beside the Hagia Sophia. The structure is octagonal in shape with an outer facade covered entirely with marble. The ceramic panels, which decorate the entrance with purple, red, green and blue floral motifs, are some of the most beautiful examples of 16th-century ceramic art. While one half of the ceramic panel is authentic, the other half is an imitation, with the original currently on display at the Louvre. The main entrance displays beautiful examples of kündekari, a form of carpentry that consists of interlocking wooden tongue-and-groove elements, including the use of mother of pearl. The other 42 sarcophagi include Nurbanu, the mother of Selim’s child, as well as his many sons and daughters. 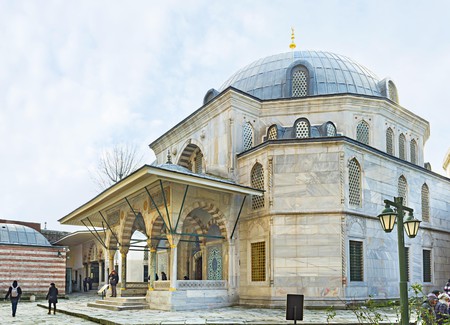 The tomb of Sultan Murad III dates back to 1599 and was built by the architect Davud Agha and his assistant Dalgıç Ahmet Agha. One of the largest Ottoman tombs, it has a hexagonal layout with two domes, a marble facade and an arcade in the front. Simple from the outside, the tomb is ornately decorated inside with some of the most beautiful examples of coral red İznik ceramics from the 16th century and hand-drawn decorative paintwork. Another standout is the belt of polished thuluth (a script variety of Islamic calligraphy), with white on a dark blue background. Alongside Murad’s tomb, there are 54 more sarcophagi belonging to his wife Safiye, his daughters, women of the court and princes. 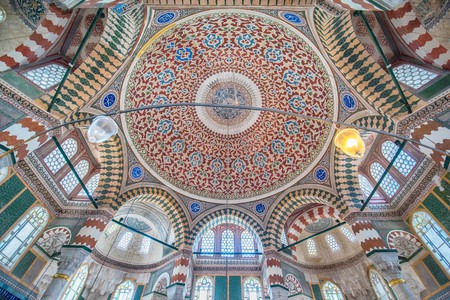 You can visit the Hagia Sophia Museum as part of Culture Trip’s epic 12-day Turkey tour, led by our local insider.