A Brief History Of The Greek Orthodox Sumela Monastery In Turkey 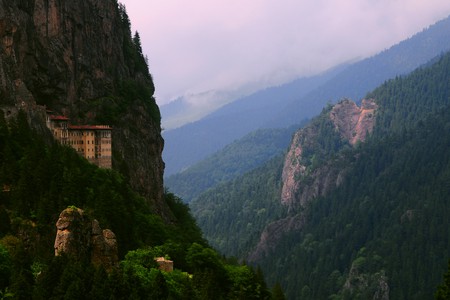 The Sumela Monastery is a Greek Orthodox monastery dedicated to the Virgin Mary, located on Melá Mountain within the Pontic Mountains in the Trabzon Province in northeast modern-day Turkey. Built in the 4th century, the monastery is one of the oldest monasteries in the Christian world, though it is no longer located in a Christian country. In this article, Culture Trip explores the history of this architectural feat.

The Sumela Monastery, sitting at the foot of a cliff facing the Altindere Valley in Maçka, in the Trabzon province, is known to locals as ‘Meryem Ana‘ (The Virgin Mary). The origins of its name are uncertain. Some sources say it comes from ‘Melas,’ which means black, or from the mountains on which it stands, called the Karadaglar (Black Mountains). Other experts believe that the name comes from the black color of the icon of the Virgin Mary, a very likely hypothesis as Black Madonnas in the region are a very common sight.

According to one historian, the monastery was founded by two priests, Barnabas and Sophronius, from Athens during the reign of the Emperor Theodosius I (AD 375-395). It was later restored in the 6th century by General Belisarius at the request of the Emperor Justinian. It was in the 13th century that the monastery took its present-day form when it received monetary richness from the likes of Alexios III (1349-1390) of the Komnenian Empire of Trabzon (or Trebizond), an empire established in 1204.

Like many other monasteries, the rights of the Sumela Monastery were preserved by the Ottoman Sultans, with some special privileges awarded after the Eastern Black Sea region was under Ottoman rule.

During the 18th century, the Sumela Monastery expanded and grew richer under the aegis of the Voivodas, as many parts were rebuilt and restored, with some wall surfaces being adorned with frescoes. However, it was during the 19th century that the monastery had its impressive golden years, with the addition of large buildings and magnificent decorations, paid for with the numerous gifts sent from Greek Orthodox communities all over Anatolia. It was also during this time that many travelers started to come from all corners of the world to visit the majestic complex, built 1200 meters above sea level. 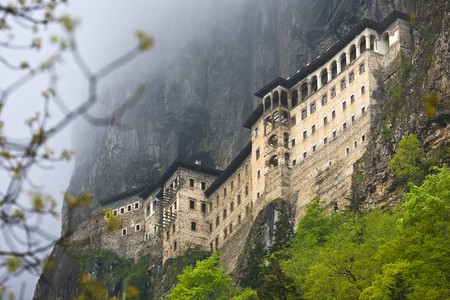 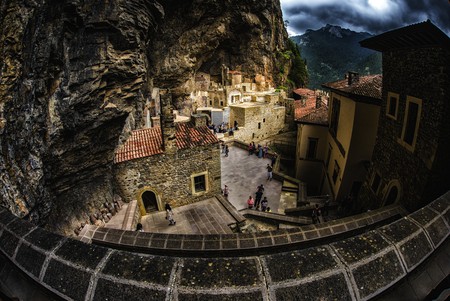 From April 18, 1916 until February 24, 1918, the Russian invasion of the region of Trebizond gave hope to the restoration of a Christian state in Pontus. But in 1923, after the War of National Liberation, the monastery was deserted following the forced population exchanges between Turkey and Greece.

In 1930, tragic events continued at Sumela Monastery when a large fire caused major destruction of the site, in which all the wooden parts of the monastery were destroyed.

Set in the beautiful Altindere National Park, overlooking lush forests and water streams, and blessed with a rich history and religious importance, it is no wonder that the monastery now serves primarily as a tourist attraction. And though this historical site is another subject of discord between Turkey and its neighbor, Greece, it may finally be added to the UNESCO World Heritage List, after undergoing a year of renovations.