A Brief History Of The Eternal Rivalry

With such a dramatic name you’ll be surprised to know that this epic rivalry is actually between the two Turkish football teams, Fenerbahçe and Galatasaray. We go all the way back to 1934 in order to understand what in the world happened to initiate the fierce competition between these two teams that continues to this day.

Also known as ‘Kıtalararası Derbi’, (Interncontinental Derby), the two Turkish football clubs actually represent the strongest teams from each side of the Bosphorus. As such, the matches between Fenerbahçe (representing Asia) and Galatasaray (representing Europe) have turned into a competition between the two sides of Istanbul, resulting in intense and often bitter rivalry. 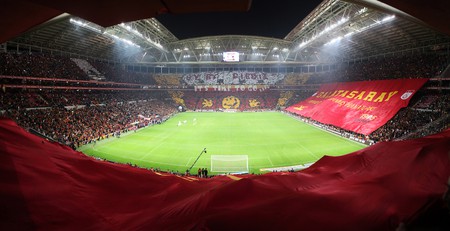 However, the antagonism between the teams has much deeper roots. More specifically, a certain match on February 23rd, 1934. As the story goes, the two football clubs played their first match in 1909 and were quite friendly with one another until that one fateful game when desire to win turned into all-out rage. The match, which took place in the Taksim Stadi, had to be stopped numerous times because of hard fouls, and the tension between players began to affect the mood of the crowd. Needless to say, when the players began to fight, the stand turned into a warzone with the referee having no choice but to abandon the match. This marked the end of any friendliness between the two clubs.

The passing of time has not done much to diminish the intense competition between the two teams, with hooliganism a common occurrence at games. Don’t be surprised to see fans breaking seats, cursing, fighting, and setting off fireworks and riots in the streets. One of the rivalry’s darkest episodes took place on May 12th 2013, when a 19-year old Fenerbahçe fan was stabbed to death by a Galatasaray supporter after a match.

Often violent, this rivalry – sometimes bordering on hatred – also has its roots in social, cultural, and regional differences. While Galatasaray was founded by the students of Istanbul’s elite Galatasaray High School in 1905, Fenerbahçe was founded by local men from the Asian Kadıköy district in 1907. This feeling of the people’s club fighting against the high class has most certainly been fuel for the fire. 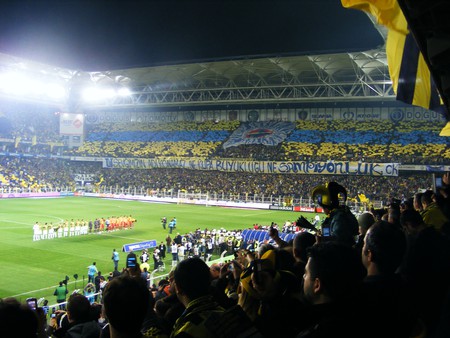