A Brief History of the Chora Church in Istanbul 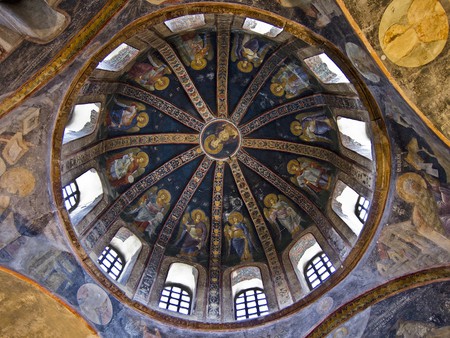 One of the most beautiful structures that remains from the Eastern Roman Empire period, the Chora Church is known for its intricate and stunning frescoes. With a history that goes back to the 4th century, the church has witnessed many historic events that changed the city of old, to the Istanbul of today.

Though the exact date of construction is unknown, the region where the Chora Church is located gained importance as a holy cemetery in the 4th century. The church building was part of the great Chora Monastery, which was part of the Eastern Roman Empire and dedicated to Jesus Christ. Located outside the city walls, it was named ‘Chora’, (meaning ‘outside the city’ in Greek), its full name being, ‘The Church of the Holy Redeemer in the Fields’. Chora stood outside the 4th century walls of Roman Emperor Constantine the Great, however when Theodosius II built his land walls in 413, the church was incorporated into the city.

The majority of the current building dates back to the era between 1077 and 1081 when the church was rebuilt in the quincunx (inscribed cross) shape, a popular architectural style during that particular time. After suffering from partial collapse in the 12th century because of an earthquake, the church was rebuilt several times and took its current form around two centuries later. It was the Byzantine statesman Theodore Metochites who endowed the church with many of its stunning frescoes and mosaics, which were added between 1315 and 1321. 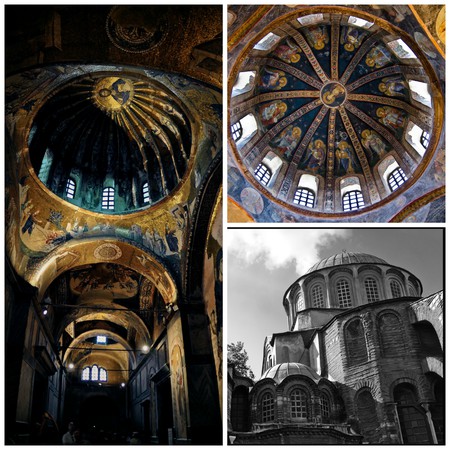 Even though the artists are unknown the frescoes are considered some of the most beautiful examples from the Palaiologian Renaissance (a period of renewed flourishing in arts during the Palaiologoi dynasty, the last ruling dynasty of the Byzantine Empire). One of the features that sets the Chora Church apart from the era’s other churches, is that depictions of Virgin Mary’s life are in chronological order through the use of the Apocryphal Gospels, even those these are not present in the Canonical Gospels.

After the fall of Constantinople, Atık Ali Pasha (the Grand Vizier to Sultan Beyazid II) ordered the conversion of Chora Church to a mosque. Due to the prohibition of iconic images in Islam, the church’s frescoes were covered under a layer of plaster and this (as well as frequent earthquakes) took their toll on the beautiful artworks. When Thomas Whittemore and Paul A. Underwood from the Byzantine Institute of America and the Dumbarton Oaks Center for Byzantine Studies, sponsored a restoration project, Chora was no longer used as a mosque, and by 1958, opened as a museum to the public.