5 Turkish Illustrators You Should Know About 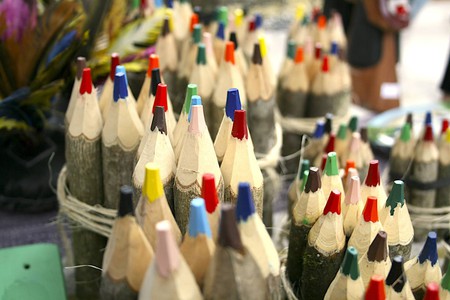 Whether established or up and coming, Turkey has its fair share of immensely talented illustrators who all have their own unique style. Check out these Turkish illustrators whose work you will love and will want to follow.

One of the most prominent and internationally recognized illustrators from Turkey, M. Kutlukhan Perker has worked with important publications like The New York Times, The Wall Street Journal, The Washington Post, The New Yorker and Mad Magazine, to name a few. Nominated for the Eisner Award, Perker’s work carries humour in its caricature-like portraits as well as the darker hues of human nature.

Currently one of the most regarded young illustrators from Istanbul, Sedat Girgin has already illustrated more than 80 books while also working freelance for magazines and digital agencies. After having partaken in many national and international collaborative exhibitions, Girgin had his first solo shows in 2013 and 2017. His style is utterly distinct, a kind of portraiture of the human form that plays with a dream-like aesthetic and colours that always break free of their presupposed boundaries.

Another Turkish artist who has worked with major publications such as The New Yorker and The New York Times, Gizem Vural is an award-winning illustrator who didn’t know she would draw for a living until she moved from her native Istanbul to New York. Her work is characterized by vivid and colourful abstractions where shapes and forms are at constant play.

Take A Walk print still on sale at @roomfifty ! Now there is 25% off till Valentine’s Day! Link is in my bio!✨ #drawing #illustration #gizemvural

An illustrator whose aesthetic is a colourful and bold world of graffiti-like beauty, Burak Şentürk has managed to work with big brands such as Nike, Coca-Cola and Converse. Born in Istanbul and having studied graphic arts, Şentürk began his career drawing caricatures for Turkey’s infamous humour magazines. One of Şentürk’s coolest projects is the illustrations he made for Green Day’s 2017 USA tour.

Quite the multi-talented artist, Ethem Onur Bilgiç is much more than an illustrator. His film posters and editorial illustrations have made him a very popular name in Turkey. Also prolific in the fields of graphic design and animation, Bilgiç won a slew of national and international awards for his short animated film, Weeping Willow, based on a poem by Nazım Hikmet.