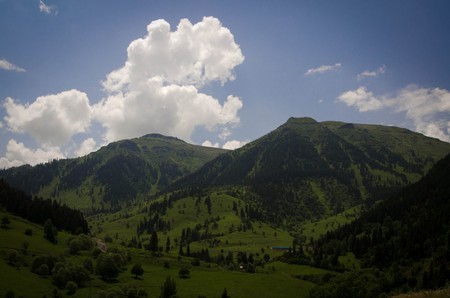 The Artvin province of Turkey’s Black Sea region is a prime destination for visitors because of its beautiful historic ruins as well as natural wonders. From Georgian churches to gorgeous valleys and mountains, these Artvin destinations are still waiting to be discovered.

Probably one of the region’s most impressive sights, the majestic Kaçkar Mountains offer one of the country’s best trekking routes through evergreen forests and alpine pastures. 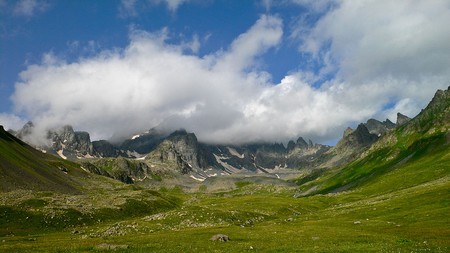 This beautiful valley in the Şavşat district of Artvin is famous for its many wild flora and fauna (including many species of birds). The perfect place for nature lovers to go for a hike with amazing views.

A beautiful convergence of deep green forests, mountains, wild flowers, and the serene Karagöl lake, there is only one small hotel in the area, which means it’s quite the remote natural getaway. 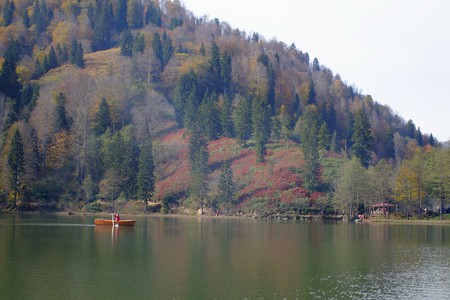 With a height of 22 meters and a weight of 60 tons, the world’s largest Atatürk statue is located in Artvin and it’s definitely a prime stop on your travels through the region.

One of Artvin’s most beautiful valleys, Macahel is still quite undiscovered by visitors, with just mountain villages and their inhabitants populating the area. The only place to stay is the TEMA Vakfı Konukevi.

The other beautiful mountain range of Artvin is also quite beautiful and offers many opportunities to trek through the impressive landscape all the way to the border with Georgia.

The Artvin Fortress is one of the area’s most important historical sights and looks out over the landscape from atop a cliff and was built in 937 by a Georgian king. 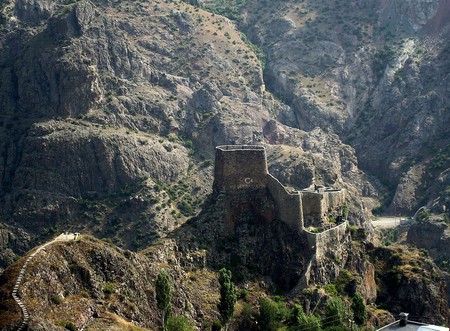 One of Artvin’s most beautiful alpine pasture villages with the Karçal Dağları looming in the background, the Beyazsu Yaylası is known for the white waters that flow down from the rocks.

This beautiful 10th century Georgian church has managed to survive the passage of time and inside you’ll still find the remains of some reliefs, including one of its founder, King Sumbat II. 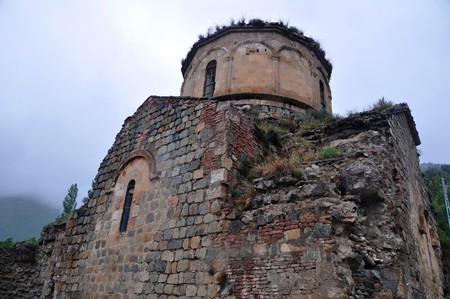 This natural preservation area in Artvin is known for some of the oldest trees in the region as well as the many birds of prey that call the area home.

This dramatic fortress, built by Georgian king Ashot the Great, is surrounded by cliffs and can only be reached by climbing up steep metal steps. 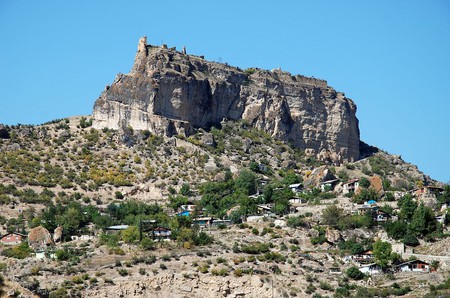 One of the first mosques to be built in Artvin, the İskenderpaşa Cami dates back to the 7th century and was later renovated by İskender Paşa, who conquered the Gevhernik Fortress in 1551.

In the winter, the Atabarı Ski Center is one of the best places in Artvin to really enjoy the thick snow that covers the valleys.

This brook is a great place for canoeing enthusiasts who’d like to see the surrounding valleys and mountains by floating through a natural waterway. 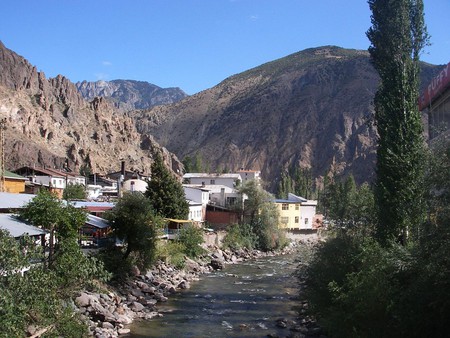 With a 63-meter drop from a steep cliff and surrounded by a lush green forest, this waterfall is a definite stop in Artvin for nature lovers.

Built between 896 and 918 BC, this Georgian monastery may be partially ruined, but its location up on the hill surrounded by greenery makes it especially stunning. 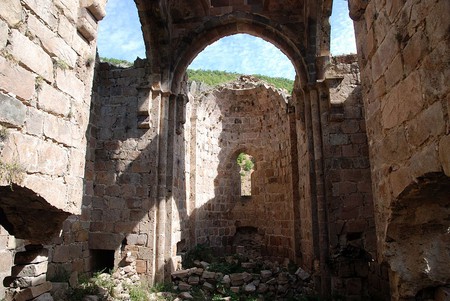 This impressive fortress above the town of Şavşat was built by the Georgians around the 9th century AD and still has two chapels.

Located in the remote village of Barhal, the Barhal or Parkhali monastery is quite striking because of its well-preserved state considering it was built before 973 BC. 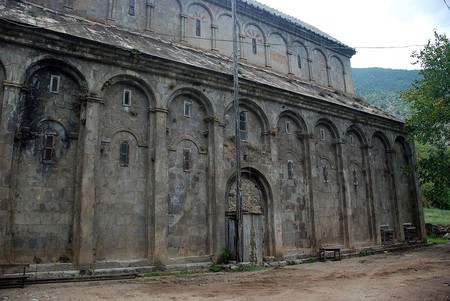 This natural conservation area not only offers some very untouched natural landscapes but also many sights such as the very remote and beautiful Bilbilan Yaylası (mountain village).

Artvin’s other famous waterfall is around 100 meters in height and is surrounded by a beautiful forest that is accessible by a natural wooden bridge. 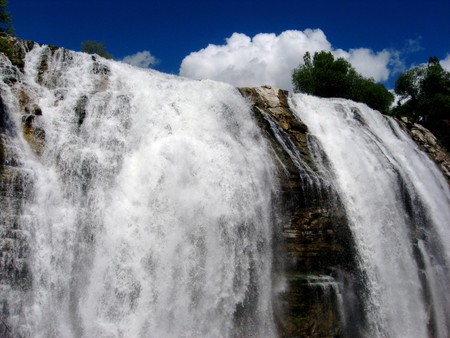 Artvin | © Paul/Flickr
Give us feedback