Edirne | © KLMircea/Flickr
Once the capital of the Ottoman Empire, Edirne is full of stunning structures that speak of its rich past as the main seat of a once powerful empire. From mosques to museums, the famed vineyards of Thrace to the city’s famous oil wrestling festival, here are all the sights you have to visit whilst in Edirne.

Mosque
Selimiye Mosque | © Ankara/Wikimedia Commons
One of the greatest works of the famed architect Mimar Sinan, the beautiful Selimiye Mosque is one of Edirne’s most important historic attractions and was built between 1569 and 1575.
More Info
Open In Google Maps
Mimar Sinan Caddesi, Edirne, 22020, Turkey
Visit website

Held annually since 1346, wrestlers from all over Turkey train all year to take part in the major Kırkpınar tournament that lasts for three days and declares the başpehlivan (champion) with a golden belt.

Past the historic bridge, this area was once the location of Sultan Murat II’s Old Palace, which was built in the 15th century, Sarayiçi is now the home of the Kırkpınar stadium as well as the rebuilt kitchens where Ottoman palace cuisine began. 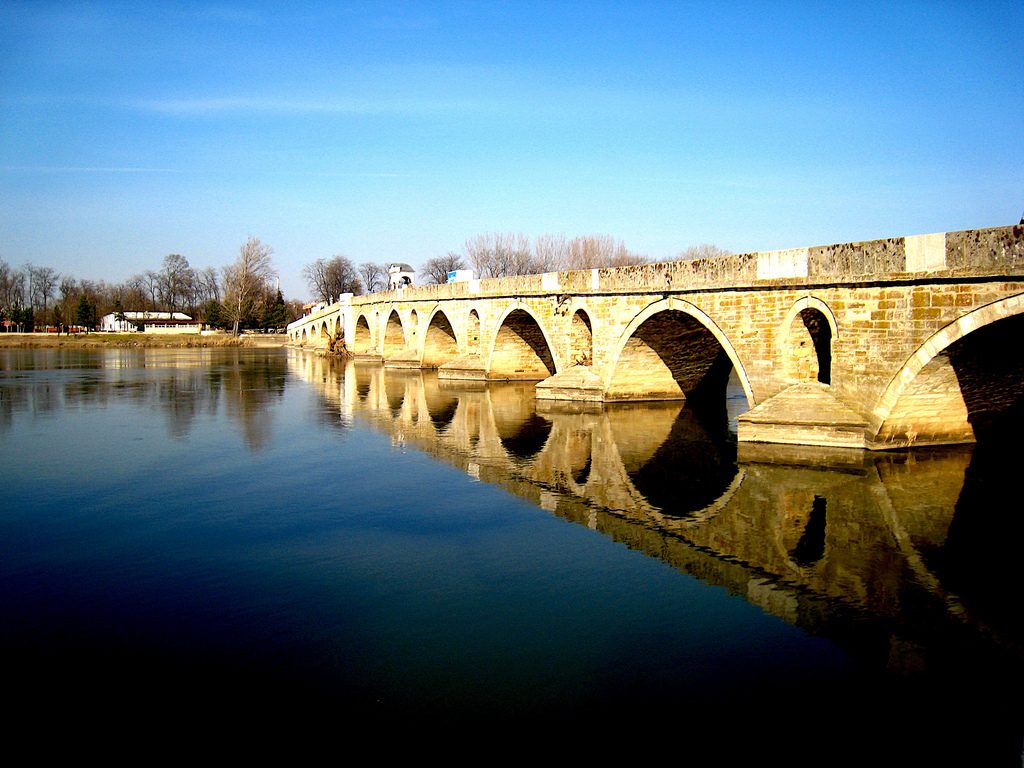 Turkey’s historic Thrace area is now home to some of its best boutique vineyards and Arcadia is one of the major standouts, abiding to sustainable viticulture with low intervention.

Synagogue
Grand Synagogue Edirne | © CeeGee/Wikimedia Commons
Edirne was once home to more than 20,000 Sephardic Jews and this synagogue, built in 1906 and reopened after a five-year restoration project, is a truly stunning reminder.
More Info
Open In Google Maps
75 Maarif Caddesi, Edirne, 22020, Turkey

Edirne’s old city, Kaleiçi is full of beautiful timber houses dating back to the 18th, 19th, and 20th centuries, some of which have been restored, such as the beautiful Mihram Hanım Konağı.

Set within the Sultan Beyazıt Mosque, the former Ottoman hospital now features a museum displaying the history of Islamic medicine including the story of innovative treatments via mannequins in traditional Ottoman era doctor’s garb. 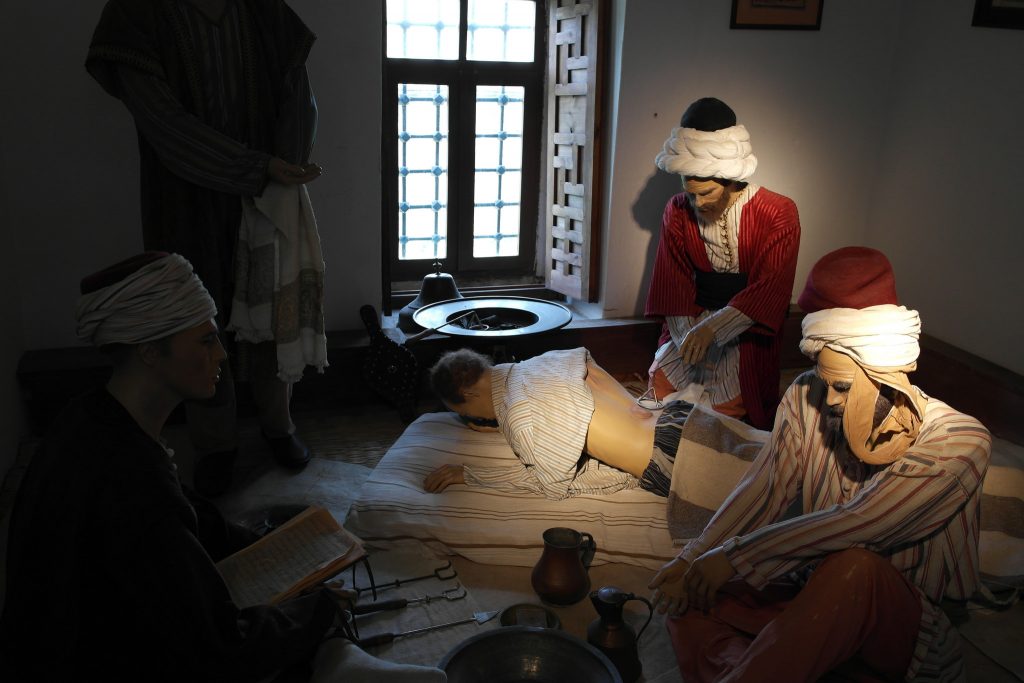 Mosque
Quite the majestic sight in Edirne’s town center, Üç Şerefeli was commissioned by Sultan Murat II between 1437 and 1447 and gets its name from the three balconies within the tallest minaret.
More Info
Open In Google Maps
Edirne, 22000, Turkey

Mosque
Old Mosque | © Güldem Üstün/Flickr
One of the lesser-known historic structures in Edirne, the Old Mosque was built between 1403 and 1414 and is one of the city’s oldest imperial mosques with beautiful calligraphy in the interior.
More Info
Open In Google Maps
No: 1 Muafakathane Sokak, Edirne, 22100, Turkey
+902842253029
Visit website

Museum
Built between 1484 and 1488, the Sultan Beyazid II Mosque was commissioned by none other than Sultan Beyazid II himself and stands a little way outside the city right by the Tunca River, with a beautiful courtyard complete with a fountain.
More Info
Open In Google Maps
Edirne, 22000, Turkey
+902842240922

The chief architect and civil engineer of the Ottoman Empire, Mimar Sinan built 300 major structures and this statue in Edirne is a homage to a man whose apprentices would later help design the Taj Mahal. 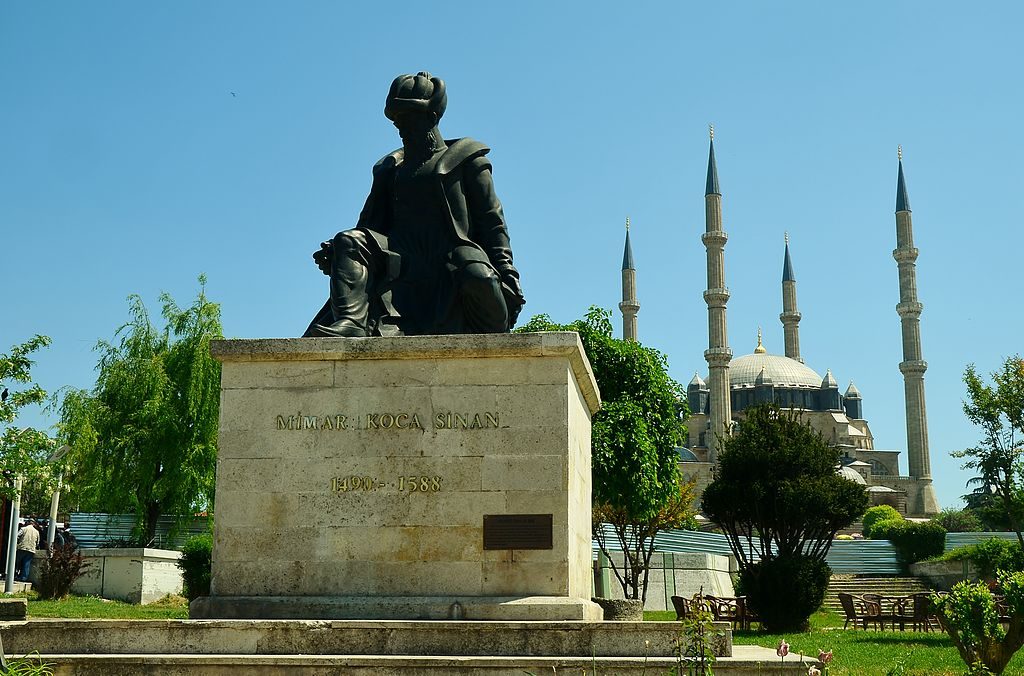 Another attraction within the huge Selimiye Mosque complex, this museum has a collection of art and artifacts from mosques in and around Edirne.

An essential visit for wine enthusiasts, Barbare has excellent red wines and its rural atmosphere is a welcome break from city life.

If you had the chance to attend the Kırkpınar Festival, then you should definitely check out this small museum which displays the story of the historic tournament including press clippings and photographs. 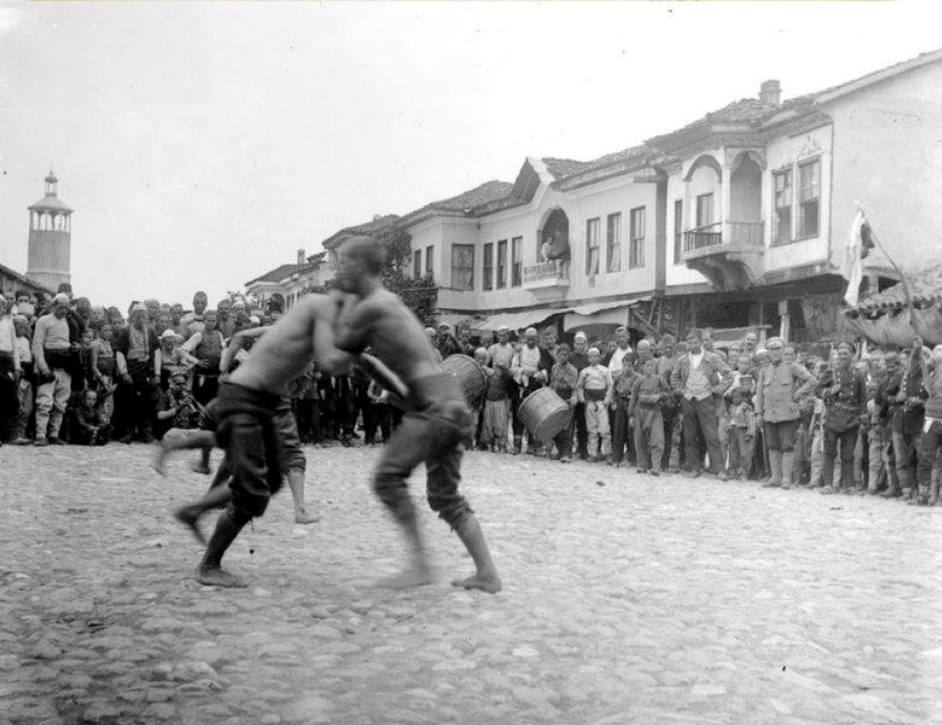 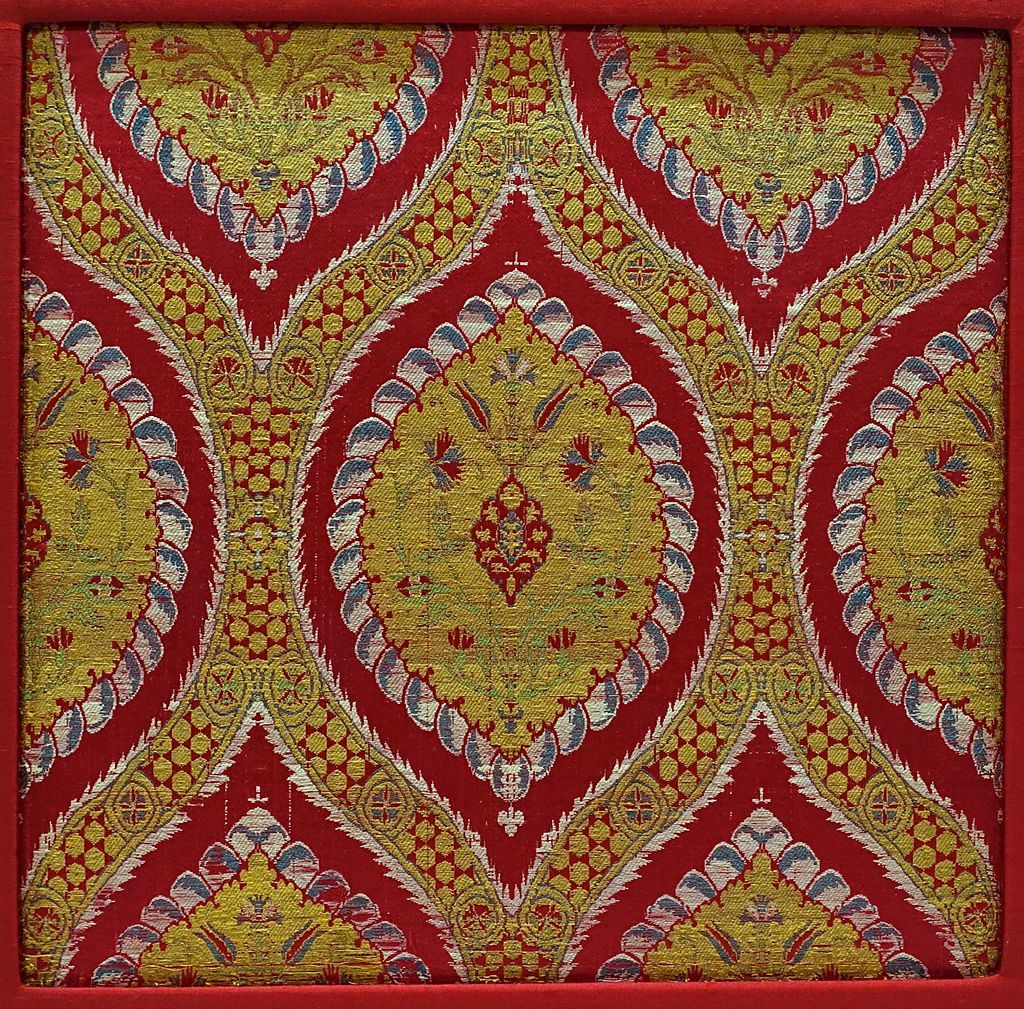 Also located within the Selimiye Mosque complex, this special cemetery has the graves of many members of the elite Ottoman Janissary.

Mosque
Built between 1426 and 1436, the Muradiye Mosque stands out with its orante Iznik tiles and unusual cupola as well as the fact that it used to have a Sufi lodge.
More Info
Open In Google Maps
Edirne, 22000, Turkey