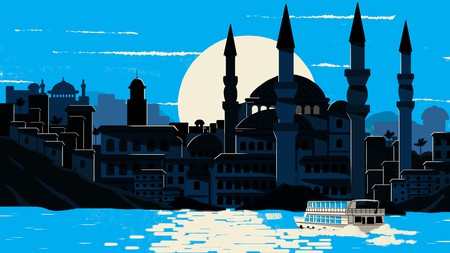 Istanbul has it all. From physical reminders of past empires to the sights and sounds of a modern city as experienced through its up-and-coming neighbourhoods, the reasons to visit Turkey’s largest metropolis are aplenty.

Istanbul, home to more than 14m people, is wonderfully dynamic. Spanning both Europe and Asia and surrounded by the Black Sea and the Sea of Marmara, the scale and topography of the city – once home to the Roman, Byzantine and Ottoman empires – are fitting of its richly diverse past.

Historical sights dot Istanbul – picture palaces adorned with mosaics and frescoes and beautiful mosques piercing the skyline. In the vibrant neighbourhoods, a variety of cafés, bars, boutique shops and rooftop restaurants line the streets, and most areas have colourful bazaars. These are just some of the reasons why this fascinating city should be on your must-visit list.

Istanbul’s most defining feature is the Bosphorus Strait, which divides the European and Asian sides of the city. Visitors can go on a public boat tour or rent a private boat to experience some of the most awe-inspiring views of the metropolis. Sights to see include Ottoman waterfront mansions, the 15 July Martyrs Bridge, the fishing village of Anadolu Kavağı and palaces from the Byzantine era. What you see depends on the route you take (short or full cruise) and your budget. 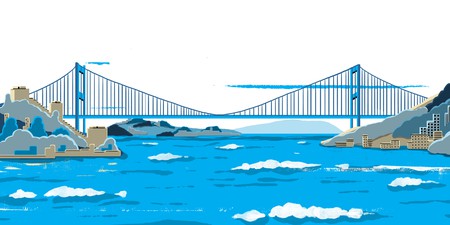 Historical sights spread across the city

Ottoman palaces, Byzantine castle fortresses and Roman-era obelisks are just a small part of the historical sites you’ll find in Istanbul. Some examples of this grandeur include the Hagia Sofia Museum, an architectural masterpiece that once served as a Byzantine church and then an Ottoman mosque, and the 17th-century Sultan Ahmed Mosque, also known as the Blue Mosque for its illustrious interior tile decorations, grey cascading domes and six minarets. While there are countless galleries, museums and religious sites to explore, you’re just as likely to find yourself entranced by one of the many old and dignified alleyways in the city left untouched by modernity.

Napoleon reportedly once said, “If the world was only one country, Istanbul would be its capital.” In so many ways, travellers throughout the ages have agreed with this sentiment. Istanbul has always been a rich mosaic of people, religions and cultures. The tired East meets West label used to describe the city might be better replaced by “Everything meets everything else”. Synagogues rub shoulders with churches and mosques. Walking the streets is an exercise in parsing out what language you might be hearing at any given time, and diasporas from Georgia, Armenia, Syria, Egypt, Korea, the Philippines and dozens of other countries continue to add to the colourful fabric of the city.

Istanbul is a hub of gastronomical experimentation, and chefs here are known for creating superb new dishes out of traditional Turkish recipes. Spend the day tasting street-food classics such as simit (the country’s ubiquitous, sesame-encrusted bagel), midye dolma (mussels mixed with seasoned rice and lemon juice served in half of their original shell) and doner meat stuffed in a wrap. These are available across the city.

A heartier lunch might include something such as imam bayıldı, a roasted and stuffed eggplant dish. Try it at Karaköy Lokantası (an upscale restaurant offering excellent traditional Turkish cuisine in the Karaköy neighbourhood) or Kırkpınar Lokantası (a quality open buffet restaurant with branches all over the city). At night, hit the upscale restaurants that reimagine these traditional meals. Barbounia does a fantastic job of putting spins on classic Aegean and Anatolian recipes by adding new elements to these dishes. The additions are simple yet rewarding. 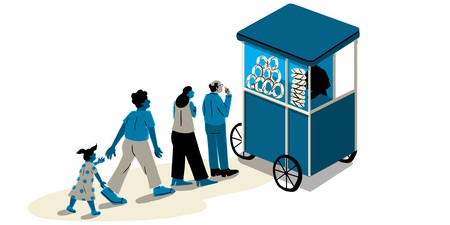 Some of the most exciting neighbourhoods on two continents

Balat, Karaköy, Kadıköy – these neighbourhoods give insight into Istanbul’s past and the changes over the years that have resulted in the burst of new cafés, restaurants, bars and more.

Balat is the city’s historic Jewish Quarter filled with rows of colourful houses, and where you can find the Ahrida Synagogue, one of the oldest in Istanbul. Built into the hills next to the Golden Horn, new cafés and restaurants have found a place in the rundown buildings in the area. After the earthquake of 1894, a majority of the Jewish community left Balat and took most of the wealth with them, leaving the neighbourhood in a state of despair. However, the urban transformation (supported by Unesco) has revitalised the economics of the area and made it safer and cleaner in a way that makes residents happy.

Karaköy, another European neighbourhood, offers a mix of old and new in the same stretch. Boutique hotels, old cathedrals and pop-up stores can be found in every corner. The seaside neighbourhood is one of the most popular nightlife spots in the city, and you can go for drinks under the vines and lighting that criss-cross from one building to the next, creating a romantic setting.

On the Asian side, Kadıköy is both unpretentious and growing. Besides being famous for its bustling produce and fish market, the area has seen more and more restaurants and bars that have opened up for business. Despite the growth, the vibe is far more laid-back than most European neighbourhoods, mostly because many people don’t take the ferry over to the other side. Go for a walk or have a picnic at the Kadıköy-Moda waterside park for incredible views of the city.

The bazaars (grand and otherwise)

Bazaars are a huge part of Istanbul’s identity, and the labyrinthine Grand Bazaar is one of the world’s largest at more than 30,000sqm (323,000sqft). Visitors can spend hours bargaining for decorative tiles, handwoven rugs, antiques and more. The nearby Spice Bazaar is almost as massive and offers an incredible array of spices, herbs and tea. While on a smaller scale, most neighbourhoods in Istanbul operate their own weekly food market as well, selling fresh produce from the countryside, cheeses, and fish from the nearby seas.

With so much to see in Istanbul, almost any rooftop bar or restaurant you visit is likely to have satisfying city views. The bar called 5 Kat – in the heart of the touristy Taksim-Cihangir area – offers some of the best panoramas of both continents, along with excellent service, food and drinks. Alexandra Cocktail Bar does a great job with cocktails – which is not always something you find in the city – and looks over the iconic Bosphorus. The bar and the neighbourhood, in general, offer a more laid-back vibe, making it the perfect spot to step away from the crowds. The area also has plenty of small backstreets lined with cafés and restaurants to get lost in once you’re done with your drink. 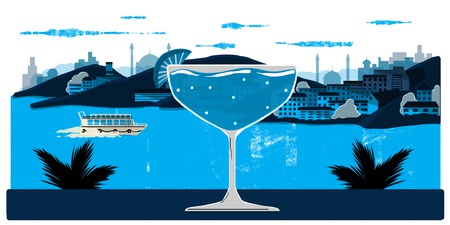 Ramadan in the city

The holy month of fasting during Ramadan (or Ramazan in Turkish) is one of the most enchanting times to visit the city. Although it’s somewhat quiet during the day, the city comes alive after sunset. Each night, local municipalities arrange iftar dinners where thousands of worshippers come together to break their daily fast at sundown, and public spaces near the mosques become picnic grounds for feasting post-prayer time. Experience the best of hospitality during this month, with that sense of community and togetherness extending to anyone who takes a seat at the table.

Day trips in and around Istanbul are great if you’re looking to escape the tourist crowds, especially during the summer months when temperatures are soaring. Take the time to explore the small towns and beaches up on the Black Sea, the Princes’ Islands in the Sea of Marmara or Belgrad Forest (north of the city). Pack some food, bring a speaker and enjoy a different side of Istanbul.

The 2016 documentary Kedi (Turkish for “cat”) shows how important these animals are to Istanbul’s identity. Thousands of cats roam the streets of Istanbul and are collectively cared for by neighbourhood residents, making them one of the city’s success stories.

Cats are thought to have arrived on ships docked in Istanbul (Constantinople) during the Ottoman Empire. These ships had cats to deal with rats and other small pests, and they ended up thriving in the city. Some people think this is due to the influence of Islam (the dominant religion of the country) and its affinity for cats, which was derived from an apocryphal story in which the Prophet Muhammed cut away a part of his tunic so as not to disturb a cat that was sleeping on it. 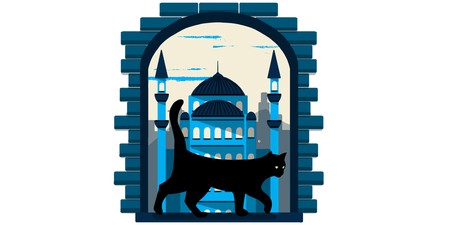 Turkish baths, or hammams, have played an important role in life in Istanbul since Roman times. These institutions served as social centres for men and women to interact (separately) and take a break from the whirlwind of everyday life. Today, visitors include both enthusiastic visitors and nostalgic residents who are keen to experience the cleansing rituals offered here – expect a steam room, an intensive scrub and a trip to the cool room to rehydrate and relax.

The rituals can differ depending on the bathhouse you visit and how much money you’re willing to spend. Istanbul’s best hammams include architectural masterpieces dating back to the 16th century, such as the classic Ottoman-era Ayasofya Hurrem Sultan Hamam, to the more simple baths like Çinili Hamamı, built in 1640 and popular among residents for staying true to the traditional experience.
This article is an updated version of a story created by Feride Yalav.