10 Turkish Fashion Designers You Should Know 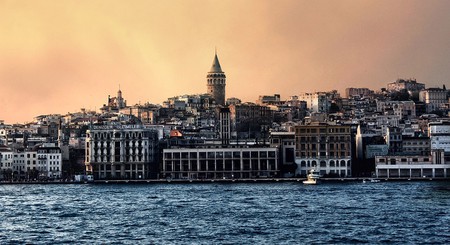 Thanks to its numerous fashion boutique districts and high-profile events such as Istanbul Fashion Week and Istanbul Design Week, Istanbul is an incredible destination for any fashion lover. With an ever-growing interest in Turkish fashion, Turkish designers are reaching new global audiences. Here are ten Turkish designers you should keep tabs on.

Ece Gozen began her career at Hakaan Yildirim, where she participated in designing collections in Paris, London and Milan fashion weeks and attracted significant attention for her skill and clarity of vision. In 2012 she was invited to participate in the 20th IHKIB Young Fashion Designers Award for her project Reflection. This accolade, along with her wealth of experience, propelled her to found her own successful label in 2013. Her ethos is sports meets couture, where feminine women explore a more athletic aesthetic to create a powerful impression. Her work has since been featured in Vogue, Elle and Harper’s Bazaar Turkey.

Günseli Türkay studied at Accademia Italiana and later designed for Zara before using her experience to create her own eponymous label. She creates thought-provoking collections involving prints and androgynous silhouettes, and also collaborates with artists worldwide in order to transform their paintings into haute-couture creations. Her last three collections have been created in collaboration with British landscape photographer Reuben Wu in order to create surreal landscape inspired pieces which bridge the gap between sportswear couture. Her fresh ideas have attracted impressive accolades, and she has previously won the IMA’s Young Fashion Entrepreneur Award in 2009, and in 2010, she had the honor of representing Turkey at London Fashion Week.

Umit Benan started his career as an aspiring filmmaker, but quickly transferred his interest in narrative to a career in fashion design, partly inspired by his clothes-manufacturer father. His collections tell stories: one collection remembers a girlfriend with a penchant for menswear, while S/S 2015 depicts the Tennis Club de Cartagena, which has taken the sportswear trend in an exciting, bad boy direction. He settled in Milan in 2006 and now exhibits his work there each season. Benan’s work stands out because of an aggressively masculine ethos which infuses every aspect of his shows, from the initial inspiration to the casting.

Flying the flag for eco-fashion is Nejla Güvenç, who uses uses eco-friendly materials to create sustainable collections for her brand NEJ. Her work has attracted the attention of “The Corporate Social Responsibility Programme of the Year in Europe Award” under the Steve International Business Awards. She has managed to reach the forefront of her field while still maintaining her ethics, and was recently chosen for Goldman Sachs “10000 women” program, which provides businesswomen around the world with business management education and mentoring. She also represents Turkish fashion on the world stage: her work has previously been chosen to represent ITKIB and the United Cultures Association’s event “Hope Couture.”

Les Benjamins aims to ‘bring to the world a true vision of modern-day Turkey’ with modern, fun pieces that nod to experimental trends while maintaining traditional high-quality tailoring techniques. A truly international brand, each season’s collection is inspired by a geopolitical events. Brand founder Bunyamin Aydin also takes inspiration from Les Jeunes Turcs, a political reform movement that existed during the Ottoman Empire. The brand has expanded from Istanbul’s hip area of Galata to sell worldwide, and continue to live by the motto “Something old, something true, something borrowed, all ways new.”

Even if you haven’t heard of Bora Aksu yet, you will have seen his influence on the catwalks of London and Milan over the past few years. This iconic designer graduated from Central Saint Martins in 2002 and has since grabbed the attention of everyone from national newspapers to Dolce and Gabbana. His debut collection in 2003 was well received, and he was placed in the Guardian newspaper’s top five to watch. He has since collaborated with a spectrum of institutions as wide as the Dali Institute of Design Museum, Nike, and has even designed several window displays for the department store Selfridges.

Zeynep Mayruk supplemented her own training in fashion design with courses at Central Saint Martins College of Art and Design in London and now presents at Mercedes Benz Fashion Week in Istanbul. Her designs employ a pastel palette, with nods to traditional tailoring techniques and classical ballet. While her designs carry a youthful vibe, her sharp tailoring will find fans of all ages. Mayruk is also evidence that Istanbul Fashion Week is a platform for emerging young Turkish designers, as well as veterans of the Turkish design scene.

Burce Bekrek trained in Italy and spent several years working in freelance design for clients such as Porsche and Bentley before establishing her own label to show a more complete communication of her artistic vision. She has since been nominated in the Elle Style Awards Turkey for the Young Designer Category and continues to receive praise for architectural but wearable pieces. Her pieces have a utilitarian vibe while still communicating a strong sense of personality, and her latest collection mixes sheer fabrics and masculine vibes to create a truly modern collection with international appeal.

Manchester-based Zeynep Kartal has turned a lifelong love of couture into a label with universal appeal. Her collections feature bespoke evening gowns and on-trend leather jackets which have won over the likes of Cheryl Cole. Her brand has benefited from the support of Fashion Scout, an initiative which fosters design talent and has been responsible for launching the careers of Peter Pilotto, Pam Hogg, and Craig Lawrence, each of whom have become part of the recognizable landscape of contemporary designers. With this kind of high profile endorsement and timeless designs, it’s only a matter of time before Kartal enjoys the same level of success.

Coming from a family of couturiers, Arzu Kaprol has design in her blood. Her showrooms in Paris and Istanbul display garments with a geometric, architectural feel. Unusual for a designer of her youth, she creates both couture and ready-to-wear collections, which means that she transfers her skills between the two concepts in order to create innovative ideas. For example, her couture dresses look fit for royalty, but also include discreet pockets for smartphones. Her designs have been exhibited at the Museum of Modern Art in New York, and have also been worn by high-profile clients such as Milla Jovovich and Gisele Bündchen.