10 Musicians You Need to Know From Turkey 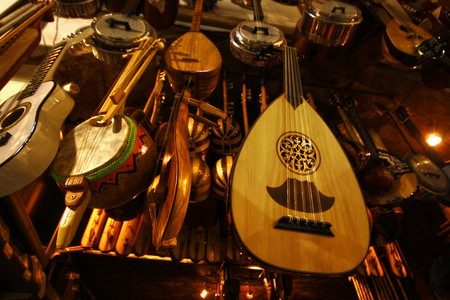 Best known for its international superstar Tarkan, there’s definitely so much more to the Turkish music scene. Here is a look at some of the best young musicians currently making their mark through their unique style, from synth pop to reggae, acoustic to hip-hop and more.

Gaye Su Akyol has already been picked up by the likes of Pitchfork for her unique sound that mixes Turkish music styles with grunge, rock, and psychedelia. Part of a music scene that has been undoubtedly revitalized, Turkish scales, common with traditional instruments such as the saz or ud, have clearly influenced Akyol’s compositions. However, the influence of rock and psychedelia have taken it to a place beyond reality, and it’s no wonder that her album is titled Hologram Imparatorluğu, (Hologram Empire).

Kalben became a big name after she sang her heart out in a small Istanbul living room as part of Sofar Sounds. Her performance became one of the most watched Sofar Sounds videos, and soon after, her self-titled album made the rounds on popular radio shows and amongst Istanbul’s musically appreciative crowds. Kalben’s honesty in her lyrics combined with a vocal- and instrument-based talent make for an all-around great artist.

Formed in 2001 in Eskişehir, Ayyuka has managed to make a big mark in Istanbul’s rock music scene, having been opening acts for major international bands and featured in some of the world’s most important festivals. Composed of Alican Tezer (drums), Altan Sebüktekin (bass), Ahmet Kul (guitar), and Özgür Yılmaz’dan (vocals, guitar), Ayyuka already has three successful studio albums to their name.

Due to their name and English lyrics, The Away Days could well get away with posing as a band from some chill neighborhood in California. However, the five-person band is actually from Istanbul and produces some of the best dream pop that Turkey has to offer. Formed in 2012, The Away Days has managed to perform at popular festivals like South by Southwest and opened for major bands like Portishead.

One of Istanbul’s favorite acoustic bands, Büyük Ev Ablukada is a musical commentary on life that everyone finds completely relatable. Formed in 2008, Ablukada is one of the best alternative bands in Istanbul and has also made their way into the electronic world with their second album.

One of the more eccentric musical talents stemming from Istanbul, Jakuzi is a Turkish language synth pop duo whose first album has been described as a “lo-fi pop masterpiece from a faraway time.” Indubitably Turkish, Jakuzi’s sound is also influenced by Western music, giving a contemporary interpretation that represents some of the best that Turkey’s underground music scene has to offer.

If you thought that Turkey didn’t have a rap scene, then you’ll be quite surprised to listen to the excellent musical work of this talented rapper from Eskişehir. Classic Turkish music sampling, bold beats, and intricate rhymes have made Ethnique Punch one of the standouts in the underground hip-hop scene.

Sattas released Turkey’s first reggae album in 2012 and went on to become hugely successful playing countless festivals and concerts. Without straying too far from root reggae, the band has played with elements of jazz, ska dub, classic music, and rock for a sound all their own.