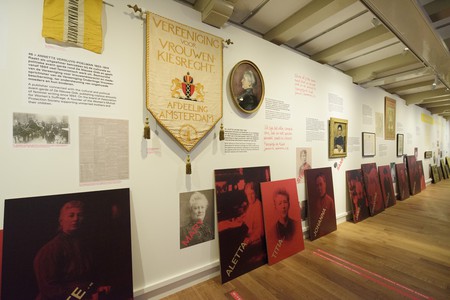 By retelling the stories of important, inspiring or infamous women from the last century, an exhibition in Amsterdam presents modern Dutch history from a fresh perspective.

The 1001 Women in the Twentieth Century exhibition will run from 4 October 2018 to 10 March 2019 at the Amsterdam Museum. It centres around short biographies of the women featured, forming a timeline that spans an entire century when followed from start to finish.

The women’s profiles only take a minute to read but contain more than enough information to spark visitors’ interests and give them the opportunity to delve into each figure’s personal history and main achievements. Aside from the aforementioned text, the exhibition features dozens of objects that represent each woman’s life and work in some way, ranging from Impressionist paintings to feminist pamphlets.

While famous female figures from Dutch history who are well-known at home and abroad make up some of the 1001 women featured, the exhibition leaves plenty of space for women who aren’t household names. Celebrated individuals like Queen Juliana or Anne Frank are profiled alongside women whose stories are far less documented, such as the Netherlands’ first female pilot Beatrix de Rijk or Indonesian resistance fighter Coos Ayal, who fought during World War II when she was only 16 years old. The exhibition also doesn’t limit its scope to women born in the Netherlands and includes migrants from former Dutch colonies and other countries who influenced the nation’s culture, history or politics over the past 100 years. 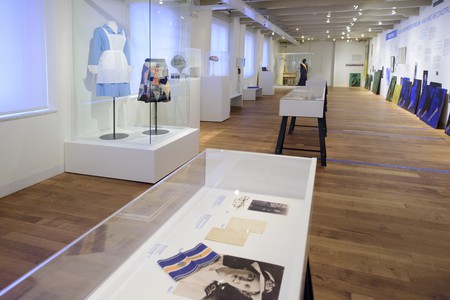 By striking a balance between familiar and lesser-known stories, the exhibition provides fascinating insights into modern Dutch identity, drawing attention to women who contributed to pivotal moments in the country’s past, which remain relevant today. For instance, women like Bet van Beeren who owned one of the first gay bars in Amsterdam, Cafe t’ Mandje, or writer Joke Kool-Smit whose seminal essay The Discontent of Women heralded the second wave of feminism in the Netherlands during the 1970s.

Thanks to its comprehensive, yet engaging nature, the exhibition successfully illustrates how individual women shaped important social, political or cultural movements in the Netherlands, creating an overall narrative that touches on many still-pertinent issues, including LGBTQ rights and gender equality. It is the kind of content that’s easy to grasp, but leaves a lasting impression and inspires further reading. Fortunately for visitors who are eager to learn more about these women and others like them, the exhibition was based on a book written by Dutch historian Els Kloek, which bears the same title and is available for purchase at the museum. 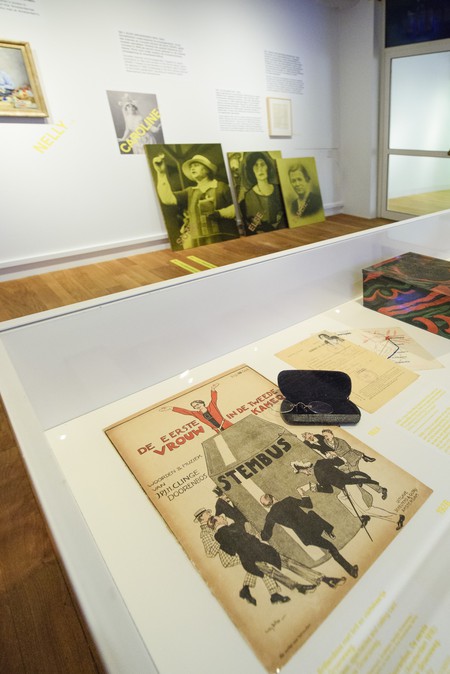 Kloek also contributed to the exhibition, working as a guest curator for the project. “The main goal was to make women more visible in history.” Kloek states: “I always ask where are the women? Especially in the 20th century, there’s a whole story to tell”. Whereas her book recounts the lives of 1001 women, only 200 biographies are present at the museum, due to space limitations. “It was terrible to eliminate people from the narrative”, she explains, “it hurts and gives me such stress and grief. But it is impossible to show 1001 women in one exhibition, so we had to choose”.

Although it is certainly worth purchasing Kloek’s book for complementary reading, the exhibition feels complete by itself, featuring heaps of informative content that’ll enthral history buffs and casual visitors alike.