Why Is Amsterdam Called Amsterdam? 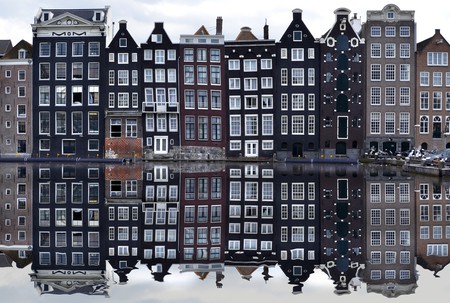 In the late 10th century, settlers began reclaiming the swampy marshland around the northern mouth of the river Amstel. Over the next two centuries, several small towns developed on both sides of the river and were eventually united by a large dam. This unified community was christened Amstelredamme, in honour of the levee that connected its earlier borders.

Although the city’s name changed over the years it still retained its original content, whilst condensing its two main element, Amstel and Dam, into Amsterdam. As time went on, Amsterdam continued to grow around its namesake and attracted an increasing number of residents due to its burgeoning trade capacities. The city’s strategic location on the river Amstel allowed commerce to develop rapidly, whilst supplying its inhabitants with fertile farmlands, ample fishing resources, and an abundance of peat – which was an extremely valuable commodity until the earlier modern period.

The dam itself became a vital part of the city and many important buildings were constructed along its wings including the Royal Palace and de Nieuwe Kerk. By the 17th century, the entire embankment had been paved over and turned into an elevated, central plaza which is now known as Dam Square. For many years, this town square featured a fish market, which developed around the high concentration of small ships that moored on the dam’s banks everyday. 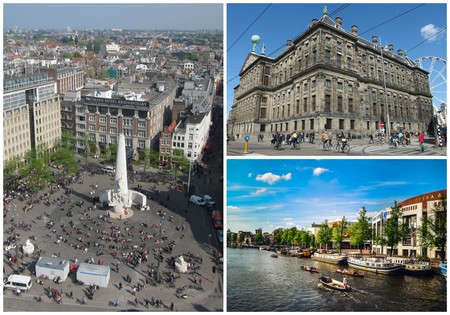 As central Amsterdam modernised during the 19th century, many waterways around the city were drained and converted into roads, including the river Amstel’s northern estuary Damrak. After this project was completed, Dam Square was effectively surrounded by land, meaning that it is now a terrestrial construction, despite its maritime heritage. Today, Dam Square (and its predecessors) still play an crucial role within Amsterdam and many culturally important events happen on the plaza throughout the year including memorial services, outdoor concerts and other celebrations associated with Dutch national holidays.