Why Does Amsterdam's 'City Hall Urinal' Have National Monument Status? 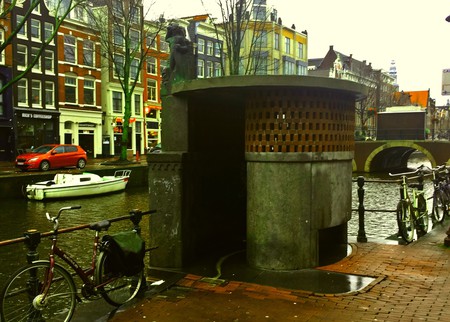 There’s quite a surprising entry on Amsterdam’s long list of protected monuments, located on the eastern bank of Oudezijds Achterburgwal canal. This peculiar landmark houses a small public urinal and was designed in accordance with principles drawn from Amsterdamse School architecture.

The urinal in question was completed in 1926 and originally stood next to the city’s town hall, which has since been moved elsewhere. During this period, architects in the Netherlands were experimenting with new forms and developed stunning designs that revolved around expressive, red-brick motifs and elegant, curved facades. This movement was eventually christened the Amsterdamse School, in honour of its main proponents’ hometown. 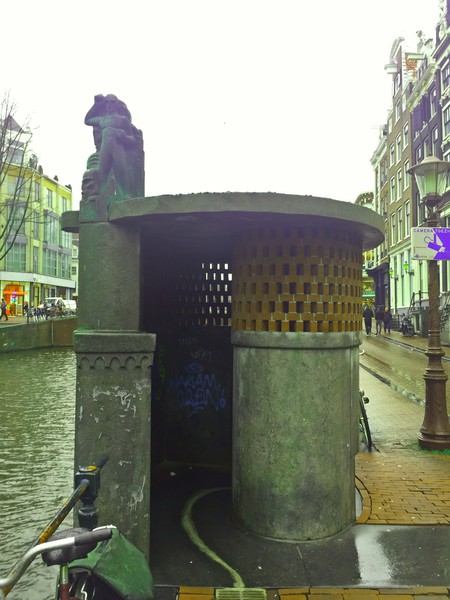 Architects involved with the Amsterdamse School often worked on municipal projects, and many were commissioned by Amsterdam’s local government to create avant-garde residential or public buildings. Aside from larger, stately structures like het Schip or the Olympic Stadium, these architects also worked on utilitarian, civic amenities including bridges, postboxes and even public toilets.

These smaller pieces of architecture are found throughout the city and many are protected as monuments due to their relation to the Amsterdamse School. Even though the public toilet on Oudezijds Achterburgwal isn’t the most celebrated example of Amsterdamse School architecture, it is nonetheless captures a certain measure of the movement’s ideals and aesthetics.

For example, its western wall curves away from its entrance, creating a horizontal arch that clearly homages other projects associated with de Amsterdamse School such as de Bijenkorf in the Hague or De Dageraad housing estate in Amsterdam. The toilet also features a statue created by one of Amsterdam’s most prominent sculptors, Hildo Krop. This rugged figure stands above the toilet, with his hand raised in a fist, as though he’s announcing a victory over his own bladder. 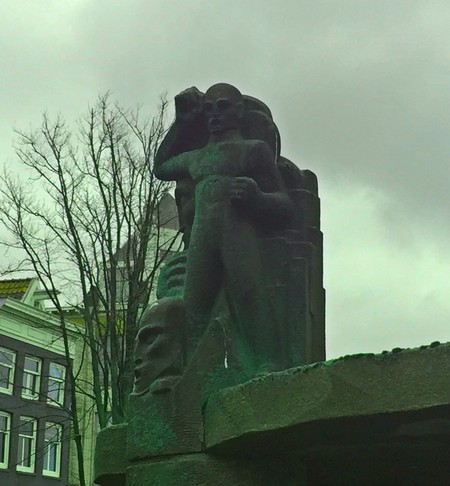 © the Culture Trip
Give us feedback