Why Do Thousands of Bikes End Up in Amsterdam’s Canals Every Year? 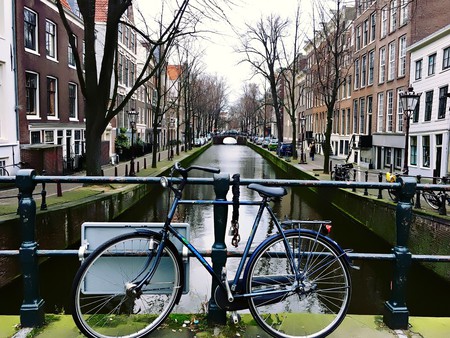 A bike chained to a bridge on Amsterdam's canals | © pixabay

Roughly 78% of Amsterdammers own at least one bike, and it is often said that bicycles outnumber residents in the city by a significant margin. Even though locals tend to cherish and protect their rides, thousands of bikes manage to fall into the city’s canals every year.

Current estimates suggest that there are approximately 881, 000 bikes in Amsterdam, compared to around 851,573 permanent residents. While these statistics certainly aren’t foolproof, they seem relatively accurate considering the vast number of cyclists flowing through the city everyday.

Although Amsterdam’s notoriously flat geography makes it perfect for biking, the city’s famous, 17th-century canals can cause problems for cyclists. As there are over 100 kilometres of canals in Amsterdam, bikers are never far away from these iconic feats of engineering, and often park their bicycles extremely close to the city’s waterways. 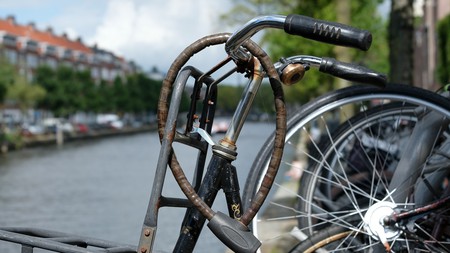 It is surprisingly common to see rows of unattended bikes, with locked chains looped around their wheels, standing along the banks of Amsterdam’s canals. While stray bicycles occasionally fall into the water due to the wind or other acts of God, it is likely that the vast majority of submerged bikes are tossed into the canals on purpose.

According to the city’s official water services (WaterNet) around 15,000 bikes are salvaged from the canals annually. It is generally assumed that vandalism is behind these numbers and that petty criminals throw other people’s bikes into the canals for their own amusement. Other potential culprits include bicycles thieves that want to quickly dispose of evidence, and bike owners that simply can’t be bothered to take their broken rides to the dump. 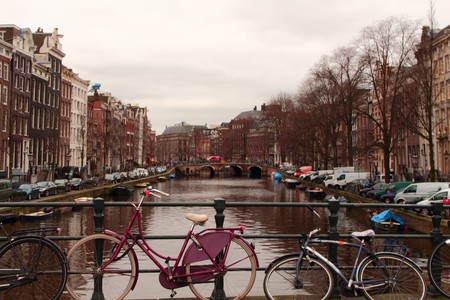 Amsterdam’s local government has to regularly dredge up these discarded bikes in order to keep the city’s canals clean, safe and accessible. Fortunately, the municipality has an expert salvage team on their payroll, who regularly venture into the canals armed with a boat-mounted, giant claw that easily wrenches bikes from the watery abysses hidden beneath Amsterdam.